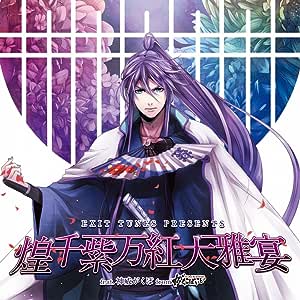 Music Love
5つ星のうち5.0 Awesome!
2013年7月11日にアメリカ合衆国でレビュー済み
Amazonで購入
I'm constantly listening to this and Gackpoid's V3 Celebration CD (on my iPod, since I do not own a CD player - can't wait to play it in the car, though). The songs are in amazing quality!! Much better than trying to rip them online or something, and in my opinion it's much better to support something you like. Vocaloid is so much harder to do so since everything is essentially online...but it is definitely worth it!

There are 18 tracks on here, so there's a large selection, and I've heard many songs I didn't even know existed but are definitely a pleasure to listen to. Since it's so hard to find good Gakupo songs sometimes, this is definitely godsend.

Seeing as I bought both this and the V3 album, I was afraid I would not like this one as much because of the older Vocaloid2 bank in use here - but I was wrong, seeing as I listen to this one probably as much as my other one. The producers just did such a good job with his voice, that I can't help but listen to it over and over again.

This album came with a CD, a lyric book, and to my surprise a goodies case as well. I thought the extras were all limited edition or something and did not expect to get one. The goodies are a keychain, a sticker sheet, and a fake credit card with Gakupo's name, birthday, and design on it. All of them have the same design as the picture on the front cover of this album (which is quite beautiful!). They were great additions to the album; getting goodies is always a plus.

As always, these songs are all in Japanese (the lyric book is too), and it's hard to find a translation online sometimes but I listen to it for the music anyway, regardless of the language.

I can't think of any cons. If you are a fan of Vocaloid/Gackpoid then you should consider getting this album. : )