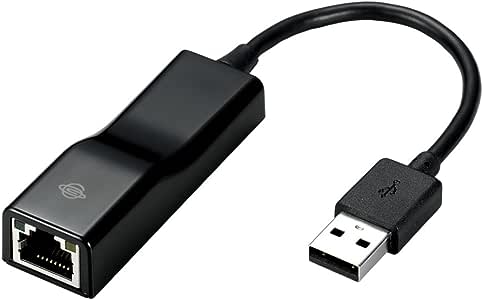 Sarah Kidd
5つ星のうち1.0 Just didn't work
2013年1月3日にアメリカ合衆国でレビュー済み
Amazonで購入
Now, before you start assuming I'm one of those people that sucks at technology, stop. I am a computer science major and I've been working with tech stuff since I was a little kid. I first tried to use it for my Wii, and after 30 minutes of trying different things (like having the Wii off, then plugging it in, then turning on the Wii, and then tried with the Wii on plug it in, try it (failed), turn off, turn back on, try again (failed)), I wondered if it had to do something with my Wii, so I tried it on my laptop in a USB port that I knew worked, and it didn't register it on my laptop either. So I tried several times to contact customer service from this company, and they said it must have been user error. They talked very rudely to me, kept me on hold for over 10 minutes, talked to me like I was stupid, and then said they wouldn't exchange it or give me a refund for it. I think at the time I only spent like, $10 on it, but I still lost money. But in the end, I was more upset by the way the company treated me than the product not working.
続きを読む
違反を報告
レビュー を日本語に翻訳する

Saby
5つ星のうち5.0 Works just fine
2010年12月16日にアメリカ合衆国でレビュー済み
Amazonで購入
I have been using this product on my Wii.Construction is very good. Was a bit apprehensive of trying this over the one sold by Nintendo as I have read earlier that the WII gives trouble with non-WII ethernet adapters. This one is way cheaper than the one sold by Nintendo and works just fine with the Wii console. Overall very happy with the product.
続きを読む
5人のお客様がこれが役に立ったと考えています
違反を報告
レビュー を日本語に翻訳する

Amazon Customer
5つ星のうち5.0 Works great with Wii
2011年1月11日にアメリカ合衆国でレビュー済み
Amazonで購入
Wanted to have a wired connection for the Wii, looking at some of the reviews over other lan adapters for Wii here on Amazon I was a little cautious. this one was resonably priced and I saw that it's earlier revision had great reviews, so I bought this newer model and it works flawlessly... I love it!
続きを読む
3人のお客様がこれが役に立ったと考えています
違反を報告
レビュー を日本語に翻訳する

Brian Sponaugle
5つ星のうち5.0 Works with Wii
2011年6月4日にアメリカ合衆国でレビュー済み
Amazonで購入
I don't know why it is in the game category since it is a USB to Ethernet converter. It does work as a plug and play device. Plug it into your Wii and forget it is there.
続きを読む
違反を報告
レビュー を日本語に翻訳する
すべてのレビューを参照します
Amazonプライム会員ならお急ぎ便、日時指定便が使い放題
さらに、映画もTV番組も見放題。200万曲が聴き放題 。クラウドに好きなだけ写真も保存可能。
> プライムを無料で試す