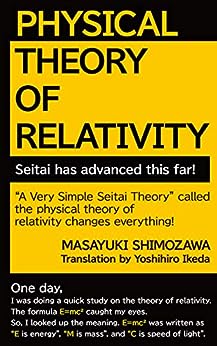 英語版 MASAYUKI SHIMOZAWA (著), Yoshihiro Ikeda (翻訳) 形式: Kindle版
すべての形式と版を表示
Sorry, there was a problem loading this page. Try again.
We have various physical problems. The more serious the physical problem is, the more important is the physical resistance. In fact, manual therapy is the technique to utilize human physical resistance. By manual therapy, it improves the current physical problems which are disturbing the physical resistance. You may doubt that such a thing is possible, however, it is possible.
Humans have not lived by science. Science is the knowledge of recent years. However, humans have survived by themselves since the ancient times. Because the physical resistance which everyone originally possess has been playing an important role. As science has evolved, it also has brought us the convenience of abundance. However, the convenience also has the aspect of hindering human physical resistance. Unfortunately, science has not taken serious consideration on the effectiveness of manual therapy for physical resistance problems. However, what the society is looking for today is truly realistic approach on physical resistance problems.
Generally speaking, many in the manual therapy consider that the cause of physical problems is “blood circulation”. With it, they point out problems such as “stiffness” and “distortion” of the body. Thus, many people use the techniques to stimulate the body by “pushing” and “massaging” in manual therapy. Certainly, if there is a part of the body with bad blood circulation, there might be some problem. However, the question is whether the bad blood circulation in the body can be really improved only by stimulating the body or not.
One day, I was doing a quick study on the theory of relativity. The formula E=mc² caught my eyes. So, I looked up the meaning. E=mc² was written as “E is energy”, “M is mass”, and “C is speed of light”. Special relativity by theoretical physicist, Albert Einstein is famous. This meaning for the existence of physics shown in the simple formula, E=mc², which the genius physicist came up with made me realize that we should also consider some sort of “physical meaning” in our human body on the earth. However, instead of understanding such difficult physics, a commoner like myself decided to link the expression “relative” to “physical event” in the body.
続きを読む
Previous page
Next page
販売： Amazon Services International, Inc.
【買取サービス】 Amazonアカウントを使用して簡単お申し込み。売りたいと思った時に、宅配買取もしくは出張買取を選択してご利用いただけます。 今すぐチェック。