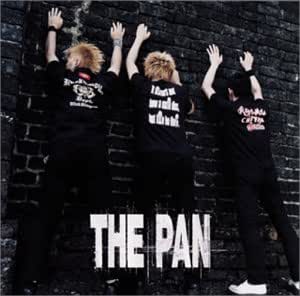 Douglas Snyder
5つ星のうち4.0 For Beau Brummels collectors!
2015年1月25日 - (Amazon.com)
Amazonで購入
This obscure album features RON ELLIOTT from the Beau Brummels, who wrote every song. I am a big fan of Ron, yet I had not even heard of this LP until recently, and have never seen a copy of the record, which was released on Columbia in 1973. The group also feature Val Garay who went on to produce major LA sessions, and Keith Barbour, a singer with an outstanding voice, whose earlier solo album ":Echo Park" can still be found in record bins. These are consummate musicians, who make a bright adult pop sound, something that never really caught on commercially, and is overlooked by the popsyke collectors. Their music is perfectly executed, and is quite unique. It may not be for every rock collector, but it is fascinating how such excellent work can be totally ignored by the mass public. The Japanese CD issue is an exact replica of the original LP, but doesn't add much to the history of the work. Still, this is worth having for Ron Elliott fans, as this is one of the last records he made after a rich, but disappointing career as one of America's truly briliiant musician and songwriter, I highly recommend it!
続きを読む
レビュー を日本語に翻訳する

Randall Richmond
5つ星のうち4.0 Forgotten Gem
2015年7月8日 - (Amazon.com)
Amazonで購入
A real gem from the seventies. Ron Elliott from the Beau Brummels was a key component, but excellent musicians across the board.
続きを読む
レビュー を日本語に翻訳する

A. Dutkiewicz
5つ星のうち2.0 Nice production
2003年10月23日 - (Amazon.com)
This album should not be confused with another of the same title, of Danish (?) origin, released on Sonet in 1970. That album has somewhat of a cult reputation as a widely unheralded classic in prog circles. This one is American, released in 1973, and at a different level and pitch to the other, European Pan.
This Pan is not a ground-shaker, the music is pretty and mellow, in the territory of the Byrds, Seals and Crofts, America or It's A Beautiful Day, that kind of style. There are odd instruments in the mix, harp on the second track (Lady Honey), along with pleasant driving acoustic guitar and strings. Steel guitar is featured quite a lot.
One should comment on the superb presentation and production values of this package. Sony Music Japan have taken out all the stops with this one, complete with bilingual booklet with lyrics for all tracks, and b&w photos of the band.

Golovanov Alexey
5つ星のうち5.0 Run to death
2011年7月4日 - (Amazon.com)
"Pan" was a brainchild of French composer, songwriter, guitarist and singer Robert Lelievre, who formed this heavy progressive act with Arne Wurgler on bass, brothers Puggaard-Muller - Thomas (guitar) and Michael (drums), and Henning Verner (organ)in 1969.
The music of the band is a reflection of confused and complicated personality of Lelievre himself - it is quite heavy, sad to the point of depression, extremely talented, - a fusion of progressive, blues, psychedelic...
Robert Jean Francis Lelievre was born in 1942, in Bourd-d'Oisans (dept. of Isere), after a short attempt to study architecture, he served for 3 months in the army, and deserted to become a social outcast and hitchhiking guitarist - first Spain, then Italy, Greece, Belgium, Sweden, Denmark...In Belgium he first met with Cy Nicklin (English guitarist & folk singer) and Maia Aarskov (Danish singer & accodeonist), with whom he formed folk trio Cy, Maia and Robert (when back to Copenhagen). That was another folk-trio of hippie's era, which enjoyed some success in Denmark, but didn't make it big (some singles/albums are available, but they are unimpressive and irrelevant).
Perhaps, if Lelievre could be in France during these years of turmoil and social unrest, he could have emerged as "vedette", but he simply couldn't be there - he should serve 4 years imprisonment as deserter.
In 1968 Lelievre travelled to London seeking a contact (and contract) with legendary Georgio Gomelsky - then working for "Polydor" (rumours: Lelievre was invited by Paul McCartney for newly founded "Apple", he was invited by Bryan Auger/Judy Driscoll; he recorded with John McLaughlin and Bryan Auger, he met Paul Simon, etc, etc). Anyway, during his stay in London, Lelievre was close with "Blossom Toes" (What on Earth: Demos & Outtakes 1967-69, and recorded a couple of French-language singles for Gomelsky's own label - "Marmalade" (bombed in France, and later appeared on the label's compilation).
Lelievre returned to Copenhagen, where he formed High Crossfield, which soon evolved into "Pan". The debut album of "Pan" - 1970 - was big success in Denmark, followed by band appearances on TV and radio,they recorded music for the films, the press was almost extatic, but outside of Denmark the act was almost unknown, and domestic market was too small to secure enough sales.
In 1972 Lelievre finally went to France, and spite of the amnesty was sent to jail. When finally released, Robert Lelievre returned to Copenhagen, where he struggled for a while before committing suicide on 26th August 1973.
"Pan" is an album apart, with all songs (but one only) written by Robert, two songs are in French, while the rest is in English - and his accent gives them some weird charm. Together with "Savage Rose" (Anthology), "Pan" remains most important Danish act, and rare artefact of the world of progressive.
R.I.P., Bebert!