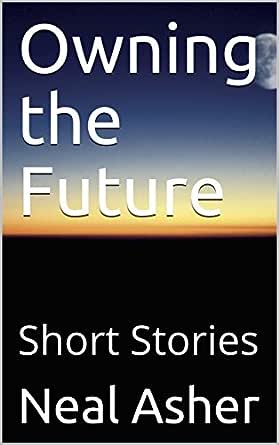 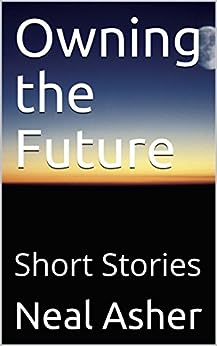 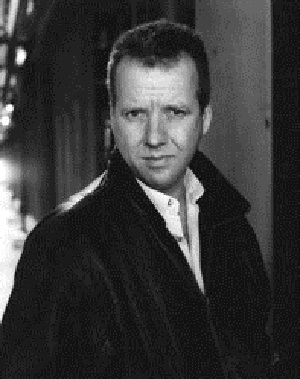 I have a varied collection of short stories in my files and, of course, the temptation is there to dump them on Kindle, take the money and run. However, though I think some of them are great, some aren’t, and some are profoundly dated. I am aware that there are those out there, who will just buy these without a second thought, so I have to edit, be selective, and I damned well have to show some respect for my readers. Kindle in this respect can be a danger for a known writer, because you can publish any old twaddle and someone will buy it. Time and again, I’ve had fans, upon hearing that I have this and that unpublished in my files, demanding that I publish it at once because surely they’ll love it. No they won’t. A reputation like trust: difficult to build and easy to destroy.

I’ve therefore chosen stories other people have published here and there, and filled in with those I really think someone should have published. Here you’ll find some Polity tales, some that could have been set in the Polity (at a stretch) and some from the bleak Owner universe. Enjoy!

Tghu Verd
5つ星のうち3.0 Interesting but not compelling
2018年7月25日 - (Amazon.com)
Amazonで購入
The earliest story in this collection seems to be "Strood", from 2004, with the rest ranging from 2007 through to 2013, and it is helpful that most of the nine shorts are placed in either the Polity or the Owner universes as that gives a 'what to expect' if you're familiar with those series.

If you're not, I don't actually recommend this as a good taster of Asher's work. Most of the stories are clunky, and the grammar generally has strange glitches, particularly with the (mis)use of commas. Overall, I really only enjoyed one short - "Owner Space" - as the others included a degree of experimentation with style, particularly with "Bioship" and the opening of "Shell Game", or just weren't that engaging. Quite a few times it felt as if Asher was going for flowery prose over clear prose, and I struggled in too many places to visualize what he was trying to convey, rather than just enjoy the story. Asher himself notes "I think some of them are great, some aren't, and some are profoundly dated", which is a realistic and honest representation.

So, what do you get for your money:

"Memories of Earth" is a Rip Van Winkle style story from 2013 regarding a brilliant man riding out tragedy by sleeping time away, apparently from "The Owner" series but it most reminded me - for no obvious reason I can figure - of Asher's novel "Cowl". I did not get into this short, it felt superficial, as if Asher was playing with elements of technology and plot just to see what might work together.

"Shell Game" is a 2009 Polity short about the comeuppance of an alien race and it was interesting, and if you've read all the Polity novels, the concepts of ennui around 200 human years of life, AI's that seem less than sane, (apparently) ethical nudging of entire cultures, and technology that borders on magic will be familiar.

"The Rhine's World Incident" is another Polity short, this time from 2008. It's essentially Separatists going up against the Polity, and if you've ready any Polity at all, you'll know how that turns out. It's really only notable because it's the first outing of the Brockle, which turns up in later novels, but standalone like this, that's really a "so what" factoid.

"Owner Space" is a 2008 short, and as I noted, it's the one that most enjoyed. That's because it has the most humanity in the characters, and also because who doesn't love an invincible foe with a sense of humor?

"Strood" is from 2004 and flashed me back to Damon Knight's "To Serve Man", which is a classic short from 1950. Time has marched on and this lacks the dread of "To Serve Man", but it's a tweak on that in any event, and a good one as it turns out.

"The Other Gun", another Polity short from 2013, was just a touch confusing, mostly because it was intended to be as we're in the mind of a protagonist who is being coerced by the Client. The Client features in the the "Rise of Jain" trilogy, and this somewhat conflicts with that in my memory of that trilogy, but assume my mind is playing tricks on that!

"Bioship" is a 2007 standalone short where Asher seems to be playing with language, as it's somewhat arcane in feel and that made it harder to decipher for me. Essentially, a sentient ship and others collude to resolve an untenable situation, but it lacks drama because the characters are human-ish, and seem quite at-a-remove from each other, and the reader.

"Scar Tissue" hasn't been published before, but is another Polity short, with a cameo by Horace Begg. The theme seems to be Jain tech oriented, but it's not declared as such, and so the imperative for ECS to get involved was a bit confused for me. It had an interesting slip of concepts with regards tidal forces, how you feel their tug with artificial gravity, I can't quite get my head around.

Finally, "The Veteran", a 2007 short that combines a low-tech, humanity has slipped backward theme, with an ultra high-tech, awesomely powerful person in the eponymous character.

So, a couple hundred pages of Asher shorts. Mostly I found how they were written slightly off, in that rearranging a sentence would have made it considerably easier to read. It's kind of like how Nathan Fillion speaks in "Firefly". It's English, but the cadence and wording is not at all common. Definitely one for the fans, but you can skip it if you don't like shorts, or think it's a touch too expensive for the word count.

Ed Rybicki
5つ星のうち3.0 A mixed bag
2019年8月7日 - (Amazon.com)
Amazonで購入
Great Polity stories, so-so editing...and some not so interesting offerings. Not sorry I bought it, but not as good as I expected - sadly. OK, not everything’s going to match up with Line of Polity or other novels, but one could hope!
続きを読む
1人のお客様がこれが役に立ったと考えています
レビュー を日本語に翻訳する

josephmm
5つ星のうち5.0 Great set of short stories
2019年5月27日 - (Amazon.com)
Amazonで購入
Had already read one of the stores but they were all great and filled in the holes form other booked and stories that were out there. If you have an opportunity you should read this collection it was a fast and clean and well paced, each story a small window in to some of the riches that exist in his other works.

Thanks sir for the pleasurable pass time
続きを読む
レビュー を日本語に翻訳する

Amazon Customer
5つ星のうち5.0 Excellent Collection of Short Stories
2018年6月23日 - (Amazon.com)
Amazonで購入
Well done! The characters are all very well developed and the stories were detailed and enjoyable. If you are a Neal Asher fan, you won't be disappointed; great work from a modern master.
続きを読む
1人のお客様がこれが役に立ったと考えています
レビュー を日本語に翻訳する

Ian Leslie
5つ星のうち5.0 Master storyteller
2018年6月15日 - (Amazon.com)
Amazonで購入
I liked catching up with old friends, and new (loved Strood) in this entertaining book of short stories.
I’d recommend it to all Asher fans as well as those interested in reading more of his work.
Most entertaining, every bit as good as The Gabble.
続きを読む
1人のお客様がこれが役に立ったと考えています
レビュー を日本語に翻訳する
Amazon.comのカスタマーレビューを見る(15) 5つ星のうち4.3
click to open popover
Amazonプライム会員ならお急ぎ便、日時指定便が使い放題
さらに、映画もTV番組も見放題。200万曲が聴き放題 。クラウドに好きなだけ写真も保存可能。
> プライムを無料で試す