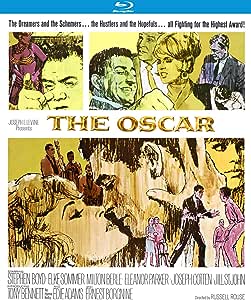 Timewaster
5つ星のうち5.0 THE STAR RATING IS DECEIVING!!!!!!!
2020年2月6日にアメリカ合衆国でレビュー済み
Amazonで購入
OK, this movie has been off the shelves for YEARS. It is known to be infamously BAD. But I'm on this mission - I'm trying to see EVERY competitively nominated film that has been given Academy recognition - all 3000+ (I made up the number but it's close to that). This picture received 2 nominations at the 1966 ceremonies for costumes and sets (trust me! you would never get it in the screenwriting categories). The badness starts right in the credits and carries on right to the end. The cast is HUGE both with name actors and wannabees. The cameos are endless and actually contain a number of people who I'm sure are rollling over in their graves when you mention this film. The heart of the problem is Steven Boyd: Steven Boyd was never a great actor, but he's pretty good in this film. The problem is, I wonder if it is acting - he plays a ruthless, cheesey, desperate individual that bullies his way thru the picture taking advantage of everyone AND THEY ALL TAKE IT - they complain but they take it. His first girlfriend is Jill St John (who I'm wondering if she remembers it) who's not in the film long but long enuf to get used, chewed up and thrown out. His wife is Elke Sommer (who couldn't act). He berates her daily, and she leaves and then comes back for more. Thru it all is his best friend - Tony Martin who takes Boyd's crap on an hourly basis. He whines and cries and feels sorry for himself but he comes back in the next scene ready for more - he's a pathetic character (one of many). Milton Berle is in the cast in one of the few (if only) dramatic roles he's ever played. If you read any other reviews, you will find he is the only character the critics could tolerate. The film(?) was executively produced by Joseph E. Levine who was an expert at taking good properties and turning them into GodAwful films.
SO WHY THE FIVE STARS???
The 5 stars are because you can't make a picture this bad unintentionally. You have to TRY to be this way. Hopefully PRIME will put this out on a streaming contract. It's not necessarily worth buying unless you are in my position and trying to see as much honored(?) film as possible. But if you do decide to watch it - start a load of laundry without the soap in the machine --- there will be plenty of that soap on the TV. It just won't be sudsy.

warren
5つ星のうち4.0 terrible movie, great curiousity
2020年2月7日にアメリカ合衆国でレビュー済み
Amazonで購入
awful script, but overacted into a most curious adventure. Eleanor parker is so beautiful it hurts. tony bennett made a great choice to not act anymore after this and remain the greatest voice. boyd chewed up most of the scenery and closed the studio (practically.) Milton berle was most excellent. jill st.john was jill st.john. look for Hedda hopper, bob hope, joan Crawford, ernest borgnine, merle oberon, frank & Nancy Sinatra, and edith head who's clothes made the movie. enjoy with popcorn and a smile.
続きを読む
4人のお客様がこれが役に立ったと考えています
役に立った
違反を報告
レビュー を日本語に翻訳する

HAYLYN. THE ANALOGUE MAN
5つ星のうち5.0 Eye Of The Beholder...
2020年2月24日にアメリカ合衆国でレビュー済み
Amazonで購入
Never did see The Oscar in the cinema or any other source, TV or Video issue as there were none. Always had the CD of Percy Faith great score having played it as a substitute to the film, wondering what it would be like.
It has taken until now with two of my very obscure wants, 'Underwater ' and 'The Oscar' being recently released.
I wasn't disappointed with either, The Oscar has all the excitement I used to read about in the film magazines in my early days, about Hollywood.
With all that temptation in the dream factory, it all comes out in this film. A very bitter man, who because of something happening in his childhood, affects his relationship with everyone he meets. From the early years of trying to get into the entertainment business and to the heights of Hollywood stardom, he mow down everyone in his path to get what he wants, despite the hurt and tragedy he creates.
Stephen Boyd is a great actor and has terrific screen presence, as he wields his destruction in such venom, in real life he would be eliminated fast. But this is from the Hollywood dream factory. Some beautiful actresses dressed with famous Edith Head's designed costumes for the film, and with a very short cameo appearance. Hansom actors of the time also grace the screen. The print is Full Widescreen and the Blu Ray is a nice fine grained picture.
With all the star appearances, one particularly was impressive, the singer Tony Bennett, as the faithful friend of Boyd, who insult and abuse him to the end of the film. It was nice to watch his performance. The film starts and ends with the Oscar ceremony with the story in between. A terrific film, worth every minute,but as I mentioned, it's all in the eye of the beholder.
Recommended.
UK viewer

TerryMNY
5つ星のうち5.0 My Dream Came True!!!
2020年2月18日にアメリカ合衆国でレビュー済み
Amazonで購入
I dreamed for years that somehow this movie would be put on DVD. It has been my 'guilty pleasure' since seeing it as a young teen. I have told people for years, that this movie is so bad that it's good....Overacting...Yes! Beautiful clothes...Yes! A bevy of stars from the past...Yes! I just adore this movie! As I said previously, it's so bad that it's good is so true. Once I start watching it, I just can't stop, and I have seen it over the years more than 100 times. I actually taped it on VHS decades ago from late night TV and have continued to watch it all the time. If you are a film buff, and enjoy seeing the stars from Hollywood's Golden Age all in one place, than don't pass up the opportunity to see this...you won't be sorry!
続きを読む
役に立った
違反を報告
レビュー を日本語に翻訳する

C. Wilkins
5つ星のうち5.0 Happy !
2020年2月16日にアメリカ合衆国でレビュー済み
Amazonで購入
I have been looking for this movie for years, and I am extremely happy to finally find a really good DVD with excellent picture quality and sound.
続きを読む
1人のお客様がこれが役に立ったと考えています
役に立った
違反を報告
レビュー を日本語に翻訳する
その他の国際レビューを読み込む