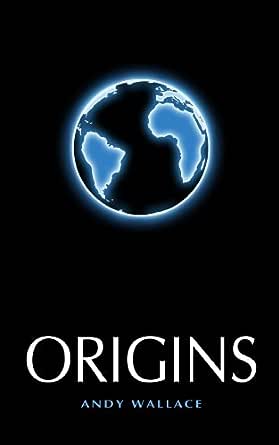 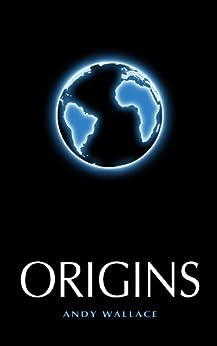 Kindle junkie
5つ星のうち3.0 Good ideas but got a little bogged down and needs editing
2014年5月2日に英国でレビュー済み
Amazonで購入
Quite liked the ideas behind this story and the characters started off as believable and interesting. However it was full of typos (mainly missing or extra words) and it let itself down by constantly getting bogged down with petty details eg I remember at one point thinking I don't want to know what they had for breakfast, just get on with the story!! Also, as a reader you don't need to be told the same things over and over just because another character has been introduced to the mysterious devices and what they could do. I started having to skip small sections that described the information on the device because I got bored.
SLIGHT SPOILERS NOW SO DON'T READ ON IF YOU INTEND TO READ THE BOOK
I lost interest in the protagonists when they proved to be just as murderous and unwilling to start any communication as the 'people' behind it all. I finished the book feeling it had started very promisingly but had deteriorated into a plot that was inane and almost childish. The twist finish was a little bit like one of those wake up and it's all a dream endings. Clearly a lot of effort has gone into the story and I did enjoy parts of it but I think the writing definitely needs a ruthless editor.

Rich
5つ星のうち4.0 Starts slow but gets better
2013年8月21日に英国でレビュー済み
Amazonで購入
Overall I enjoyed this book. The idea behind it is pretty original, I was pleasantly surprised when I discovered what was going on because it was not what I expected. The first quarter of the books is pretty slow but things improve after that. It's clear this is a new author finding his feet during the book, and it's not perfect, but it's just as clear that a lot of effort has gone into it. I've detailed below the things which spoiled it for me a bit but still believe it's a good start from a new author.

The start of the book is filled with what I best describe as 'a lot of waffle'. I certainly expect books to have some back story but I felt that there was much too much detail in this one. There was significant details about company backgrounds, childhood, a BBQ scene that was totally spurious and descriptions of images/views that went into far too much minutiae and actually made it harder for me to visualise. What made this worse was the fact that these descriptions were unbroken blocks of text, sometimes segueing into each other, giving rise to pages of details only of limited importance to the story. Thankfully this need for detail dissipated around 1/4 of the way in and the story picked up pace.

The characters were...ok but nothing special. They had pretty good back stories (as noted above!) but in general they all seemed pretty much alike in their behaviours and reactions, and these were sometimes unbelievable. After discovering this really very incredible device they play with it like it's a toy! Only a vague reaction of concern over its origin, no consideration as to whether anyone would be monitoring its use. They may have said they were concerned once but did nothing about it for some time. The small talk was pretty mundane and dull (I don't care what sort of pizza you want to eat), and could have been abbreviated. They all agreed with little argument, they were all friendly well mannered people. It wasn't terrible (maybe apart from some dialogue) but there could have been more variety of behaviours.

It also felt that there was a lot of convenience within the book. Perhaps going as far as deus ex machina at times: Characters that have access to rather specialized equipment as it is needed, other characters suddenly revealing really useful skills at the right time, and unbelievably poor security at an army base, to name but a few. Again, not terrible but it did make it feel like the book was 'cheating' at times.

The last thing I'd say is that the level of technology involved did not seem consistent. Without going into spoilers, certain aspects of the technology seemed outdated compared to others, and based on what I know in hindsight, the overall level of technology was way too low. That's a minor point in the scheme of things though.

Apart from these irritations it is definitely worth a read. After I had got past the initial sluggishness I found myself being drawn into the story, wondering quite where the author was going to take me, and exactly how on Earth the characters were going to succeed in their goals. Hopefully if and when the author writes another book it will build on the lessons of this and be an even better read.
続きを読む
3人のお客様がこれが役に立ったと考えています
役に立った
フィードバックを送信中...
フィードバックをお寄せいただきありがとうございます。
申し訳ありませんが、お客様の投票の記録に失敗しました。もう一度試してください。
違反を報告
レビュー を日本語に翻訳する

Druid2
5つ星のうち4.0 great first novel
2014年3月6日に英国でレビュー済み
Amazonで購入
For a first Sc-fi novel Andy's done a great job. I was drawn in from the start and as the story warmed up I found it hard to put down. Its an easy read and there's some slow bits but that's true of most books. Sometimes the characters a bit too good but overall an excellent book and I for one look forward to the follow up. PS nice to read a book based in UK
続きを読む
役に立った
フィードバックを送信中...
フィードバックをお寄せいただきありがとうございます。
申し訳ありませんが、お客様の投票の記録に失敗しました。もう一度試してください。
違反を報告
レビュー を日本語に翻訳する

Brian Etheridge
5つ星のうち5.0 An interesting and exciting read
2013年6月18日に英国でレビュー済み
Amazonで購入
The story is well thought out and the central characters are believable and work very well together. There are many nicely adapted examples of modern technologies and where they could lead given time.

I really enjoyed this book and am looking forward to the sequel.

Lenny
5つ星のうち4.0 Highly recommended
2012年10月18日に英国でレビュー済み
Amazonで購入
Like a snow ball effect, the first couple of chapters are basic scene setters (a bit slow), however after that it's a complete race to the finish to see if they will or won't make it. A truly gripping book.

harry chaplin
5つ星のうち5.0 so good i read it twice
2013年11月16日に英国でレビュー済み
Amazonで購入
as headlne says so good i read it twice one of the better sci fy almost beleivable, plenty action, romance
adventure what i want to know now when is next book due and when is the film being released
続きを読む
役に立った
フィードバックを送信中...
フィードバックをお寄せいただきありがとうございます。
申し訳ありませんが、お客様の投票の記録に失敗しました。もう一度試してください。
違反を報告
レビュー を日本語に翻訳する

sarah-lou
5つ星のうち5.0 brilliantly imaginative
2013年10月10日に英国でレビュー済み
Amazonで購入
This book was a fantastic read, I couldn't put it down. It felt so real, I grew up near to where the book is set, and been to some of the places used in the book. A must read to anyone who like sci-fi books.
続きを読む
役に立った
フィードバックを送信中...
フィードバックをお寄せいただきありがとうございます。
申し訳ありませんが、お客様の投票の記録に失敗しました。もう一度試してください。
違反を報告
レビュー を日本語に翻訳する