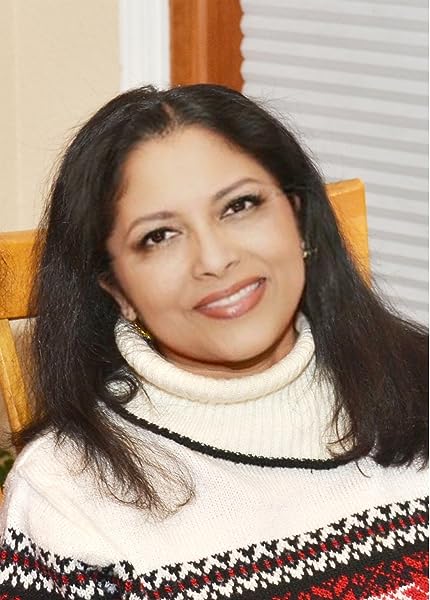 I found this book on modular origami enticing. The full-color photos on the cover and throughout the book are captivating and make the book live up to its title. … I highly recommend this book.
―Carla Moldavan, Mathematics Teaching in the Middle School, April 2012

A piece of paper has so much potential. Origami Inspirations is a guide filled with origami projects to be taken on by those of varying skill levels with origami. Presented in full color, Meenakshi Mukerji proceeds to break down the projects into step by step instructions, an introductory of many basic techniques, and organizes the projects based on the predominant technique in each. For anyone looking to get into origami or those who have some knowledge but seeking more ideas, Origami Inspirations may be what they are looking for.
―Library Bookwatch, June 2011

Mukerji presents yet another colorfully illustrated book, showing in clear diagrams how to make complex three-dimensional figures by folding paper. They include simple cubes, four-sink base models, and folding with pentagons. A miscellaneous section includes windmill base cubes, whipped cream, a star with spirals, and waves. Another section features models by guests, among them many different kinds of flowers and dodecahedron.
―SciTech Book News, February 2011

If you are familiar with Meenakshi Mukerji’s previous origami publications, then Origami Inspirations will not disappoint. … this is a great origami book for those who are dedicated to modular origami. … it is well suited for intermediate folders who are stout of character and have a strong sense of determination.
―Origami Resource Center

A whole book full of amazingly attractive new modular pieces. This book is highly recommended to all modular folders and those wanting to dabble in this pastime. Readers who purchased previous volumes in this series [Marvelous Modular Origami and Ornamental Origami] should, no doubt, unhesitatingly order this volume because of the high standard of diagramming and model novelty applied throughout the series.
―David Petty, British Origami Society, May 2010

The comprehensive nature of this book makes it a wonderful selection for both beginners and experts alike. I was particularly taken with the many models that can be made with just six units-the 'butterfly' cube being an outstanding example of a most pleasing form.
―Rachel Katz, OrigamiwithRachelKatz.com, May 2010

Meenakshi Mukerji (Adhikari) was introduced to origami in her early childhood by her uncle Bireshwar Mukhopadhyay. She rediscovered origami in its modular form as an adult, quite by chance in 1995, when she was living in Pittsburgh, PA. A friend took her to a class taught by Doug Philips, and ever since she has been folding modular origami and displaying it on her very popular website www.origamee.net. She has many designs to her own credit. In 2005, Origami USA presented her with the Florence Temko award for her exceptional contribution to origami.

Meenakshi was born and raised in Kolkata, India. She obtained her BS in electrical engineering at the prestigious Indian Institute of Technology, Kharagpur, and then came to the United States to pursue a Masters in Computer Science at Portland State University in Oregon. She worked in the software industry for more than a decade but is now at home in California with her husband and two sons to enrich their lives and to create her own origami designs. Some people who have provided her with much origami inspiration and encouragement are Rosalinda Sanchez, David Petty, Francis Ow, Rona Gurkewitz, Ravi Apte, Rachel Katz, and many more.

Meenakshi Mukerji was awarded the 2005 Florence Temko Award by OrigamiUSA for her contributions to origami. She is the author of Marvelous Modular Origami and Ornamental Origami: Exploring 3D Geometric Designs, and she maintains the popular modular origami website, www.origamee.net.

opinion_421
5つ星のうち5.0 Mathematical, helpful
2018年1月27日にカナダでレビュー済み
Amazonで購入
I resisted buying this for years. What stands out for me today is that she provides solutions to the even-color-distribution problem for the polyhedrons of origami modulars, a topology problem only alluded to by other authors who leave the reader/folder to trial & error. She also provides proofs for the geometry behind folding a square into thirds and making a regular pentagon from a square, and gives recommendations for paper size and properties, which was not done as often in 2010 as it is now.
続きを読む
違反を報告
レビュー を日本語に翻訳する

Irene
5つ星のうち4.0 Beautiful diagrams, interesting compilation
2013年2月26日にアメリカ合衆国でレビュー済み
Amazonで購入
This is a strong collection of somewhat related diagram sets that produce 3D modular origami cubes, dodecahedrons etc. Good for intermediate to advanced levels, although enough information is provided in the work that ambitious beginners would probably be more than able to make the folds. The pictures of completed works are also quite nice for a slim paperback.

More than most modular origami books, this particular one focuses on a range of possible variations on a particular theme, this results in a more detailed series of related pieces, should the folder desire. However, people who are looking for a wide range of dis-similar pieces may find the book a bit repetitive.

I would suggest this book to those interested in modular origami.