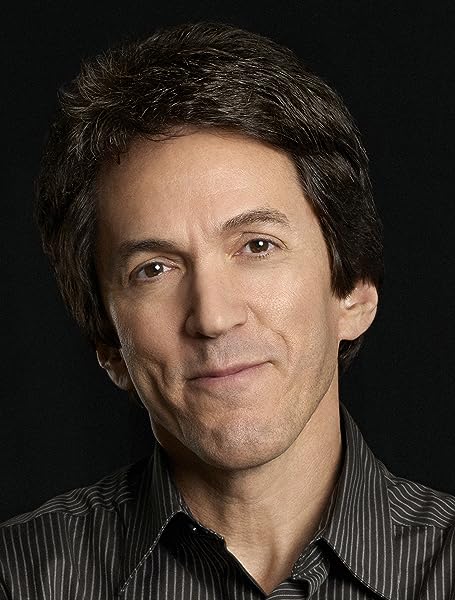 This is the story of Charley, a child of divorce who is always forced to choose between his mother and his father. He grows into a man and starts a family of his own. But one fateful weekend, he leaves his mother to secretly be with his father--and she dies while he is gone. This haunts him for years. It unravels his own young family. It leads him to depression and drunkenness. One night, he decides to take his life. But somewhere between this world and the next, he encounters his mother again, in their hometown, and gets to spend one last day with her--the day he missed and always wished he'd had. He asks the questions many of us yearn to ask, the questions we never ask while our parents are alive. By the end of this magical day, Charley discovers how little he really knew about his mother, the secret of how her love saved their family, and how deeply he wants the second chance to save his own.

Mitch Albom is an author, playwright, and screenwriter who has written seven books, including the international bestseller Tuesdays with Morrie, the bestselling memoir of all time. His first novel, The Five People You Meet in Heaven, was an instant number-one New York Times bestseller that has since sold more than six million copies worldwide. Both books were made into acclaimed TV films. Mitch also works as a columnist and a broadcaster, and serves on numerous charitable boards. He lives with his wife, Janine, in Michigan.

edrm
5つ星のうち5.0 What Charley Found After He Staggered into His Old House
2008年4月2日に日本でレビュー済み
形式: ペーパーバックAmazonで購入
I'd say Charley would have ended up in a complete loser without seeing his mother miraculously. She had already died a long time ago in reality, though. Because he got a chance to know more about his mother who he didn't recognize before her death. Of course, the family didn't always live happy lives. Charley's parents' divorce, his breakdowns of the minor baseball league, his losing jobs―he took such a real beating that he got addicted to alcohol.
In the end, his wife, Catherine and her daughter walked away from him. To make matters worse, he wasn't invited to her daughter's wedding! After all, he regretted the rest of his life and attempted suicide, but in vain.
Overall, he passed away 3 years after his attempted suicide. However, after he could see his mother, he was sure to be able to respect her and learn what he didn't know about her.

Amazon Customer
5つ星のうち5.0 Must read!
2007年7月15日に日本でレビュー済み
形式: ペーパーバックAmazonで購入
Well, after I read "tuesdays with Morrie", I got interested in the author, and that is right. This book tells you the important thing we may be losing in this busy world. Take time to read it, and love your family.
続きを読む
2人のお客様がこれが役に立ったと考えています
役に立った
コメント 違反を報告
レビュー を日本語に翻訳する

Deb
5つ星のうち5.0 Read this. If you put it down. Pick it back up!
2018年12月23日に英国でレビュー済み
形式: ペーパーバックAmazonで購入
I’m sure you have heard similar stories. I’m really pleased I read this one!

I have previously read some of Mitch Albom’s books, like Tuesdays with Morrie and The five people you meet in heaven and have been able to connect with the stories. However, I don’t normally find the covers of his books particularly inviting but it was because it wouldn’t usually grab my attention that I picked this one up to read the blurb. And once I had read the blurb I had to read the book.

Most of us have lost someone close to us and have had thoughts of ifs and buts. I bought into the twists and turns of the book and it felt totally believable to me. I didn’t cry, but I definitely sat back at the end of the book and thought ALOT

There are some things as human beings we need to hang onto. This reminded me of some of those things.
続きを読む

Billy L
5つ星のうち5.0 Superb read, Mitch Albom has a way of writing to reach the soul of the reader
2013年2月17日に英国でレビュー済み
Amazonで購入
This was the 3rd Mitch Albom book that I've read recently, and although the subjects may differ, he writes in a way that makes you look at life in an more open and humane way.

My son read one of the Albom books (Tuesdays with Morrie) as a 15 year old at high school and said it helped him decide to be the best person that he could be in life. I suppose that's as accurate a description as I could come up with.

There is something deep and meaningful about the way this, and the other Mich Albom books are written. It projects an image of the situation in the readers imagination and leads you through a path of understanding and empathy in the journey the subject(s) in the book are facing. I found each of of the books hard to put down, and they became my end of day release from the stresses and strains of life. I think each reader will find their own personal emotional challenges and parallels from their experiences and personal circumstances.

I love the way these books are written. Mitch Albom has a style that I have never come across before. I would highly recommend if you do wish to read something fairly short and deep.
続きを読む
2人のお客様がこれが役に立ったと考えています
役に立った
フィードバックを送信中...
フィードバックをお寄せいただきありがとうございます。
申し訳ありませんが、お客様の投票の記録に失敗しました。もう一度試してください。
違反を報告
レビュー を日本語に翻訳する

Preston
5つ星のうち5.0 A book to help you cope
2019年3月2日に英国でレビュー済み
形式: ペーパーバックAmazonで購入
An obvious line but one that will resonate with all those who have lost someone precious. This book does it very well even though it is set in the USA and requires "American thinking" in parts. I heartily recommend it.
続きを読む
役に立った
フィードバックを送信中...
フィードバックをお寄せいただきありがとうございます。
申し訳ありませんが、お客様の投票の記録に失敗しました。もう一度試してください。
違反を報告
レビュー を日本語に翻訳する

Tracey Marsh
5つ星のうち5.0 Must be read - again and again...
2015年5月11日に英国でレビュー済み
形式: ペーパーバックAmazonで購入
This is the best book I have ever read because it resonated so much and not for obvious reasons. The writer is simply superb because he captures feelings so well with words. It's a short novel and therefore very quick to read - in fact you could probably read this in one day!
続きを読む
5人のお客様がこれが役に立ったと考えています
役に立った
フィードバックを送信中...
フィードバックをお寄せいただきありがとうございます。
申し訳ありませんが、お客様の投票の記録に失敗しました。もう一度試してください。
違反を報告
レビュー を日本語に翻訳する

sazmc
5つ星のうち5.0 Breathtaking and beautiful
2012年8月10日に英国でレビュー済み
形式: ペーパーバックAmazonで購入
Another Mitch Albom wonderful story. It starts with Charley looking back at his life and what he has lost.This is pretty much everything.He has a crash and this is where things get interesting.He meets his mother who is dead and they go though a journey and he remembers old times as well as what is happening to them now .This is a book of regrets to some extend and what you would say ,do and ask if you had one more day,but also of unconditional mothers love.I have recommened this book to many and all have loved it greatly.
続きを読む
役に立った
フィードバックを送信中...
フィードバックをお寄せいただきありがとうございます。
申し訳ありませんが、お客様の投票の記録に失敗しました。もう一度試してください。
違反を報告
レビュー を日本語に翻訳する

Mark Dene
5つ星のうち5.0 Magnificent!
2013年3月21日に英国でレビュー済み
形式: ペーパーバックAmazonで購入
Mitch Albom makes you think about life - he doesn't resort to padding, is clear and precise - he understands people and forces you to evaluate your own life without being too emotional. It's a book you can read again and again and keep learning. His characters are real and understandable.
Thank you Mitch Albom.
続きを読む
役に立った
フィードバックを送信中...
フィードバックをお寄せいただきありがとうございます。
申し訳ありませんが、お客様の投票の記録に失敗しました。もう一度試してください。
違反を報告
レビュー を日本語に翻訳する

H. Zachariou
5つ星のうち5.0 Great read !! Loved it !!
2014年11月19日に英国でレビュー済み
Amazonで購入
I read Mitch Alboms five people you meet in heaven and loved it . This one was just as good !! Great read! Definatly going to read any others now by Mitch Albom .
続きを読む