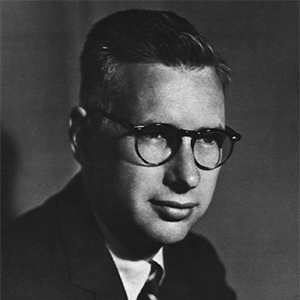 JOHN BROOKS was an award-winning New Yorker staff writer and author of several critically acclaimed explorations of business and Wall Street. Besides Once in Golconda, these include The Go-Go Years (Wiley), The Games Players, Business Adventures, and The Fate of the Edsel.

Bondi_Dan
5つ星のうち3.0 Probably good in the day . . .
2018年10月10日に英国でレビュー済み
Amazonで購入
Undoubtedly the Author is connected to 'anyone who is anyone, back in the day'.

The first 1/3 was a good story about NYSE, I hoped the balance would be as interesting. The story evolved into a Soap Opera and none of it is relevant to today. Great detail . . . about not very much.

Amazon Customer
5つ星のうち5.0 Great story
2017年12月18日に英国でレビュー済み
Amazonで購入
indisputable proof that human nature and behaviour never changes - whatever science delivers and technology brings it makes no difference. The events described so elegantly in this book, the actions and reactions of the players reflect critical dramas occurring today (Brexit etc) and why history and reflection should define and influence our future actions.
続きを読む
違反を報告
レビュー を日本語に翻訳する

DOPPLEGANGER
5つ星のうち5.0 The Best
2006年10月11日に英国でレビュー済み
Amazonで購入
Of all the many,many history of business/financial type books I have read over 45 years "Once in Golconda" stands out like a beacon, radiating fact, feel for the period, intrigue and a fascinating insight into Wall Street and the political and monetary machinations of the era. Moreover it is highly readable to the extent of being addictive... the end of the book being an unwelcomed intruder!
続きを読む
2人のお客様がこれが役に立ったと考えています
違反を報告
レビュー を日本語に翻訳する

Navaneethan Santhanam
5つ星のうち4.0 Starts slow, but picks up steam
2020年4月12日にインドでレビュー済み
Amazonで購入
It’s curious that this book is subtitled ‘A True Drama of Wall Street 1920-1928 when much of the action takes place after the Crash in 1929. The first half drags a bit, perhaps spending too much time introducing the principal actors, but from the moment Richard Whitney and FDR step on the stage, it gathers speed and and tells a lively tale of the protracted battle between Wall Street and Washington in the era of the New Deal. John Brooks has a lovely turn of phrase and relates the story with deft humour.
続きを読む
違反を報告
レビュー を日本語に翻訳する

T. Graczewski
5つ星のうち4.0 What a story!
2017年3月25日にアメリカ合衆国でレビュー済み
Amazonで購入
“Once in Golconda: A True Drama of Wall Street, 1920-1938” by John Brooks, first published in 1969, is a true classic of American business history. It’s really two books in one, or so I found.

First, Brooks brilliantly captures the zeitgeist of the Roaring Twenties and early Depression years through a number of colorful, but unrelated vignettes, such as the tragic September 1920 bombing of the JP Morgan offices at 23 Wall Street (still unsolved); the 1922 bear-raid on the Stutz Motor Car Company that ruined Alan Ryan, one of the aristocrats of Wall Street finance; several tales of stock market manipulation by lowbrow arrivistes like Jesse Livermore, one of the greatest speculators of the age (who would later commit suicide in the men’s room of a New York City hotel in 1940), Ben “Sell’Em” Smith, the most feared short seller on the Street, and Mike Meehan, an aggressive pool operator who made millions by gaming the stock of RSA (later he would be admitted to a sanitarium and expelled from the securities trade by the newly established SEC in 1937); the June 1, 1933 moment when 27-inch-tall Barnum & Bailey Circus performer Lya Graf (later to die at Auschwitz), posed on the knee of J.P. Morgan before his appearance at the Senate Finance Committee investigation into the activities of his celebrated firm; and the economic theories of Professor George Warren, the “Cornell dirt farmer” who briefly convinced President Roosevelt in 1933 to attack the dollar to improve agricultural commodity prices. These apercus are all entertaining and enlightening in their own way, but do not make for a memorable book on their own.

Second, and far more importantly, “Once in Golconda” is the story of Richard Whitney, his socio-economic class, the stock exchange he ruled over, the post-crash securities exchange reforms he vigorously resisted, and his personal downfall that literally destroyed an entire way of life on Wall Street. It is a story, had it been published as fiction before 1938, that “would surely have been dismissed as too fanciful and propagandistic” to have been believed by the general public, according to Brooks. It is a story of greed, stupidity, arrogance, karma, loyalty, and privilege, although certainly not in that order.

Richard Whitney in the 1920s and 1930s was what we would think of today as one of the “Masters of the Universe.” Tall, handsome, elegant, and educated at Groton and Harvard, a member of Porcellian (he wore a golden pig charm on his watch chain the rest of his life, including on the day of he was sentenced to Sing Sing) and the most exclusive private clubs in New York, he was “THE voice of Wall Street”. His older brother, George, was a senior partner at the House of Morgan. Dick, as he was known, made his name as president of the New York Stock Exchange. First elected president in 1930, he would lead an Old Guard network that fought reform of the institution every step-of-the-way, finally capitulating to the Securities Exchange Act of 1934, but with every intent of thwarting meaningful reform in practice. In the process, Dick Whitney became the public face of Wall Street. Superbly refined, haughty no doubt, but above all a gentleman in the very best sense of the word, his persona represented an institution both feared and admired by elected officials and common voters alike.

In the summer of 1933, Wall Street was on trial in the U.S. Senate. Lead prosecutor Ferdinand Pecora was “three-quarters righteous tribune of the people … one-quarter demagogic inquisitor.” Whitney fought strenuously against any government regulation of the stock exchange. But Pecora pounded away relentlessly, bringing to light the pools and manipulations that had netted their leaders quick millions during the go-go days of the stock market, often at the expense of common investors. He also exposed Morgan’s distribution of Alleghany Railroad stock in 1929, an exclusive private offering to friends and family of the prestigious firm (including the aviator Charles Lindbergh and political leaders from both parties) at $20/share when it was trading on the street at $40. The firm was literally giving money away to the already rich and the politically powerful. Brooks claims that “the House of Morgan would never entirely recover from [the exposure of the deal].” The government response was the new Securities Exchange Committee (SEC) and the supporting 1934 Congressional act of the same name. The bill enumerated no specific rules, but empowered the SEC with vast potential powers. “The cops were on Wall Street’s corner, and they were well armed,” writes Brooks. The first chairman appointed by FDR was Joseph Kennedy, the former stock market speculator and current Democratic Party patron. At first blush, the fox was guarding the henhouse. But Kennedy would prove to be an honest broker. William O. Douglas, the future Supreme Court justice, appointed head of the SEC in 1937, would prove even tougher.

After a brief honeymoon with the New Deal, Wall Street had reached its Roosevelt-hating nadir by 1934. “Investigated, ridiculed, reviled, scorned, and even, relatively speaking, impoverished,” the Old Guard, led by the patrician Dick Whitney, was suddenly vulnerable to a revolt from within, led by the lowly commissioned brokers that had for generations quietly accepted their second class status. John Wesley Hanes – an otherwise proper, Yale educated southern gentleman and “model tobacco princeling” – emerged as the radical reform leader on the Street who managed to oust Whitney from his roost atop of the Stock Exchange after five consecutive one-year terms in office.

Whitney desperately needed to retain his office for a variety of reasons, not least of which was the authority and power that it commanded. He had unwisely placed all of his eggs in one dubious basket: Distilled Liquors Corporation, manufacturer of “Jersey Lightning,” a type of applejack whiskey that Whitney believed would sweep the nation after the repeal of Prohibition. From a high of $45/share in 1934 the stock tumbled to $11 by 1936 and threatened to drop further still. Whitney began to borrow heavily and desperately in an attempt to defend the Distilled Liquors stock, the vast majority of which his brokerage firm, Richard Whitney & Company, ended up owning and thoroughly underwater on the investment. Whitney eventually turned from bad investor to embezzler when he leveraged his voluntary position as financial manager for the New York Yacht Club and NYSE Gratuity Fund to pledge the securities from those funds as collateral for personal loans in a last-ditch attempt to stave-off bankruptcy.

By 1938, Richard Whitney had finally run out of room to maneuver. After absentmindedly missing a regular meeting of the Gratuity Fund, the missing securities had been exposed, which triggered an audit. After that, it was only a matter of time until Whitney’s house of cards came crashing down. In March 1938 it was revealed that he owed $2.9M to his brother George ($50M in 2017 dollars), $475K to the House of Morgan (roughly $8M today), and another $1M (~$17M) to others. Brooks writes that “Wall Street at all levels was shocked into temporary catatonia” by the news of Whitney’s bankruptcy and criminal activity. According to contemporary piece in Nation Magazine, “Wall Street could hardly have been more embarrassed if J.P. Morgan had been caught helping himself from the collection plate at the Cathedral of St. John the Divine.” An era was officially over. No longer would the Stock Exchange be a private club operated by and for the benefit of a select few bearing the same elite pedigree and social class.

Richard Whitney was sentenced to 5-to-10 years in prison in 1938 for his defalcations (a word that appears quite often in this book), but was released at the earliest possible date, August 1941. He lived till 1974, out of the public eye, operating a gentleman’s farm in New Jersey.

All told, “Once in Golconda” is a delightful and entertaining read, and one ripe with parallels to our own time.