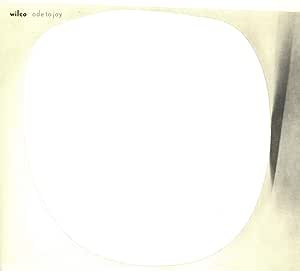 Ramin D.
5つ星のうち4.0 The Whole is Greater than the Sum of its Parts
2019年10月8日 - (Amazon.com)
形式: CDAmazonで購入
Along with Yo La Tengo, I’d consider Wilco to be the greatest American rock band of the past quarter of a century. Like YLT (who peaked from 1993 to 2000), Wilco’s creative zenith came over a seven-year period (1996 to 2003). Neither band has released a bad album since, proving their consistency and dependability to churn out good to excellent music time and again. In Wilco’s case, they’re now up to their 11th studio album, and it is yet another winner for sure, even if it doesn’t seem obvious at first. Had the tracks on “Ode to Joy” been released and listened to as 11 separate songs, one might justifiably be inclined to react by mumbling “meh” under one’s breath. As a unified piece, though, that is far from the case.

“Ode to Joy” is a low-key and hushed folk-rock record with some of Jeff Tweedy’s most direct lyrics to date delivered tastefully in a stripped-down fashion that reminds us to appreciate and enjoy the small moments in life. There are no grandiose instrumental workouts here; just subtle and mainly acoustic (even monochromatic) beauty. Tweedy’s worn and weary middle-aged voice, criticized by some these days, is actually perfectly suited to the material.

The album opens with the slow, dark, and syrupy “Bright Leaves” and (except for a gradual increase in melodicism, especially on the sweet ambling “One and a Half”) doesn’t pick up in pace until the fifth track, “Everyone Hides,” deservedly selected as the lead single. After another midtempo number (the wistful “White Wooden Cross”), we return to the lazy hazy tone that dominates the record. “We Were Lucky” sounds downright dirge-like, providing the crunchiest guitar riffs to be heard here. The next song, “Love is Everywhere,” which is absolutely giddy by comparison, capably shows off Wilco’s twangy folk leanings. The two closing tracks find Wilco returning to the more quiet and wistful tone established at the beginning.

Given the global leanings of so many anguished artists in these perilous times, it is surprisingly comforting and refreshing to see these lads present an insular and (dare I say) serene musical gift. It may not go down as one of their top crowning achievements, but Wilco has given us just what we need at the moment, and that’s no small feat!

Andrew
5つ星のうち1.0 Includes no digital download or Autorip digital version.
2019年10月5日 - (Amazon.com)
形式: LP RecordAmazonで購入
This is the first Wilco or Amazon Vinyl purchase I’ve ever made that includes neither an MP3 download card nor the typical Amazon Autorip digital copies. I’m reviewing the format and cheapness of this release, not the music. Folks, it’s 2019 but if you want to own this record and the mp3/digital version, you have to buy it twice. Very lame.
続きを読む
14人のお客様がこれが役に立ったと考えています
レビュー を日本語に翻訳する

MrSavoie2U
5つ星のうち3.0 I miss the more energetic Wilco
2019年10月5日 - (Amazon.com)
形式: CDAmazonで購入
Don't get me wrong, this is an enjoyable cd if you're decompressing for the night and want something laid back to listen to. However, I miss the more upbeat side of Wilco that existed not so long ago.
続きを読む
8人のお客様がこれが役に立ったと考えています
レビュー を日本語に翻訳する

JustaBob
5つ星のうち3.0 Tweedy Too Into Himself, Wasting a Great Band
2019年11月15日 - (Amazon.com)
形式: CDAmazonで購入
I am a big Wilco fan and have tickets to two shows on the tour to support this album. I bought the tickets before the release of the album, but may have cut it down to one show after it's release. I have listened to it several times, lyrics in hand. While there are a few songs in which his great band is utilized if somewhat minimally i.e. Quiet Amplifier, mostly he wastes the talents of world class musicians in service to what (I guess) he perceives as lyrics meant to be unadorned. While a couple of songs fit that bill (Bright Leaves) too many of the songs are rather pedestrian and lack poetry. I respect that this band is contently evolving, but Wilco is/should be a collaboration among 6 musicians each contributing to the life of he music - at least that is my sense of what Wilco is to me.
続きを読む
4人のお客様がこれが役に立ったと考えています
レビュー を日本語に翻訳する

John Cassels
5つ星のうち5.0 A+
2019年10月10日 - (Amazon.com)
形式: CDAmazonで購入
In his *Record Guide: Rock Albums of the ‘70s,* Robert Christgau defines an A+ record as follows: “an organically conceived masterpiece that repays prolonged listening with new excitement and insight. It is unlikely to be marred by more than one merely ordinary cut.” This record does a lot of things that would seem to mitigate against its receiving that highest grade—the tempos are, to put it charitably, deliberate and barely differentiated across songs; Jeff Tweedy’s voice rarely rises above a raspy whisper; Nels Cline’s presence on guitar is subtle where so many long for him to be incendiary—and yet it is an A+ record. It is a mesmerizing, deeply moving, contemporarily relevant masterpiece made all the more powerful by the band’s rejection of obvious, crowd-pleasing moves. An essential reaffirmation of Wilco’s status as one of the great American bands and Tweedy’s place in the upper echelon of songwriters.
続きを読む
1人のお客様がこれが役に立ったと考えています
レビュー を日本語に翻訳する
Amazon.comのカスタマーレビューを見る(31) 5つ星のうち3.8
Amazonプライム会員ならお急ぎ便、日時指定便が使い放題
さらに、映画もTV番組も見放題。200万曲が聴き放題 。クラウドに好きなだけ写真も保存可能。
> プライムを無料で試す