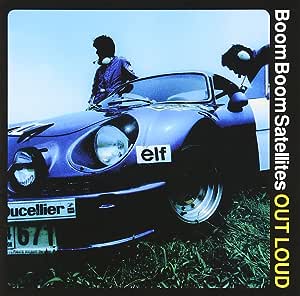 Christopher M. Jones
5つ星のうち5.0 Too good to miss
2003年4月23日にアメリカ合衆国でレビュー済み
Amazonで購入
These guys manage to be new and old at the same time. You think it's 21st century electronica, but it's not, it's freakin' jazz. Jazz as good as any of the luminaries of the last century could manage but with some new instruments, some new techniques, and some new styles thrown in. Okey, it's electronica, and techno, and whatever else you want to call it too but more than anything coming out today (and much of today's techno/electronica could be classified as jazz) this is honest-to-goodness jazz, pushing boundaries and demolishing preconceptions. You listen to some guys with a turntable and a dub machine layer on an ounce of distortion and some FX on a sample and you think you're listening to the cutting edge. You aren't. You listen to these guys and they slice into your brain with a razor sharp beat honed to infinite sharpness. Just listen to "Missing Note" or "Push Eject" or "Oneness" and tell me there is anyone else out there that does anything close to that as well as they do it. Yeah, they're good, they're damned good, and I would advise anyone with real taste in music to give this album a listen.
続きを読む
役に立った
フィードバックを送信中...
フィードバックをお寄せいただきありがとうございます。
申し訳ありませんが、お客様の投票の記録に失敗しました。もう一度試してください。
違反を報告
レビュー を日本語に翻訳する

Firefly
5つ星のうち5.0 ...From now on, music should sound like this...
2008年3月13日にアメリカ合衆国でレビュー済み
Amazonで購入
I consider myself a fairly eclectic person, but it was Japan For Sale Vol. 2 that introduced me to the Boom Boom Satellites with SOLILOQUY, a well done if not simplistic song. Then hearing DIVE FOR YOU from the Appleseed soundtrack had me hooked, but it wasn't until i saw the video for "Push Eject" that I knew I was addicted.

I can honestly say that while I liked some songs more than others, I was in no way disappointed with this CD. This is just the right kind of music to blast with the windows down and have people asking "what the hell are you listening to?" The sad part is that they'll never know or understand the trance that their music can put you into.

"Missing Note", as another reviewer said, starts off slow. But when you put it not too loud and adjust the surround settings, when it comes on strong, you'd think you just stepped out of the tail end of a wormhole. It is almost euphoric.

"Push Eject" is the last thing you'd do once you start listening. Nuff said.

"Intruder" is the reason I'd want to be the drummer in a rock band because that is how it's done.

KOL
5つ星のうち4.0 Very innovative
2007年9月30日にアメリカ合衆国でレビュー済み
Amazonで購入
When the single Push eject came out a long time ago it was singled out by the NME. The album it comes from is also overall excellent, even if their quirky attack does tend to be slightly repetitive, Indeed as with many groups who have a very distinctive sound, they tend to fall into a bit of a rut. It is nevertheless great.
続きを読む
役に立った
フィードバックを送信中...
フィードバックをお寄せいただきありがとうございます。
申し訳ありませんが、お客様の投票の記録に失敗しました。もう一度試してください。
違反を報告
レビュー を日本語に翻訳する