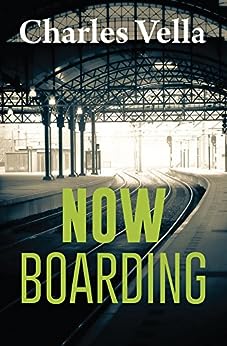 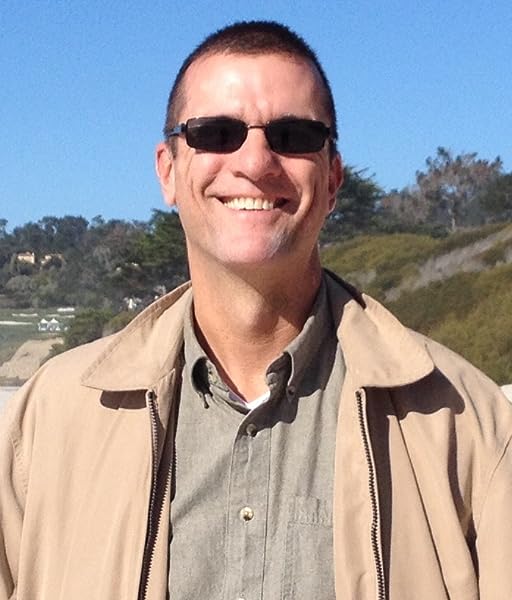 英語版 Charles Vella (著) 形式: Kindle版
すべての形式と版を表示
Sorry, there was a problem loading this page. Try again.
Geoffrey's was so excited about finding a job that didn't require making change that he didn't ask questions. 'Questions?' his inner voice asked. 'Take the job. Forget the questions.' So Geoffrey did, take the job that is, and wound up learning a lot more than how a milkshake machine worked and a lot more than he bargained for. The only question was just how bad a stroke of luck meeting Miles would end up being.

Join Geoffrey in his epic quest to deal with Miles, his landlady Mrs. Lin, and the police as his inner voice provides a steady stream of background commentary and critique on everything from his choice of career to his love life. Who knows. Maybe he'll listen to you.

Amazon Customer
5つ星のうち4.0 Super fun read
2019年6月8日にアメリカ合衆国でレビュー済み
Amazonで購入
Oh my goodness this was a blast of a read! Just loved the character of Geoffrey. In real life someone like this would make me stark raving mad because they don't seem to 'get' how the world works, and yet? It all works out. An odd but very similar character resemblance to The Tao of Pooh. Odd, quirky, very fun read. Didn't give it a 5 because it ain't War and Peace, now is it? Don't let that stop you from reading, though. It may not change your life, but your day will be a good bit more fun; who couldn't use that?
続きを読む
違反を報告する
レビュー を日本語に翻訳する

Nathan R. Hackman
5つ星のうち4.0 Virtue Is Its Own Reward
2015年5月17日にアメリカ合衆国でレビュー済み
Amazonで購入
If I had to place Now Boarding into a category, I'd probably file it under "mystery/thriller beach read." With that said, I found it much more satisfying than most of its compatriots. The story itself is worth telling, and Vella tells it well. As with many other books of this type, I found myself unable to put it down for most of the second half. For that reason alone it is worth your time if you are looking for some entertaining fiction. Beyond that, Vella does a few things very well that make this book stand out from the crowd.

Vella captures the bully persona exceptionally well. Miles' need to dominate everything from events to conversations, his obsession with always being one step ahead, is accurate. If you have related to someone like this, Miles rings very true. The way he engages others without letting them participate. The constant need to keep others off balance to retain his own feeling of security. From even the initial conversations in the book, you can feel the same stress and domination you feel when engaging these people in person. You know Miles is a bad dude before the facts show you that he is.

As someone who has spent a good amount of time around police officers, I can say that Vella captures the nuances of cop personality well. There's Ralph, retired after decades of patrol, who can't seem to turn off his quiet observation and fierce loyalty. Holmes expresses the drive of the detective well. While the system is interested in quick resolutions and easy statistics, the best detectives are drawn to the unanswered questions and seek out the answers with a thorough tenacity which often frustrates everyone but themselves. The tension between those two personalities is real.

What I think Now Boarding does best is manage the tension. Often with the thriller/mystery novel you are given a "whodunit" with a variety of potential suspects. The tension builds until the culprit is revealed. Usually, you are disappointed because the culprit is a surprise, which means not the logical conclusion, leaving tons of loose ends and contrived explanations. In Now Boarding, you have a good idea early on who the bad guys are. The tension lies more in figuring out what exactly they have done and how they will eventually be undone. From the first few pages, you have the feeling that something is wrong with the situation. That keeps you reading. Geoffrey's ineptitude keeps the drama flowing, and you are hooked. As Holmes tries to unravel the mess, and the reader is left yearning for any one of several characters to mention some minor detail that will reveal the whole thing.

Finally, and I don't know if this is intentional, there is a little bit of a lesson in Now Boarding. As Miles runs about trying to control all the variables to get his desired outcome, he inevitable fails. In fact, his desire to manage everything actually becomes the thing which brings him down. There is too much to life for him to control. Meanwhile, everything plays out for Geoffrey who just sort of bumbles through life. Interesting.

Michael Arches
5つ星のうち3.0 Quirky and interesting story
2015年5月9日にアメリカ合衆国でレビュー済み
Amazonで購入
This is an interesting story where the lead character, Geoffrey, is desperate for money, and he's approached by someone named Miles with an offer of an odd job, namely travel writing. It quickly becomes apparent to the reader but not to Geoffrey that Miles is trying to hide someone's disappearance. The story becomes increasingly surreal as the eccentric characters interact and Geoffrey becomes targeted by police as a murderer and by others as another victim. For those who like quirky stories, this one will suit well.
続きを読む
違反を報告する
レビュー を日本語に翻訳する
すべてのレビューを参照します
トップへ戻る
Amazonについて
Amazonでビジネス
Amazonでのお支払い
ヘルプ＆ガイド
日本語ショッピングのための言語を選択します。 日本ショッピングのための国/地域を選択します。
© 1996-2021, Amazon.com, Inc. or its affiliates