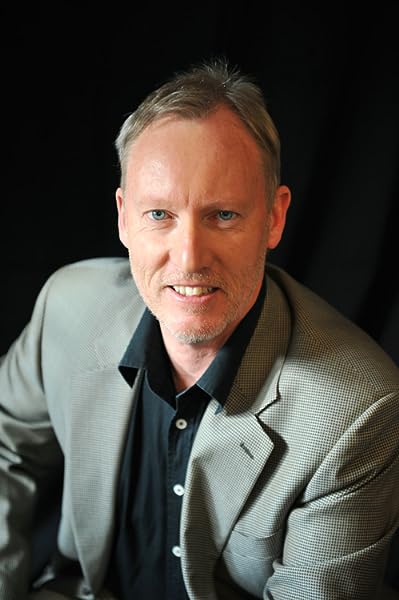 Ian switched to thriller writing after a career as a social and consumer researcher. He is a published travel writer who has previously authored and edited two books on small business. His debut conspiracy thriller, NO REMORSE, is the first in a series, and he is currently working on a crime thriller, and the sequel to NO REMORSE. He lives in Brisbane with his wife and children.

Mrs. Bruce
5つ星のうち5.0 Non-stop action, though a rape scene and sex slave auction
2018年10月6日に英国でレビュー済み
Amazonで購入
I rarely give 5 stars and don't like too much swearing in a book. However, the plot of this book
was so good that I could overlook that and think it deserves 5 stars.
However, be warned - there are some harrowing scenes which may disturb some readers.
There is a rape scene and a slave auction for young girls and boys kidnapped in various parts of the world.
There is a lot of violence and some torture.

The story doesn't let up and there is no padding in the book. The plot is complicated and covers several
different crimses. Mac is an ex-seal, dismissed from the Army (and the job he loves) because of a private assault
which goes wrong. He is forced to work for an outfit that operates outside USA law (but with their unspoken approval). Tally, the female computer operative, hates Mac's guts at first but that changes. They have to work together to save each others lives, but can Mac really trust her?

Mac has his own agenda - trying to find his friend's teenage daughter, Sophia. She and her friend
were kidnapped in Mexico to be sold at auction. Somewhere along the line Mac and Tally's job
converges with information about Sophia's whereabouts. But can Mac rescue her in time?

B. D. Graham
5つ星のうち5.0 No Remorse
2012年4月3日に英国でレビュー済み
Amazonで購入
No Remorse takes place in the Middle East, Europe and the USA. It's an action packed story with the main character, Lee `Mac' McCloud, leading you through a labyrinth of terror, action, mystery and romance.

The main thrust of the book is Mac's mission to track down and rescue his friend's daughter who has been abducted by human traffickers - plenty of sub-plots keep the pages turning and there really isn't a dull moment.

I don't share the widely-held view that McCloud is a similar character to Lee Child's Jack Reacher. Reacher is a solitary figure who prefers to work alone and never seems to get hurt - remarkably! McCloud is an altogether more sociable being and some will, no doubt, find this a more endearing trait.

It's a fast-paced book and some of the detail may be a little too graphic for the pusillanimous. Be prepared for a surprise ending.

Great book and a thoroughly good read - highly recommended. Set aside time to read it quickly as it is much better this way. I read it in three big chunks and found it difficult to put down.

Looking forward to seeing what Ian Walkley pens next. I won't be disappointed if it's another `Mac' book but would really like to see what else Ian has to offer.
続きを読む
3人のお客様がこれが役に立ったと考えています
違反を報告
レビュー を日本語に翻訳する

Kindle Customer
5つ星のうち5.0 Cracking Story!
2012年3月30日に英国でレビュー済み
Amazonで購入
I really enjoyed this book, the story zipped along and took you to many exotic locations along the way. The characters both 'bad' and 'good' were believable and detailed. Plenty of intrigue and action, with very current themes. Comparisons have already been made between Lee McCloud and Jack Reacher and if you enjoy Lee Child I'd say you would undoubtedly enjoy Ian Walkley. The quality of writing in this book is excellent making it a pleasure to read in addition to being a real page turner! I love it when I find out about an author that writes books this good - more like this please Mr Walkley!
続きを読む
1人のお客様がこれが役に立ったと考えています
違反を報告
レビュー を日本語に翻訳する

scribbler
5つ星のうち5.0 Rip-Roaring
2012年10月24日に英国でレビュー済み
Amazonで購入
This book is a rip-roaring adventure yarn, spinning across the globe. The main protagonist 'Mac' is a hard ex-military special forces bod, with a strangely ethical dimension. The action is well crafted and the writing style is smooth and evocative. It is not a book about terrorism and anti-terrorism in the true sense, more about Mac's journey. All in all an excellently written work, where the suspense builds at a good pace, and the pages turn to match. All in all a first class read!
続きを読む
違反を報告
レビュー を日本語に翻訳する

Amazon Customer
5つ星のうち5.0 MUST READ ALERT
2012年9月24日に英国でレビュー済み
Amazonで購入
I started this book today and I have just finished it. If you want a read that is like watching a top film, up to the minute and topical, you just have to read Ian's book. I'm a confirmed fan. Its Bourne .v. MI but believable.