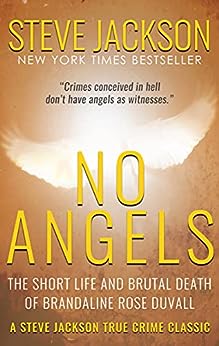 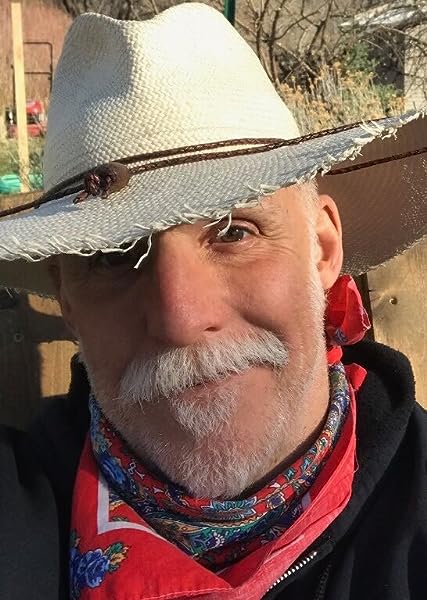 New York Times bestselling author and award-winning journalist Steve Jackson has written eleven non-fiction books in true crime, history and biography genres; he has also written sixteen crime fiction thrillers for the long-running and NYTimes bestselling Butch Karp Series in collaboration with former New York assistant district attorney Robert K. Tanenbaum. Steve's last book, ALL SECURE: A Special Operations Soldier's Fight To Survive On The Battlefield And The Homefront (Center Stree) was released November 2019. He is currently working on two more non-fiction books, one about the murder of a United Mineworkers union official and his family, COAL COUNTRY KILLING, and FINDING ANASTASIA, one man's quest to answer the question of what happened to the Romanov royal family once and for all. He is also the co-owner of indie publisher WildBlue Press (wildbluepress.com) --このテキストは、kindle_edition版に関連付けられています。

booklover
5つ星のうち5.0 True Crime Classic
2020年7月22日にアメリカ合衆国でレビュー済み
Amazonで購入
Many thanks to the author / WildBlue Press for the digital copy of this true crime. Read and reviewed voluntarily, opinions expressed here are unbiased and entirely my own.

She was seen getting into a car at the bus stop. Did she do so willingly .. or was she coerced? No one will ever know.

Brandy DuVall, later that same night, was bound, raped, tortured, stabbed.... murdered, dumped by the side of the road like garbage. Brandy was just a couple months away of turning fifteen.

Two witnesses come forward who knew who the culprits were .. .all members of a violent street gang ,, the Deuce-Seven.

The young men involved had grown up together ... their families were all friends or well known neighbors. When the crime was investigated, these 'brothers' started turning on one another.

All in all, there were four murder trials and two death penalty hearings.

This is a tale of families, ripped apart at the seams. Brandy wasn't the only victim. Family and friends were also affected. Two mothers whose sons had grown up in the same household .. their lives were altered and their close ties were destroyed even as they shared a common grief.

Well-written narrative that delves into the backgrounds of all concerned ... why did this happen? How did it happen? It's a close look at a tragic death that didn't need to happen.

katrig
5つ星のうち5.0 No Angels
2020年8月21日にアメリカ合衆国でレビュー済み
Amazonで購入
Once again Steve Jackson does a fabulous job on telling the story of a Young 14-year-Old girl called Brandy Duvall. Brandy was 14 when she died. She had been bound, raped, tortured and stabbed multiple times then dumped by the side of the road and left to die.
Those responsible where all members of a street gang in Denver called the bloods who did such terrible things to a Young 14-year-Old who was wearing the wrong colour top and was in the wrong place at the wrong time.
A handful of people in the gang go to trial for Brandy’s murder and the book goes through each trial individually. It is very graphic and written in horrific details about Brandy’s last hours of pure hell and torcher on this planet. Steve shows the reader how lives are changed, not only for the victim's family but for those accused also. Both mothers are in a courtroom, and both are hurting only for different reasons.
It is an incredibly sad book and your heart goes out to everyone in court except the perpetrators. Animals behave better. I can see how the book affected everyone and thankyou once again Steve for telling the story of Brandy.
続きを読む
4人のお客様がこれが役に立ったと考えています
違反を報告
レビュー を日本語に翻訳する

Kathleen Mittge
5つ星のうち5.0 Horrifying story
2020年7月26日にアメリカ合衆国でレビュー済み
Amazonで購入
This is a crime from the mid 90's. I don't know how I missed it since I am attuned to cases like this. Mr. Jackson never fails to catch and keep my attention, and this book is no exception. Horrible crime, excellent writing.
続きを読む
5人のお客様がこれが役に立ったと考えています
違反を報告
レビュー を日本語に翻訳する

Bev
5つ星のうち5.0 Mr. Jackson delivers in this true crime story!
2020年8月4日にアメリカ合衆国でレビュー済み
Amazonで購入
Mr. Jackson really gets to the heart of the matter in this book. It is a true-crime story about a gang in Denver who did terrible things to a 14-year-old girl, mainly for the shirt she was wearing! It pits mother against mother in a courtroom, even though both are hurting only for different reasons. He shows the reader how lives are changed, not only for the victim's family but for those accused also. There are more people's crime effects than just those that commit it and those that have been wronged. Excellent story.
続きを読む
3人のお客様がこれが役に立ったと考えています
違反を報告
レビュー を日本語に翻訳する

J. Hewitt
5つ星のうち5.0 Heartbreaking
2020年7月28日にアメリカ合衆国でレビュー済み
Amazonで購入
This is one of the saddest true crime books I've read. Steve Jackson does an excellent job telling the story of Brandy DuVall's brutal murder, but just as important how one night of depravity shattered dozens of families forever. I can easily understand why Mr. Jackson took a hiatus from true crime writing after covering this story, and am glad he decided to share his in depth knowledge of the case. If you enjoy reading true crime No Angels is a must read.
続きを読む
5人のお客様がこれが役に立ったと考えています
違反を報告
レビュー を日本語に翻訳する
すべてのレビューを参照します
トップへ戻る
Amazonについて
Amazonでビジネス
Amazonでのお支払い
ヘルプ＆ガイド
日本語ショッピングのための言語を選択します。 日本ショッピングのための国/地域を選択します。
© 1996-2020, Amazon.com, Inc. or its affiliates