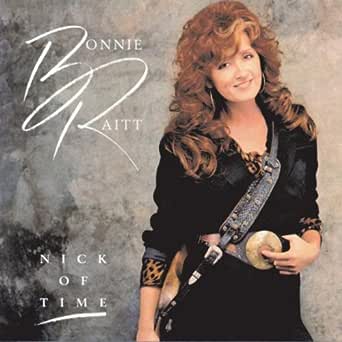 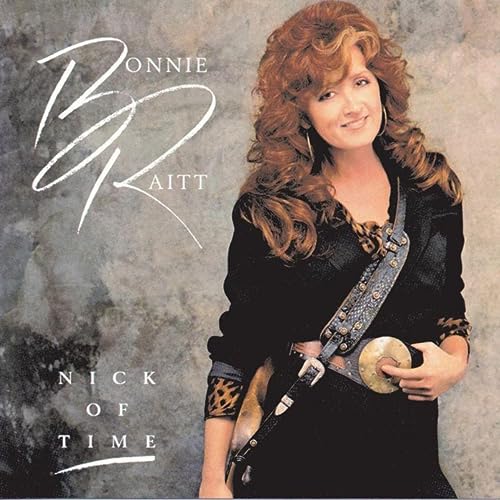 KaleHawkwood
5つ星のうち5.0 Real woman
2012年1月25日に英国でレビュー済み
Amazonで購入
There is a constant running through Bonnie Raitt`s many albums, a 24-carat guarantee of quality: that voice. It never lets you down. She is one of those rare singers who really could sing just about anything and you wouldn`t need to hear it sung by anyone else.
It is a truth universally acknowledged that a singer who has made enough records will eventually take to the middle of the road, so it`s no surprise to find a glossier shine, a more obviously radio-friendly allure to this massive-selling `breakthrough` album. Listening to it now - and I am - what I hear is one of the finest blues/rock/soul singers of our time having a ball, albeit a slightly less abandoned one than on her previous, bluesier releases.
Bonnie has always had unerring taste in her choice of songs, and here is no exception. Anyone who latched on to the eloquent songs of the great John Hiatt (rather aptly spelt `Haitt` on the back cover!) as far back as 1989 is to be applauded, and she does his Thing Called Love proud. (There`s an even gutsier version on her marvellous live recording Road Tested.)
Jerry Williams wrote a good half of Clapton`s exceptional album Journeyman, and Bonnie sings his Real Man - not a particularly memorable song, it has to be said - with soulful aplomb.
Her own title track and bluesy closer The Road`s My Middle Name are superb. She has always been an excellent songwriter, rationing her contributions on her run of albums. It`s good to have two of them here.
I Ain`t Gonna Let You Break My Heart Again is Bonnie in break-your-heart mode, the heart being broken being the grateful listener`s. Boy, can this woman sing!
From what I can discern, Bonnie not only has perfect pitch, or as near as dammit, but seems to know instinctively how to pace and phrase a song. I`ve never once detected a lapse of taste on any one of her albums.
There are two terrific songs here by Bonnie Hayes, Love Letter and the catchy, reggae-ish Have A Heart. This is where the production by Don Was proves both a boon and a bind. Its clarity and punch come across, but a certain raggedy abandon - found in plenty on her releases up to this point - is sacrificed. Never mind, the gains far outweigh the losses on this very fine, varied disc.
The peach of the crop is a song by one half of the duo who wrote the ineffably sublime I Can`t Make You Love Me (on her follow-up, Luck Of The Draw) another ballad called Too Soon To Tell. Bonnie sings a ballad like this with as much worldly, lived-in gravitas as Etta James or Dinah Washington. I speak of her in such illustrious company? You bet I do. She has what Whitney, Mariah, Shania & Celine and the other caterwaulers could only wish for in their dreams...
The more I play Nick Of Time the more I can`t be without it. If it doesn`t showcase Bonnie at her absolute best (seek out her first few records for that) it`s only that her absolute best is beyond star-ratings and into the stratosphere. However, this grower will do very nicely. As I said, the one constant is always Bonnie`s immaculate voice. That gold standard never diminishes.
A real woman? Oh yes!

C. I. Smith
5つ星のうち5.0 Nick of time
2010年6月27日に英国でレビュー済み
Amazonで購入
This album is a great intoduction to Bonnie if you have not come across her before,she has a voice that just ease's you into that relax state of mind.
I first heard Bonnie Raitt when she sang country and thought at the time how sad it was that she never made the big time until alot later.
I love the song I cant make you love me, it's one of those tunes and it's when i really knew that i loved her soulfull singing.
I would recommend this album to anyone looking for an intro into Miss Raitt you wont regret it a wonderful singer who will always stand the test of time.
続きを読む
1人のお客様がこれが役に立ったと考えています
役に立った
フィードバックを送信中...
フィードバックをお寄せいただきありがとうございます。
申し訳ありませんが、お客様の投票の記録に失敗しました。もう一度試してください。
違反を報告
レビュー を日本語に翻訳する

Lockhart '81
5つ星のうち4.0 One of the best "comeback" albums.
2020年1月6日に英国でレビュー済み
Amazonで購入
One of my favourite musicians. A great collection of blues and other music in her long career.
Never disappoints. Always first class content on all her albums.
続きを読む
役に立った
フィードバックを送信中...
フィードバックをお寄せいただきありがとうございます。
申し訳ありませんが、お客様の投票の記録に失敗しました。もう一度試してください。
違反を報告
レビュー を日本語に翻訳する

Pinky
5つ星のうち5.0 Love Bonnie Raitt
2013年8月6日に英国でレビュー済み
Amazonで購入
I have only just discovered Bonnie Raitt and I have yet to get an album of hers that I do not think is brilliant .I can't believe its taken me this long to discover her .Every track on this album rocks and rolls .
続きを読む
役に立った
フィードバックを送信中...
フィードバックをお寄せいただきありがとうございます。
申し訳ありませんが、お客様の投票の記録に失敗しました。もう一度試してください。
違反を報告
レビュー を日本語に翻訳する