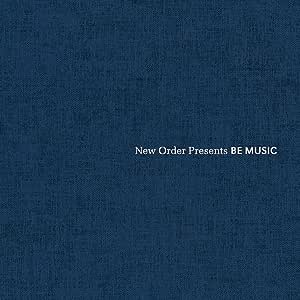 Double vinyl LP pressing. 2017 release, a compilation of productions by members of iconic Manchester group New Order, including classic dance and electro tracks released on Factory Records between 1982 and 1985, as well as more recent remixes for current artists such as Factory Floor, Marnie, Tim Burgess and Fujiya & Miyagi. The generic tag Be Music was first used in 1981 and covered studio production work by all four members of New Order: Bernard Sumner, Peter Hook, Stephen Morris and Gillian Gilbert. Sumner often teamed with Donald 'Dojo' Johnson of A Certain Ratio, including the pioneering electro cuts featured here by Quando Quango, 52nd Street, Marcel King, Paul Haig and Surprize. Morris and Gilbert worked with Thick Pigeon, Life, Red Turns To and also 52nd Street. Although more rock orientated, Hook proved he was no slouch on the dancefloor either with the mighty Fate/Hate by Nyam Nyam. After 1985 the band focused more on producing their own records, both as New Order and solo projects such as Electronic, Revenge, The Other Two, Monaco and Bad Lieutenant. However in recent years Stephen Morris in particular has remixed several newer artists. All tracks are newly remastered. The liner notes feature commentary on the tracks by the artists and the members of New Order. Design and packaging are by Matt Robertson/Peter Saville Studio.

Kentish Townie
5つ星のうち4.0 It's not New Order - but don't let that put you off
2019年1月9日に英国でレビュー済み
Amazonで購入
members of New Order also got heavily involved in production too. There's some great stuff on here, and invariably on a 36 track compilation there's some rubbish.

But it's vey nicely packaged, the sleeve notes are comprehensive and well worth the price.

PandaBegs2Differ
5つ星のうち5.0 Evolutionary FACs
2017年2月17日に英国でレビュー済み
Amazonで購入
And so, first thing this morning and on its day of release, landed New Order presents Be Music.

For those not overly-familiar with NO and the bands featured here, Be Music was NO’s publishing company in the early to mid-1980s and became used to cover studio production work by all four members of the band. Most of the songs on this compilation, though not all, stem from that period, though there are also several later songs and mixes of songs.

However, I'm guessing that most people interested in this compilation are likely already fans of NO and may have at least a passing awareness of some/most of the bands included here. Indeed, it's likely that a few of the more hardcore amongst the target audience for this release may say they have X amounts of releases by Y band already and can't see the point etc. Well, that's fair enough I suppose, but I would say to those friends that this is a really nicely remastered compilation and sounds great. The choices of mixes work well and, when put together as a compilation, all of these tracks generally create a cohesive whole.

That said, each of the 3 discs in this collection can equally be seen as three different compilations showcasing different facets of the NO members input to both the band and the bands they helped produce. Disc 1 is mainly Barney, Disc 2 Stephen and Gillian and Disc 3 a mix of Hooky, Stephen, Barney and Rob Gretton all topped off with a 22-minute version of NO’s Video 5-8-6 (sounding strangely flat to me though perhaps I just need lunch after nigh-on four hours of listening). The fact that you can see this as three compilations for £15 - all packed in a nice clamshell box with a booklet giving excellent notes on each track - is another definite plus in my book.

There is an art to making a great compilation. The goal of the creator should be to mould their creation to be able to stand the test of time in the form of repeated plays, so it needs to be eclectic enough to hold your attention and not be too 'samey'. It needs to flow and not to jar. It can relay an emotion, capture a mood or an atmosphere, make you want to laugh, cry, shout, dance or all of these. It primarily should leave you wanting to play it again, to re-listen to tracks that you thought sounded good on first hearing so that you can find that they are, in fact, excellent songs which will likely soon become regular additions to your own playlists and compilations. Even better is where, due to repeated plays, a compilation will keep adding to that list with songs getting better with every listen. A good compilation will have at least one or two of these type of songs (which is a fair reward for the listeners’ investment, in my opinion), but a great compilation will have more than this and, on rare occasions, give the listener something even more and by so doing the compilation elevates itself to becoming an artefact in its own right. A treasure rather than a background from which a jewel or two can shine.

Of course, there is only one way that all of the criteria I outline can possibly be met and that is, quite simply, that the music chosen in the first place must be good! To reach the dizzy heights of greatness it needs to be a damn sight better than simply good.

The music on New Order Presents BE MUSIC is, in my view, a damn sight better than simply good. For fans of this early indie-electronica, post-punk, period this is an essential purchase. Whether you simply have an interest in: the roots of how electronica and (genuine) indie combined with dance before later storming the world to make everybody dance; have an interest in NO or Factory Records; or, are simply a lover of a good tune, there is something for you here.

This music and the music of NO was, and remains, something rare in music – it’s actually important. NO and its constituent members helped do the groundwork to open peoples’ ears and minds to something different, something alternative and underground, something tangible and personal, something ours, something fun. It gathered together the disparate moods and sounds from Chicago, Dusseldorf, Ibiza and, of course, Manchester and propagated the music that would burst forth from the late 1980s onward and which surrounds us to this day.

This compilation (these compilations) work because the music is laced with greatness. A good job well done by James Nice, the compiler. It is a joy to listen to and, who knows, may indeed even become an artefact. FBN 60, get it while you can.
続きを読む
42人のお客様がこれが役に立ったと考えています
違反を報告
レビュー を日本語に翻訳する