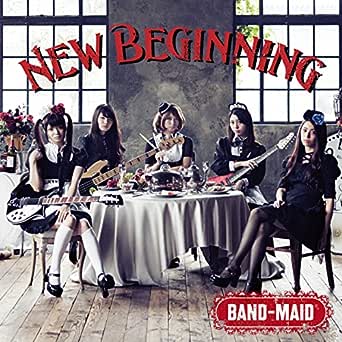 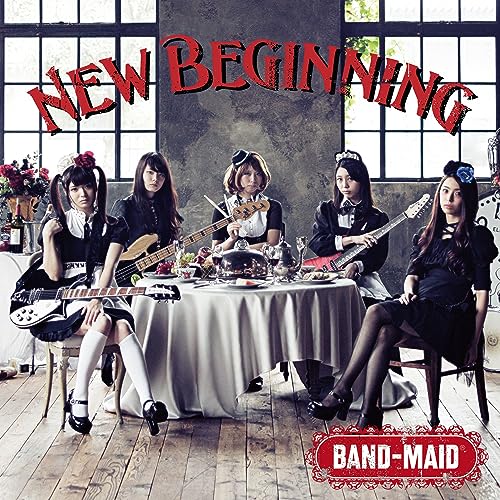 Micky 狐憑き
5つ星のうち5.0 It's a "New Beginning" for me...
2020年3月31日に英国でレビュー済み
形式: CDAmazonで購入
I'm a recent Band-Maid fan. I knew them by name and a couple of time gave them a short listen but the looks and the hard-rock-ish tempo didn't convince me during those few seconds... although in my mind I always kept that idea of, at some point, give them a proper listen - after all, there was this gritty guitar sound and a bass that you can actually hear! And finally I decided to listen to at least one song all the way. It was from the new album "Conqueror", "Blooming" and it "Bloo-me" away! Long(er) story short, I instantly became obsessed by these ladies and like many, every time I listen to a song that I don't know, I get blown away. It's like they don't know how to craft a bad song. By the time I decided to buy this album "New Beginning", I knew a few songs already but the ones I didn't are so good, so addictive. This is one phenomenal album. It's a must have with one of the songs that you will always expect to see them play at any live concert, "Real Existence", and with a couple of well know ones like "Thrill" and "Don't Let Me Down". Besides those already awesome pearls, the rest is just as awesome. After one listen I elected 3 more songs to my "fav Band-Maid list": "Freezer", "Price of Pride" and "The Beauty and the Beast", even if these last two ones have a little more "lighter" mood than songs like "Real Existence" or "Thrill". I'm completely "sold" to these Japanese ladies, my new obsession. It's a new beginning and it's awesome.
続きを読む
役に立った
フィードバックを送信中...
フィードバックをお寄せいただきありがとうございます。
申し訳ありませんが、お客様の投票の記録に失敗しました。もう一度試してください。
違反を報告
レビュー を日本語に翻訳する

Zak @ JustHonestReviews
5つ星のうち5.0 Amazing Band + Fantastic Album
2016年5月2日に英国でレビュー済み
形式: CDAmazonで購入
Ever since discovering BABYMETAL, I have been on the lookout for other "Hybrid bands". There is something oddly satisfying about taking two or more things that you wouldn't typically think to put together and discovering that somehow despite all your preconceptions, not only does it work but it's simply amazing!

This is exactly what makes Band-Maid so special. The first impression you get when you see them is that they must be another typical idol group but that first impression is quickly destroyed the moment you hear one of their tracks. These girls are not idols, they are Rock stars!

This album is made up of some fantastic hard rock & metal tracks with a few other genres mixed in here and there! These girls are fantastic musicians and I truly feel that they have everything that it takes to make it on a global scale.

You can check out some of the songs from this album on their official YouTube channel.

RichardL1969
5つ星のうち5.0 Great Band, great item.
2019年5月11日に英国でレビュー済み
形式: CDAmazonで購入
A great album with no let up in quality from start to finish.

What made it more worthwhile though was that rather than the usual thick clear plastic box that CDs come in here, this was like a mini throwback to the old days of vinyl, and the joy of buying a gatefold LP. Rather than being just a box with a picture, it's like a tiny work of art.
続きを読む