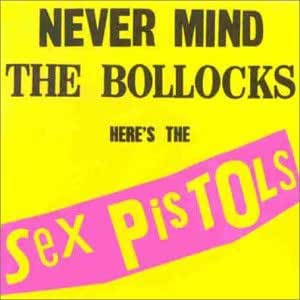 Kevin Blake
5つ星のうち5.0 Still blows the roof off every time after all these years.
2017年10月21日に英国でレビュー済み
Amazonで購入
One of the greatest and most important rock albums of all time. Every song is sensational and the production is fantastic. Legend has it that 16 of the 24 recording tracks were used for Steve Jones' awesome guitar power chords and there has rarely been a better guitar sound committed to record. Some critics have called it "guitar soup," but what a gloriously tasty soup it is! Captain Sensible of fellow punks The Damned dismissed it as "not being the true sound of punk at the time" and of "sounding like Bad Company," by which he means overproduced, and he's right on both counts strictly speaking. But with a sound this huge and powerful and timeless, who cares??? Jones isn't the only star of the show, although in addition to that thick slab of layered guitars he also played all the bass on the album in place of a hopeless Sid, so he really did the lion's share of the work. Paul Cook's drumming is simple but hard hitting and right on the money. It's truly hard to believe that he and Jones had only taken up their instruments barely 18 months before they started recording this masterpiece. And of course, Johnny Rotten's vocal delivery is incredible -- sneering, sarcastic, venomous, and dripping with pissed off attitude, and with lyrics that marked the last time rock will ever be truly threatening to the establishment. Quite simply, this album is a must-have for every self-respecting hard rock fan, young and old.
続きを読む
41人のお客様がこれが役に立ったと考えています
違反を報告
レビュー を日本語に翻訳する

Disc one - The original album, and it's never sounded better on the CD format. Certainly a vast improvement to the sound quality on Kiss This, or the 2002 Sex Pistols three disc set.

Disc two - 1977 B sides, and demos. Again, they've never sounded better. The much vaunted Belsen was a Gas demo is a disappointment though.

Disc three - two live gigs from 77. The happy house show isn't bad, however, the Trondheim show is a bit ropey, as it was on the Kiss This set.

Disc four - Great to finally see the infamous riverboat gig, the happy house show is here as well. You also get an interesting interview with John and Sid plus video promos to God Save the Queen, Pretty Vacant and Holidays.

If you love The Sex Pistols, and rock music in general, this is a must buy, certainly the best value version of the album you can get. Ignore the ludicrously priced 35th anniversary release. Buy this.

Mr. C. Jones
5つ星のうち5.0 Enjoyable album.
2018年5月14日に英国でレビュー済み
Amazonで購入
Never got into the Sex Pistols. I remember going to the Reading Festival in 77 and the opening song played was Anarchy in the UK I believe. Have got an Alexa and played the album. Did not like all the songs but enjoyed several of them so decided to buy the album and have it on my I Pod.
Glad I purchased it. Never really liked Johnny Rotten, still do not to this day. Best tracks are God Save The Queen, Bodies, Anarchy in the UK, Pretty Vacant and Holidays in the Sun. Might be more when I listen to it more though.
続きを読む
違反を報告
レビュー を日本語に翻訳する

J. C. Mcdermott
5つ星のうち5.0 Relive and enjoy
2015年10月5日に英国でレビュー済み
Amazonで購入
The Album that got a generation moving all those years ago and is still as fresh now as it was back then.
Great tracks with a heavy rock beat and a singer who snarled lyrics with meaning. Yes, this was the age of Anarchy and we loved it. Some of us are still anarchic but the music that pollutes the radios these days is not inspiring and doesn't speak. It has no message, it's just X-Factor type "drool". from people who look, sound and probably smell the same.
This was the album of a generation. Noel Gallagher (Oasis) has said that he wishes he had written this. ............Who can blame him.
続きを読む
4人のお客様がこれが役に立ったと考えています
違反を報告
レビュー を日本語に翻訳する
すべてのレビューを参照します
Amazonプライム会員ならお急ぎ便、日時指定便が使い放題
さらに、映画もTV番組も見放題。200万曲が聴き放題 。クラウドに好きなだけ写真も保存可能。
> プライムを無料で試す