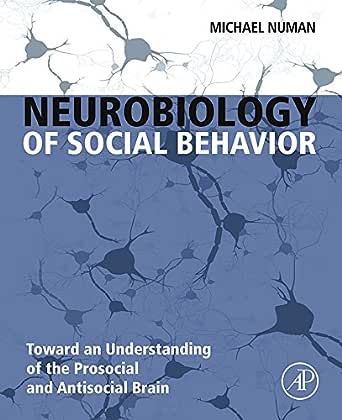 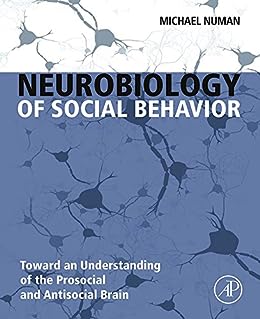 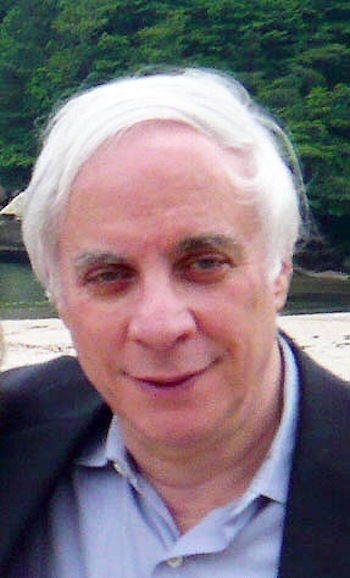 Neurobiology of Social Behavior: Toward an Understanding of the Prosocial and Antisocial Brain (English Edition) 1st Edition, Kindle版

Social neuroscience is a rapidly growing, interdisciplinary field which is devoted to understanding how social behavior is regulated by the brain, and how such behaviors in turn influence brain and biology. Existing volumes either fail to take a neurobiological approach or focus on one particular type of behavior, so the field is ripe for a comprehensive reference which draws cross-behavioral conclusions. This authored work will serve as the market’s most comprehensive reference on the neurobiology of social behavior.

The volume will offer an introduction to neural systems and genetics/epigenetics, followed by detailed study of a wide range of behaviors – aggression, sex and sexual differentiation, mating, parenting, social attachments, monogamy, empathy, cooperation, and altruism. Research findings on the neural basis of social behavior will be integrated across different levels of analysis, from molecular neurobiology to neural systems/behavioral neuroscience to fMRI imaging data on human social behavior. Chapters will cover research on both normal and abnormal behaviors, as well as developmental aspects.

Michael Numan received his Ph.D. from the University of Chicago. He is a Fellow of the American Association for the Advancement of Science (AAAS) and the Association for Psychological Science (APS). Most of his research, which focuses on the neural mechanisms regulating maternal behavior, was conducted while he was a Professor of Psychology and Behavioral Neuroscience at Boston College. He is the author of a previous book, with Thomas Insel, The Neurobiology of Parental Behavior. He lives with his wife, Marilyn, in the Santa Fe-Albuquerque region of New Mexico.

Brett Kistler
5つ星のうち5.0 Manifesto for the physical science of self-understanding
2016年6月15日 - (Amazon.com)
Amazonで購入
What an understated title for such an important work.

Why do neglected or abused children grow up with antisocial tendencies and high stress reactivity? How is it that a person's current mood can predictably alter their perception of current events or past memories? What is the neural basis behind motherhood and parental instincts, general prosocial behaviors, and friendship, and do the biological systems governing these behaviors overlap? What exactly is it that fundamentally goes awry when the neural networks that make up a human mind are slanted toward the antisocial behaviors that we collectively define as evil? And, most importantly, can we understand these dynamics and even control them by taking new approaches with present technology?

In Neurobiology of Social Behavior, Michael Numan draws an unbroken path through the maze of molecular biology, genetics, epigenetics, gene-environment interactions and the current body of neuroscientific literature that, in my view, collectively represents our civilization's current frontier of empirical self-knowledge. Numan proposes detailed neural circuits and provides powerful evidence to support them, but carefully stops short of conjecture while insightfully recruiting opposing studies when the data is ambiguous. He carefully sticks to the facts, though an adept reader will find themselves frequently jumping out of their seat as they realize the unspoken implications of what these findings could mean to the future of life as we know it.

Without ever claiming as much, Numan has written a manifesto for a physical science capable, perhaps, of one day understanding and treating a myriad of the woes and evils many have long considered inherent in the human condition. The text herein implies the possibility of novel diagnoses and treatments for psychiatric disorders from depression to psychopathy, epigenetic tuning of personality traits from stress reactivity to aggression, maybe even artificial enhancements in positive affect and prosociality beyond the levels bestowed by our evolutionary past and current social context.

Without a shred of mysticism or freeform philosophy within its pages, Numan's matter-of-fact review can't help but remind the reader that every moment of joy or agony experienced by anybody in the history of life as we know it has been perceived only through neural activity of a positive or negative valence. No act has ever been committed for good or evil that didn't make perfect physical sense in the context of a complex neural network comprising a brain, controlling a body to act in its perceived interest.

In the context of our twisted world and its myriad social conflicts, this work is an introduction to a manual to the human mind that has yet to be written. In light of the recently-accelerating AI evolution that is set to shape our world in the coming decades, this field may provide a guiding light to inform the decisions that will undoubtedly make our world unrecognizable by the end of the century. We have much to learn by looking deep inside ourselves and figuring out what, exactly, is going on between our ears.