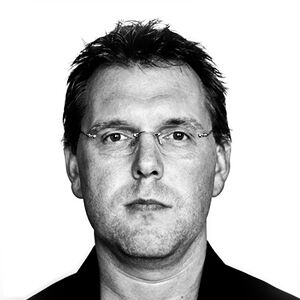 “As cities reckon with the impact of a changing climate and activities that have created ecological change go unabated, there will be more of a need to consider organically inclined architecture....this response, and instinct to repair, is what NatureStructure is all about.” - curbed.com

We barricade ourselves with sea walls, build over wetlands and green terrain, divide migration routes with motorways, and destroy habitats for material gain. Tremendous effort is spent in the war against the natural world; yet as climate change increases while species and habitats decrease, these battles have proven to be futile at best and destructive acts of ego at worst.

NatureStructure represents an end to the battle against nature.

Based on the acclaimed exhibition, NatureStructure illustrates a new generation of nature-centric design and infrastructure that nurtures and employs nature in addressing the problems human development has created for itself.

NatureStructure is infrastructure designed for nature; work created to nurture and repair ecosystems and habitats and integrate natural processes into the built environment. Instead of combating the natural world, NatureStructure embraces nature as a core element of the built environment. Norwegians have a phrase for it: “Spille på lag med naturen” - “To play on the same team as nature.” The Dutch call it “Building with nature.”

NatureStructure is a vehicle to focus attention on a new generation of nature-centric design—projects and systems to address the problems human development has created for itself. The first exhibition of NatureStructure was launched at the Boston Society of Architects BSA Space Gallery. It introduced a range of ideas to US audiences for the first time: the Delfland Sand Engine, a feat of engineering that uses coastal tides to distribute sand along the coast of the Netherlands to reverse erosion and protect against sea level rise; Pop-Up, a revolutionary parking garage by Denmark’s Third Nature that rises in the city scape as its base absorbs rainwater overflow; and 3D printed reefs and seawalls by Australia’s Reef Design Lab to repopulate Sydney Harbor sea life and counter the depletion of reefs in the world’s oceans.

The collection of projects shown here, largely taken from the first NatureStructure exhibition, is a snapshot of what is taking place in a new reality-based relationship with natural forces.