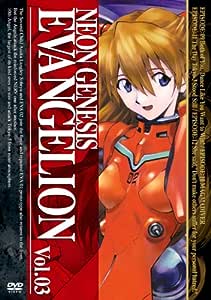 Mr G.G.Dixon
5つ星のうち4.0 Fascinating
2005年9月30日に英国でレビュー済み
Amazonで購入
This volume sadly only contains 4 episodes, one down from the previous two. Do I detect a bit of a money-grab from ADV? Well, onto the actual contents.
Most of the episodes contained live up to the remarlable standards set by earlier episodes of Evangelion. For me, only Serial Experiments Lain comes close to the substance of this series. In this volume, it becomes plainer than ever that Eva is so much more than an ordinary mecha show. Misato and Ritsuko finally get some substantial backstory and, as far as I remember, in all of the episodes, there are some of the nice little character-driven moments which make Eva so enjoyable.
Episode 11 - The Day Tokyo-3 Stood Still - was really for the action-fans. Without giving away anything, we also get some inside into Shinji's motivations. Episode 12 gives some wonderful backstory and the viewer is once again forced to wonder what Gendo's up to. Episode 13 was one for sci-fi fans and again, more interesting backstory and character moments. Episode 14, however, is the one that really stands out. In fact, I would say Episode 14 is where you ultimately decide whether you love or hate this series.
Episode 14 seems like a waste of time at first, being a complete recap of Angel battles at the start - but the second half more than makes up for it. The first philosophical monologue is present, and there's a whole chunk of plot to keep viewers happy. The first philosophical monologue? Yup. THIS is what made Evangelion so controversal and different. Personally, I loved it - but it's something which you either love or hate. That's the only reason, as well as the reduction in episode count, that I've deducted one star. I can't wait till volume 4!
続きを読む
2人のお客様がこれが役に立ったと考えています
役に立った
フィードバックを送信中...
フィードバックをお寄せいただきありがとうございます。
申し訳ありませんが、お客様の投票の記録に失敗しました。もう一度試してください。
違反を報告
レビュー を日本語に翻訳する

John W Knowles
5つ星のうち5.0 Evangelion is by None, 1 of the best Japanese Animated Series/Movie Franchises!!!
2015年2月25日に英国でレビュー済み
Amazonで購入
Neon Genesis Evangelion, is by none, one of Japans best Anime series & Movie franchises.

I am a big fan of Mecha Anime, even though this series is a little different, as the EVAs are actually genetically altered living creatures with armour added, essentially, but are piloted by a human.