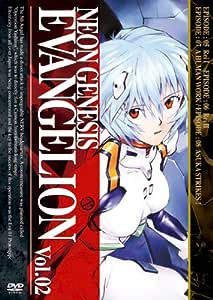 CardiacsFanLMP1
5つ星のうち3.0 Honestly, we should be getting the whole series as one.
2013年9月26日に英国でレビュー済み
Amazonで購入
Here we have some of the best episodes of an absolute classic television series, however:

We should be getting the entire series in one set, not split up over a series of sets which vary in price between the low and reasonable price at which I picked this volume up and some quite frankly ridiculous prices, which is a shame, as NGE is surpassed as a series by very few, perhaps Serial Experiments Lain and Adventure Time, and really should be experienced by everyone as a result, but the poor nature of its release stops this from happening, which is such a shame.

NGE needs a reasonably priced box-set re-release, but since ADV are out of business, who to pick it up? I'd guess Manga, as they have published most of the rest of Evangelion, but who am I to know?

gabriel
5つ星のうち5.0 the 2nd volume in a very special series
2011年5月7日に英国でレビュー済み
Amazonで購入
great delivery and packaging, beautiful & holy, essential for the neon genesis fan and those newcomers who are finding the series for the first time.