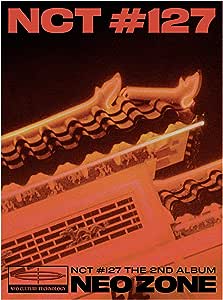 SaraI
5つ星のうち5.0 Good condition & great album!
2020年3月7日にアメリカ合衆国でレビュー済み
Amazonで購入
This order arrived on time (day of release) with adequate packaging and was satisfactory. The album itself is aesthetically pleasing with multiple components (photocard, stickers, photo booklet, etc) that definitely make it worth buying. 127's musical development is clearly visible within this second, full-length album. The songs offer a diversity of ballads, rap-centric songs, and dance-influenced ones. Overall there is a retro vibe to the album and hints to the original pulse of their music. I fully anticipate this being on repeat for the next few months if not longer! Very proud and always impressed with their talent, dedication, and passion to their craft.
続きを読む
3人のお客様がこれが役に立ったと考えています
役に立った
フィードバックを送信中...
フィードバックをお寄せいただきありがとうございます。
申し訳ありませんが、お客様の投票の記録に失敗しました。もう一度試してください。
違反を報告
レビュー を日本語に翻訳する

Molly J.
5つ星のうち5.0 amazing
2020年3月10日にアメリカ合衆国でレビュー済み
Amazonで購入
mine came sealed and brand new, but i was promised “release day shipping” (friday) and got it monday. that annoyed me but its an amazing album and a great price for the extra contents!!! you’ll get a photo card, the little poker chip picture, a really big poster, and a good sized poster book with removable images in addition to the regular photo book. get it now before it goes up in value :)
続きを読む

Roni
5つ星のうち5.0 Great release and best bang for your buck.
2020年3月13日にアメリカ合衆国でレビュー済み
Amazonで購入
I'm a casual listener of K-pop, most K-pop music isn't my cup of tea, and was introduced to NCT a few years back and I must say that I'm highly impressed with this release despite not being the biggest fan of their overall discography.
ALBUM PACKAGING: This album is a great value for money and a novelty item for collectors or casual buyers alike. The photobook and postcards are of great quality and the overall concept, fashion, set, props, etc. was well executed. To my surprise I received two photocards of two different members with my album which, according to friends, is rare. I'm not a collector of photocards nor do I have a group member bias, I'm not big on bias culture, but I'm still pleased nonetheless.

ALBUM TRACKS: I was completely floored by their previous release "Superhuman", one of the best produced K-pop songs to grace my ears, and I was hoping this follow up would keep the momentum. I wasn't let down in the slightest. The overall production and team of songwriters are second to none and the mastering is top notch. It was nice to hear members whose voices are not usually utilized have more lines on this album. The title track 'Kick It' took a few listens to get used to but I enjoy it now. My favorite tracks are the more R&B tinged songs like 'Elevator', 'Pandora's Box', 'Love Song', 'Dreams Come True', and the slow jam 'White Night,' as opposed to their more Pop and Rap heavy sounding songs. There's something for everyone on this album.

Colette
5つ星のうち5.0 It's an absolute gift 😍
2020年3月7日にアメリカ合衆国でレビュー済み
Amazonで購入
Preordered the album and absolutely couldn't wait for it to arrive. I was honestly so excited when it did. All of the songs are absolutely amazing, as I've come to expect from NCT ("Kick It", "White Night", and "Elevator" are my top 3 but seriously, all the songs are a bop). I got a Jaehyun photocard and a Johnny circle card, along with a poster. Definitely recommend, and I'm most definitely proud of my favorite boys for always giving it their all! 🥰❤
続きを読む
1人のお客様がこれが役に立ったと考えています
役に立った
フィードバックを送信中...
フィードバックをお寄せいただきありがとうございます。
申し訳ありませんが、お客様の投票の記録に失敗しました。もう一度試してください。
違反を報告
レビュー を日本語に翻訳する

IamJroar
5つ星のうち5.0 Fantastic
2020年3月8日にアメリカ合衆国でレビュー済み
Amazonで購入
NCT 127 has blessed my ears once again and the physical album is nice as usual. Personally prefer the "book style" they did for We Are Superhuman but I'm still happy with this package and it brings more stuff. It comes with the photo book, stickers, postcards, a group poster, a circle card, a photo card, lyric book and CD.
Unfortunately my copy seems to have been hurt in shipping and had a dent on the top but as I couldn't wait any longer I opened it anyway and found that only the lyric book had some damage, a small dent at the top, really only noticable when in the package so I decided to keep it but I felt I should mention it as Amazon shipped it in a bag/envelope thing and not a box.

Melody
5つ星のうち5.0 Excellent quality album!!!
2020年3月10日にアメリカ合衆国でレビュー済み
Amazonで購入
The quality of the NCT 127 - NEO ZONE album is excellent! The look and the feel of the album in your hands feels like quality. The photos are printed on thick paper and cardstock which we really appreciate. The poster is a really great size too. Also the songs on this album are all really nice, every song is a hit. Bought both versions of this album, "N" and "C" versions, they are both awesome!!
続きを読む
役に立った
フィードバックを送信中...
フィードバックをお寄せいただきありがとうございます。
申し訳ありませんが、お客様の投票の記録に失敗しました。もう一度試してください。
違反を報告
レビュー を日本語に翻訳する

Melody
5つ星のうち5.0 Excellent quality!!!
2020年3月10日にアメリカ合衆国でレビュー済み
Amazonで購入
The quality of the NCT 127 - NEO ZONE album is excellent! The look and the feel of the album in your hands feels like quality. The photos are printed on thick paper and cardstock which we really appreciate. The poster is a really great size too. Also the songs on this album are all really nice, every song is a hit. Bought both versions of this album, "N" and "C" versions, they are both awesome!!
続きを読む
役に立った
フィードバックを送信中...
フィードバックをお寄せいただきありがとうございます。
申し訳ありませんが、お客様の投票の記録に失敗しました。もう一度試してください。
違反を報告
レビュー を日本語に翻訳する

Roseann Ramsaroop
5つ星のうち5.0 Perfect blend of vocal skills, something fresh and new.
2020年3月22日にアメリカ合衆国でレビュー済み
Amazonで購入
My first kpop purchase
I absolutely love nct and the amazing music they create. I got my bias Jungwoo in the photo card and I jumped for joy.