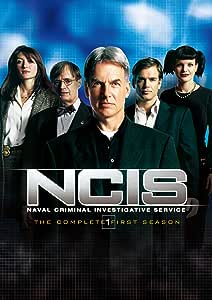 Bashthebudgie
5つ星のうち5.0 Start as series 1 and keep going - 13 series and counting!!
2016年10月23日に英国でレビュー済み
Amazonで購入
I had heard others talking about it and had seen the occasional programme, but thought I ought to start from the beginning and work my way through. All starting to make a bit more sense, though in practice each episode pretty much stands on its own. A bit strange they make so called "Movies" out of a 2 part storyline, but otherwise NCIS is straight forward great entertainment. David McCallum was already into his 70s playing the ME, so obviously still ok for the film industry to allow men to grow "interesting" but the women to grow old and unemployed. Gotta love the science stuff and female actors that look like they can actually do the technical and self defence stuff they portray, so it feels pretty even (except the ridiculous female director character in later series). Off my soap box - watched Mark Harmon since his St Elsewhere days and still a solid performer with a lovely smile - he da man!
続きを読む
6人のお客様がこれが役に立ったと考えています
違反を報告
レビュー を日本語に翻訳する

Su
5つ星のうち5.0 requires a region one or multi region player
2012年4月19日に英国でレビュー済み
Amazonで購入
My sister introduced me to NCIS several years ago, when it was on Channel 5 when it was shown on a Friday evening and clashed with my teams home matches. I watched a couple of episodes and was hooked.

It arrived and I crossed my fingers as I put it in the DVD player on my computer. It didn't play; it just asked me if I wanted to change my player's region code from 2 to 1 (it never offers me zero).

This refusal to play means that the set is a region 1 embedded DVD and only playable in region 1 areas such as the USA or for people who have a region 1 or region 0 enabled DVD player. Fortunately for us I have a portable DVD player which has turned into a universal player. So I breathed a sigh of relief and settled myself down for hours of non stop (except for disc changes, the call of nature and coffee and snack breaks).

I admit that had I known that it was a JAG spin off I probably wouldn't have tried it. I've tried JAG on several occasions since it started but have never been able to take to it. This series, however, is different.

Chicago Hope ). I remember Mark Harmon in the hospital drama  St Elsewhere  from when I was a child, he was so pretty, and he has become more handsome with age.

Michael Weatherly ("Eyes Only" in

The Man From Uncle " McCallum) the pathologist and Abby Sciuto (Pauley Perrette) as the NCIS forensic scientist. Their boss is Director Tom Morrow (Alan Dale - anyone remember Jim Robinson from the early years of the Aussie soap Neighbours).

*** This next section may contain spoilers ***

I have never been able to take to Caitlin Todd as a character. She comes in to the team not from an investigation background but from a security detail background but by the end of episode 2 she is bossing DiNozzo about. In fact she is junior (would be a rookie trainee level member of the team) to DiNozzo. By the end of the series I started to wonder who was in charge of the team, and why anyone would allow that level of bullying from a person to another concerned me.

Yankee White - when a sailor dies on board Air Force One there is a turf war between the FBI and NCIS for control of the investigation. The questions are: was this an attempt on the President; and is he now safe.

Hung Out to Dry - A marine dies during a parachute training exercise. It is up to Gibbs and his team to discover if this was it an accident, suicide or foul play.

Seadog - was a dead sailor really involved in drug dealing

Immortals - A sailor, who was believed to have gone AWOL, is found at the bottom of the sea by some divers. It seems that several of the sailors may have been involved in real-life battles based on a popular MMORPG video game.

Curse - the mummified remains of a sailor are found in an old jettisoned aircraft storage pod, without the money that he was believed to have stolen.

High Seas - when a member of an aircraft carrier flight deck crew is found naked in the ships freezer dosed up on methamphetamine Gibbs and the team are dispatched to discover what's going on.

Sub Rosa - after the murdered body of a submariner is found Gibbs and Kate Todd join the crew on board the submarine to investigate; while DiNozzo is left on dry land with an NCIS computer expert Timothy McGee (the introduction of Sean Murray -

Marine Down - Gibbs and co must find out how a dead man could be contacting his wife when he was killed on a CIA linked black-ops mission in Colombia.

Left for Dead - a woman escapes from a shallow grave and is unable to remember anything except that there is a bomb on a Navy ship.

Eye Spy - some men misuse a spy satellite to spy on female personnel sunbathing on a naval bases beach when they see someone running away from a dead body.

My Other Left Foot - the lower part of someone's left leg is discovered in a dumpster bin, the only identifying marks are a tattoo "Semper Fi", a sock, a boot and a titanium ankle joint, but who is he and how did he die.

One Shot, One Kill - a marine recruiter is killed by a sniper Gibbs and team must try and discover if it is terrorist linked or if there is another reason.

Good Samaritan - the body of naval dentist is found bound and gagged. Gibbs has a battle on his hands to prove that there is a serial killer on the loose.

Enigma - Gibbs former USMC commanding officer is suspected of stealing a large amount of money which he was transporting for the US Government. Gibbs doesn't believe it is true, even after the body of a marine is found in his cabin tortured to death.

Bete Noire - Ducky and his assistant, Gerald, are taken hostage by a terrorist who infiltrated NCIS in a body bag. Will anyone realise what's going on and can they be rescued before things become worse.

The Truth is Out There - during a party a body falls out of a ceiling. Gibbs and his team are called into investigate.

UnSEALeD - a former US Navy Seal convicted of murdering his wife escapes from prison claiming he is innocent and is on the trail of the real killer.

Dead Man Talking - an NCIS agent is killed while investigating a cold case, Gibbs and his team take up the investigation.

Missing - a Gunnery Sergeant disappears after telling a journalist that he might be the next of a group of friends to vanish. The investigation puts one of the team in grave danger.

Split Decision - When the body of a Marine Staff Sergeant is discovered by a group of children Gibbs and his team are taken down the path of weapons smuggling and militia groups. This episode introduces Jimmy Palmer (Brian Dietzen) into the NCIS family.

A Weak Link - a SEAL on a special training mission is killed when he falls while repelling with his team. Due to the nature of the operation they were training for Gibbs and the team are asked to look into the death.

Reveille - Gibbs is still searching for the unknown terrorist who held Ducky and his assistant Gerald hostage, before escaping when things take an unexpected turn.

NCIS is a good detective series based around the US Navy and Marine Corpse. Please don't be put off by the military linkage as it is frequently done in the vaguest of ways.

On the region 1 release the soundtrack is English only and the subtitles are English and Spanish.

I'm not sorry I bought the season one box set (in fact I have sinced purchased several of the seasons), but I was fortunate enough to have a player that could play region 1 DVDs, if I hadn't I would have been very disappointed.

If you have a multi-region player and want to see the extras then I can recommend this box set.
続きを読む
違反を報告
レビュー を日本語に翻訳する

Rad
5つ星のうち5.0 If you like crime drama and army / navy this is for you both in one package
2019年11月4日に英国でレビュー済み
Amazonで購入
It's a great series like the title says if your in to crime drama and also like army navy then this is for you a great cast with ups and downs and good twists and sad goodbye that all make a great series
続きを読む
違反を報告
レビュー を日本語に翻訳する

Ms. L. Bunton
5つ星のうち5.0 NCIS Season 1
2013年9月29日に英国でレビュー済み
Amazonで購入
If you enjoy CSI and similar programmes, you'll enjoy this take. Difference is these characters make it more fun while still carrying out a serious professional job. Story lines are different and interesting and at times, very funny. Michael Weatherly is gorgeous. David Mcallum (scoose spelling), is great as 'Ducky".. Compelling watch and I've bought all series up to 8... but have recently bought 1-3 because I didn't see the beginning of the series... sounds daft but I'm going to watch all of them again.
続きを読む
違反を報告
レビュー を日本語に翻訳する

Frances
5つ星のうち5.0 Probably Biased Review but...
2013年7月23日に英国でレビュー済み
Amazonで購入
I just fell in love with this series after catching one or two episodes on TV. I get annoyed with advertisements on the TV all the time so decided to order the first season DVD set to see if it was as good the whole way through. I wasn't disappointed. The first episode explains how Kate joins the team. The relationship of the team is the key to what makes the series a 5* for me - the banter and humour is so good. I watched the set twice and still laughed out loud at some of the situations. Went straight on to order season 2.
続きを読む
違反を報告
レビュー を日本語に翻訳する
すべてのレビューを参照します
Amazonプライム会員ならお急ぎ便、日時指定便が使い放題
さらに、映画もTV番組も見放題。200万曲が聴き放題 。クラウドに好きなだけ写真も保存可能。
> プライムを無料で試す