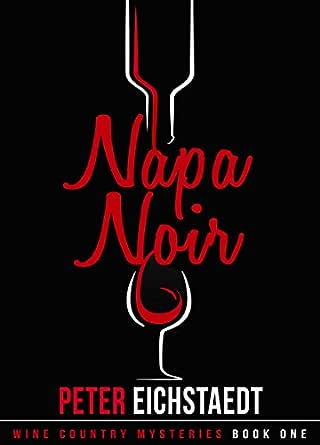 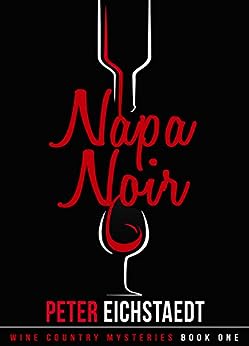 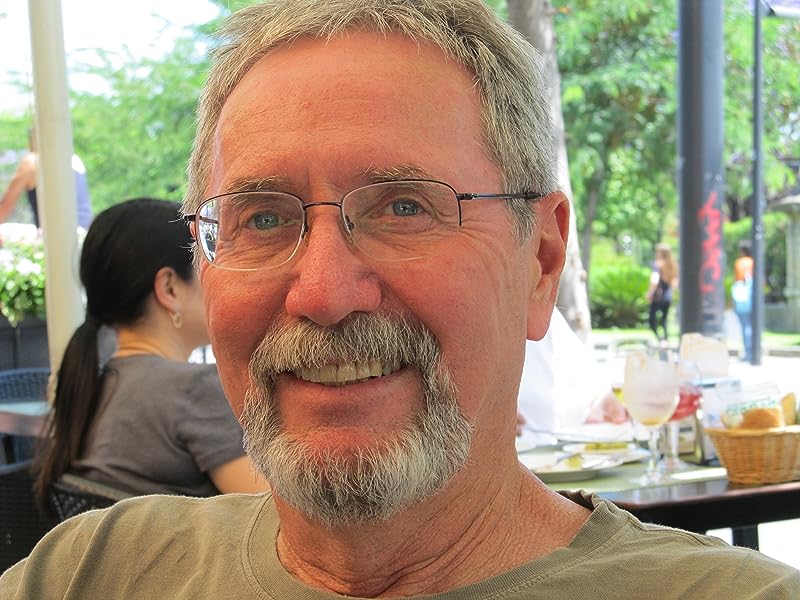 One of the dead is the winery’s top investor, a high-tech genius, who was shot and killed by the winery’s owner, who in turn was gunned down by Napa County sheriff deputies.

At the murder scene, Dante encounters Carmen Carelli, the lawyer for the deceased investor and whose case files he rifles after sharing wine and other pleasures.

But when Carelli is shot and wounded jogging near her house in Sonoma, Dante knows something deeply sinister is fermenting in wine country.

Doggedly pursuing the story, Dante uncovers fraud, deceit, and a toxic scandal certain to shake the wine world and topple an international wine producer. But he must stay alive to publish the story.

Peter Eichstaedt is an award-winning author and journalist, who has lived and worked in the world's most troubled regions. He has reported from the Balkans, eastern Europe, Afghanistan, and central and eastern Africa. He is the author of books on Uganda's child soldiers, the Somali pirates, war in eastern Congo, America's war in Afghanistan, and life along America's trouble border with Mexico. He lives in Denver, Colorado.

Duane K. Kromm
5つ星のうち5.0 It’s not who but why!
2018年7月28日 - (Amazon.com)
Amazonで購入
Peter Eichstaedt tells you who the murderer is on page one. But the real story is the “why”. He has an easy style, interesting characters and an intriguing story line that kept me turning the pages and reluctantly putting the book down around midnight for a few nights. The fact that he moved through familiar wine country and San Francisco terrain only made it more fun. It was grounded in plausible wine country reality and a good summer read. Plus the plight of the modern journalist searching for work in a world of shrinking local newspapers had its own sad refrain. I wonder where investigative reporter Dante Rath will go next. All in all a clever story with a coterie of lethal and beautiful women.
続きを読む
1人のお客様がこれが役に立ったと考えています
レビュー を日本語に翻訳する

Amazon Customer
5つ星のうち5.0 It’s a fun read!
2018年7月22日 - (Amazon.com)
Amazonで購入
Eichstaedt is a former journalist with several nonfiction books and awards under his belt. He’s put his talents to use here to create a mystery that had me wondering not only ‘how’ but ‘why,’ right up to the end. His characters are well developed and distinct from one another. I live in the Napa Valley, and Eichsteadt showed me things I never knew. It’s a fun read!
続きを読む
1人のお客様がこれが役に立ったと考えています
レビュー を日本語に翻訳する

S Reads
5つ星のうち5.0 Great "who done it"
2018年6月26日 - (Amazon.com)
Amazonで購入
Very intriguing and suspenseful, loved all the wine country details and the interesting characters. Looking forward to the next installment of the series.
続きを読む
レビュー を日本語に翻訳する

Kattie L. Reinhart
5つ星のうち3.0 he starts to uncover seedy business dealings in the wine world and discovers a deadly secret that some big shots in the wine industry would like to remain secret
2018年5月25日 - (Amazon.com)
Thank you Wildblue Press for sending me a copy of Peter Eichstaedt's Napa Noir in return for an honest review. 3.5- 3.75 Stars

Napa Noir has a thrilling introduction. It opens with Chao Ling running for his life at Morrison Creek Winery. He is being chased by Bernie Morrison, who is trying to kill him. Chao had called the police, who arrived while Chao was still alive, but they had failed to save him. The cops shot Morrison down in response. I was into the fact that the mystery did not resolve around who killed Chao, but more on what caused Morrison to snap and kill Chao.
Dante Rath, a journalist with a wine column, jumps at the chance to cover Chao and Morrison's murders. He wants to know what Morrison's motivations were. Dante had a tense history with Morrison himself. As Dante investigates the deaths of Chao and Morrison, he starts to uncover seedy business dealings in the wine world and discovers a deadly secret that some big shots in the wine industry would like to remain secret.
The pacing for the most part was decently paced although there were points in the story where it seemed to lag. I feel that points where the story dragged it was due to the fact that Eichstaedt did not develop the mystery to be a convoluted mess and every chapter did not have a huge reveal. Sometimes the plot was bogged down by repetitive descriptions. For instance, Chao's sister Mei was described as being "disgusted" by her brother multiple times. It is never phrased as she speaks about Chao with disdain or Meil looked down on her brother's choices.
The lack of word choice also gave me a strong clue as to the identity of the bad guys that orchestrated many of the events that took place. However, I did struggle with determining the motive. Eichstaedt did provide a red herring or two into Napa Noir, but these people were not entirely innocent.
I appreciated how much I learned about the wine industry (business, legal, harvesting, etc). I did go into Napa Noir with very little knowledge about wine. I am interested in reading more of the Wine Country Mysteries series and seeing where the series go.