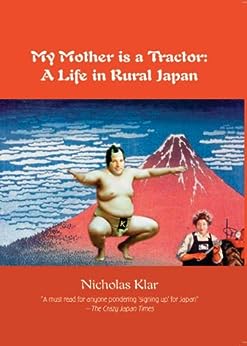 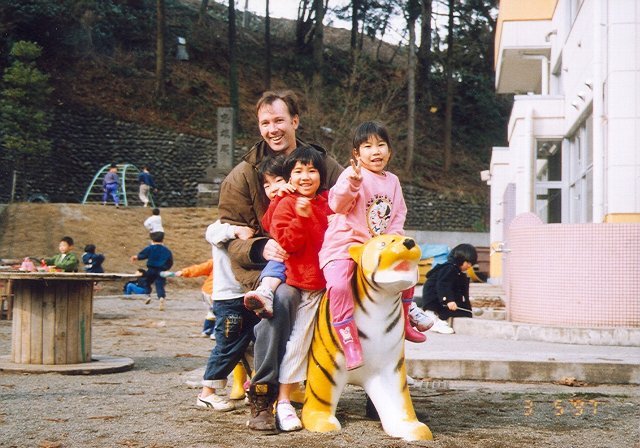 My Mother is a Tractor: A Life in Rural Japan (English Edition) Kindle版

Nicholas Klar is a peripatetic teacher and writer originally from Adelaide, Australia. He has lived in four different countries, studied in Australia and the U.S., and has travelled widely through Asia and the Pacific. His most recent incarnation was as Senior Head of House at a private international college in Shanghai, China. His only real claims to recent fame were that he was, 1) the only person in the whole of Shanghai without a mobile phone, and 2) apparently the only non-beer drinking Australian in the whole of Asia.

Previously he was resident in Japan where he was a regular contributor to the JET Journal, Niigata JOHO and other magazines, plus in addition was editor/webmaster of The Joetsu goodo Travel Guide and Welcome to Myoko-kogen.He has had several short stories, travelogues, articles and essays published previously in various media such as The Japan Times, Shanghai Daily, Fukuoka-Now, Jetstreams and Voyage but 'My Mother is a Tractor' is his first full-length book.

At present he is on a writing sabbatical and looking forward to new adventures. His ambition is to be very rich without ever having to actually work for it...and to never hear the words 'Let's climb Mount Fuji' again.

Zeshan
5つ星のうち5.0 Every Situation is Different
2013年3月30日に英国でレビュー済み
Amazonで購入
ESID - An acronym that one gets used to reading constantly on JET Programme related forums and blogs. This book illustrates one such situation about an JET participant's experience in the remote countryside. I had avoided reading this book for sometime, mainly because I would miss my time in Japan. Now 7 years on, its an easy read. If you have spent time on the JET Programme and are looking for some nostalgia and reignite the memories of your past, I would highly recommend this title. If you are applying for the programme, I would recommend that you make a note of this title to read upon your return - you will be surprised how every experience is on the JET programme is similar and yet different. In short: buy it if you are missing being an English Teacher in Japan!
続きを読む
2人のお客様がこれが役に立ったと考えています
違反を報告
レビュー を日本語に翻訳する

Surveyors online
5つ星のうち5.0 Well written, Enjoyable Read
2013年4月26日に英国でレビュー済み
Amazonで購入
Having lived (and still living) in Japan for nearly 5 years I empathise with the feelings of the author, and I am glad he set them out in the text. A MUST read for anyone contemplating the JET program along with For Fukui's Sake (more recent experience) and Learning to Bow (older), and a worthy read for anyone interested in life in Japan.
続きを読む
2人のお客様がこれが役に立ったと考えています
違反を報告
レビュー を日本語に翻訳する

Rebecca
5つ星のうち4.0 thoroughly enjoyable
2013年7月28日に英国でレビュー済み
Amazonで購入
Had me in fits of laughter. I'm moving to Japan soon so is a good book to prepare me for the differences that lie ahead.
続きを読む
1人のお客様がこれが役に立ったと考えています
違反を報告
レビュー を日本語に翻訳する

Dave D
5つ星のうち4.0 A fun read
2013年11月29日に英国でレビュー済み
Amazonで購入
This is my third book on Japan and it was an enjoyable read. My favourite being 'Hokkaido Highway Blues', followed by this then 'For Fukui's Sake'. I am applying for the JET programme myself so I enjoyed reading about the authors experience and the potential of what I could face as a JET ALT. I instantly identified with the authors style of writing and humour and there were some good laugh out loud moments in this too. I liked the fact that the book read fast (always a bonus for me) and described the working life of a JET quite well. My only gripe with this book is that the author censors words. The big, drinking, cheeky mash-head of an Aussie doesn't even write the word 'pissed" in it, it's written as p****. I mean come on, it's 2013 and while this is just a personal thing for me as Londoner (and also a person who has lived in censorship free Denmark) I simply hate censorship especially words I don't even consider swearwords. I mean step on London bus just after school and there are 12 year olds using far worse language than written here. This is the first book I've read with censorship so that's my minor gripe..and it is a tiny gripe...hope he changes it one day..In HHB's there's loads of swearing! :)

Anyway...back to the book!! A very enjoyable read complete with a very cheap prize as a digi book! I would happily recommend this book!
If you see a book called Cockney Paddy on the JET..then you know I made it in!!