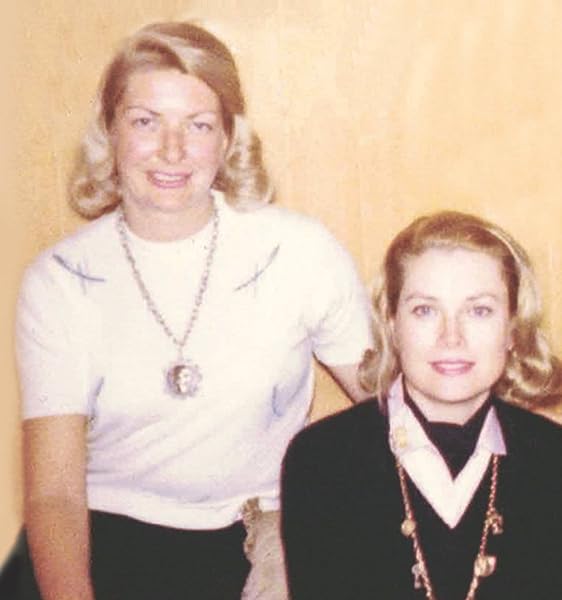 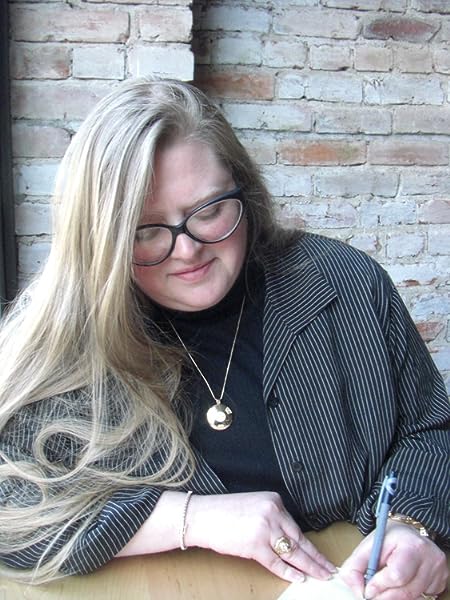 Louise Kolbeinsen
5つ星のうち4.0 Bird's eye view of life in Monaco as Princess Grace.
2015年1月28日に英国でレビュー済み
Amazonで購入
I really liked this book. I've read all the major ( and many of the obscure) Grace Kelly biographies and this one manages to cover new ground.
The author was a friend of Grace's, and while she does view all things about Grace through rose tinted glasses, she was present for many years (and many parties!) in Monaco and gives an insider's view of life in the palace. I found the author's description of Grace and Rainier's last trip to Norway particularly interesting and bitter sweet. As well there are a number of never seen pictures which is always a bonus. If you are a Grace Kelly fan then this book is a must have.

F Stehle
5つ星のうち1.0 Boring! Just a list of menus
2015年8月5日に英国でレビュー済み
Amazonで購入
Boring! Just a list of menus, drinks, parties, whom she met and how wonderful the author and her family are. The authoress even let people think that she herself was Princess Grace of Monaco; how conceited. For good measure, some positive comments about the Grimaldi family are included.
続きを読む
1人のお客様がこれが役に立ったと考えています
役に立った
フィードバックを送信中...
フィードバックをお寄せいただきありがとうございます。
申し訳ありませんが、お客様の投票の記録に失敗しました。もう一度試してください。
違反を報告
レビュー を日本語に翻訳する

Happyslapper
5つ星のうち4.0 A Dignified, Classy Book
2014年12月30日にアメリカ合衆国でレビュー済み
Amazonで購入
So many books on famous women "treat" us to nothing but tabloid sleaze, affairs, drinking, and the like. This book gives us an honest heartfelt in-depth look at Grace Kelly, the woman who became HSH the Princess of Monaco. The author does not gloss over Grace's flaws, but rather, endorses the amount of work she invested in improving herself as well as the lives around her.

She speaks with such precise detail about the Princess' charitable works, her empathy, and her extreme dedication to her family and friends. Only an individual who knew her intimately could have given us such infinite minute about the princess, yet, at the same time, holding her confidences. Joan Dale chose to write this book, with the assistance of her daughter, many years after Grace's own untimely demise; indeed, her daughter gleaned much of the information from notes and pictures that her mother, who perhaps never intended to even write a book, years after her own mother's passing. These facts indicate to us that perhaps they were not attempting to make money, but rather, tell us an intimate portrait of a woman they both admired.

In addition to details relative to the Princess' own family relationships and charities, we are treated to an interesting historical discourse on Monaco as a principality itself. The challenges with DeGaulle and Onassis, as well as the history of the Grimaldi family going back centuries.

The only reason I did not give this book five stars is because, in my opinion, there were parts that were rather boring, particularly her letters to her mother - one did not need to hear all about the galas, balls, etc. that she wrote to her mother about. It's nice the author wrote to her mother, it's just that all in all, it tended to "break up" and disrupt some of the more interesting facts in the book and near the end, one started skipping over the "dear Mom" parts!

While not the best memoir I have ever read, I do believe it is up there, and certainly worth picking up from Amazon; and most certainly gives the most truthful description of the life of this remarkable woman to date.
続きを読む
12人のお客様がこれが役に立ったと考えています
役に立った
フィードバックを送信中...
フィードバックをお寄せいただきありがとうございます。
申し訳ありませんが、お客様の投票の記録に失敗しました。もう一度試してください。
違反を報告
レビュー を日本語に翻訳する

Catherine p LaViolette
5つ星のうち3.0 If Joan Dale's Letters Hadn't Been About Princess Grace This Book Would Be Fairly Dull Reading
2015年12月6日にアメリカ合衆国でレビュー済み
Amazonで購入
I've read nearly every book published about Princess Grace--even the salacious ones--and was looking forward to what had been described as a "warm, complementary account of {the author's} friendship with Grace during her life in Monaco." Yes, it's interesting. I wouldn't say there were any revelations--good or bad. It's largely based on the many letters Joan Dale sent to her parents back in the U.S. about her conversations, adventures and time spent with Princess Grace--and occasionally Rainier and their children. I shared the book with my aunt and I think she summed it up best when she said it seemed like the author's daughter was looking to make a buck off of mostly mundane correspondence. That being said, it's a fast read and perfect for kicking back on a rainy day and delving in. The subject makes it worth the three stars I gave it and that's what you should keep in mind when deciding whether or not to purchase the book. If you like Princess Grace, it's a nice read; if you're lukewarm or don't know much about Grace, I don't think you'll enjoy it much.
続きを読む
8人のお客様がこれが役に立ったと考えています
役に立った
フィードバックを送信中...
フィードバックをお寄せいただきありがとうございます。
申し訳ありませんが、お客様の投票の記録に失敗しました。もう一度試してください。
違反を報告
レビュー を日本語に翻訳する

WRB
5つ星のうち3.0 Insightful read
2014年12月2日にアメリカ合衆国でレビュー済み
Amazonで購入
This is truly an insightful and beautiful memoir about a lovely Princess - Princess Grace of Monaco. Taken from the fond memories of a close friend, Joan Dale, a beautiful picture was painted of Princess Grace.

The fairy tale wedding, and the wedding of the century, to Prince Rainier III was just the beginning. Prince Rainier and Princess Grace were a magnificent couple. Her presence filled a room, more beautiful than one could imagine, and the Prince was affable, with a magnetic personality, although somewhat shy.

The book takes you through the crises with France, and the threat of Prince Rainier losing his throne. Prince Rainier had to deal with DeGaulle and his ultimatum stating that if Rainier kept his stance of remaining an independent and absolute ruler,he would depose the Prince. The issue was finally resolved in 1962 when Prince Rainier announced that a new constitution would soon be implemented.

Princess Grace was portrayed as a very genuine person, being compassionate and caring, warm and loving, and most importantly, humble and down to earth. During her 26 years as Princess of Monaco, she had a charismatic presence and a beauty that shone brightly from deep within. There are no tawdry details revealed in this book - kudos to the author for that!

My only negative comment - too much information, and I must admit I did some skimming over a lot of details. But that being said, for the most part, this was a good read. My rating - 3.5 stars.

Paola Zuffinetti
5つ星のうち5.0 A unique angle for a great book.
2018年1月14日にアメリカ合衆国でレビュー済み
Amazonで購入
This is a very good book. The author takes you sweetly by hand into the everyday life of the Principality of Monaco. And she shares with readers her unique experience of getting to know Grace Kelly in her role as Princess but catching her extraordinary personality as a lady, an American lady, but most of all as a human being. A book so relaxing and well written. Also interesting is the point of view of Americans abroad perceiving the charm of this riviera corner of Europe along with all the people she met.
続きを読む
1人のお客様がこれが役に立ったと考えています
役に立った
フィードバックを送信中...
フィードバックをお寄せいただきありがとうございます。
申し訳ありませんが、お客様の投票の記録に失敗しました。もう一度試してください。
違反を報告
レビュー を日本語に翻訳する

Trish L Griffin
5つ星のうち5.0 A must for every Princess Grace fan!
2015年7月17日にアメリカ合衆国でレビュー済み
Amazonで購入
Excellent and Captivating. This book truly demonstrates via decades of personal letters that were hand written by Princess Grace and Prince Rainier to Joan and Martin Dale, and from the Dales back to Grace and Rainier, including many, many photos to go along with the letters what life was like in the mid fifties through Princess Grace's death and until 2005 when both Rainier and Joan Dale passed away. The warm and loving deep friendship between them, along with the struggles of life and that of being a Prince, Princess and ruling a Principality, the daily formal political obligations of duty, which left very little time for anything of normal family life. Joan Dale was a meticulous saver of documents and details keeping a diary of events, which are showcased in this book. Its a delight and very informative from someone who REALLY knew Princess Grace, Prince Rainier and their children. A must for every Princess Grace fan!
続きを読む
2人のお客様がこれが役に立ったと考えています
役に立った
フィードバックを送信中...
フィードバックをお寄せいただきありがとうございます。
申し訳ありませんが、お客様の投票の記録に失敗しました。もう一度試してください。
違反を報告
レビュー を日本語に翻訳する
その他の国際レビューを読み込む

BJ
5つ星のうち5.0 She was down to earth. HUMAN
2018年8月29日にアメリカ合衆国でレビュー済み
Amazonで購入
Good information and good reading. Pictures could have been more clearer to see the Princess beauty that was described through out the BOOK. MAYBE IN COLOR NOT BLACK AND WHITE! But over all good BOOK!
続きを読む
役に立った
フィードバックを送信中...
フィードバックをお寄せいただきありがとうございます。
申し訳ありませんが、お客様の投票の記録に失敗しました。もう一度試してください。
違反を報告
レビュー を日本語に翻訳する

Chris F.
5つ星のうち5.0 Good read
2015年6月6日にアメリカ合衆国でレビュー済み
Amazonで購入
Well written even if it's all sap. Grace was a lovely person inside & out and not playing into the scandalous times we live in today. She was beautiful from start to finish and completely human.
続きを読む
役に立った
フィードバックを送信中...
フィードバックをお寄せいただきありがとうございます。
申し訳ありませんが、お客様の投票の記録に失敗しました。もう一度試してください。
違反を報告
レビュー を日本語に翻訳する