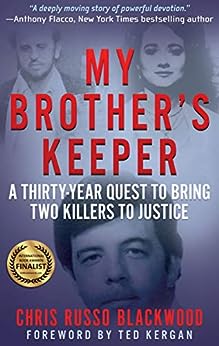 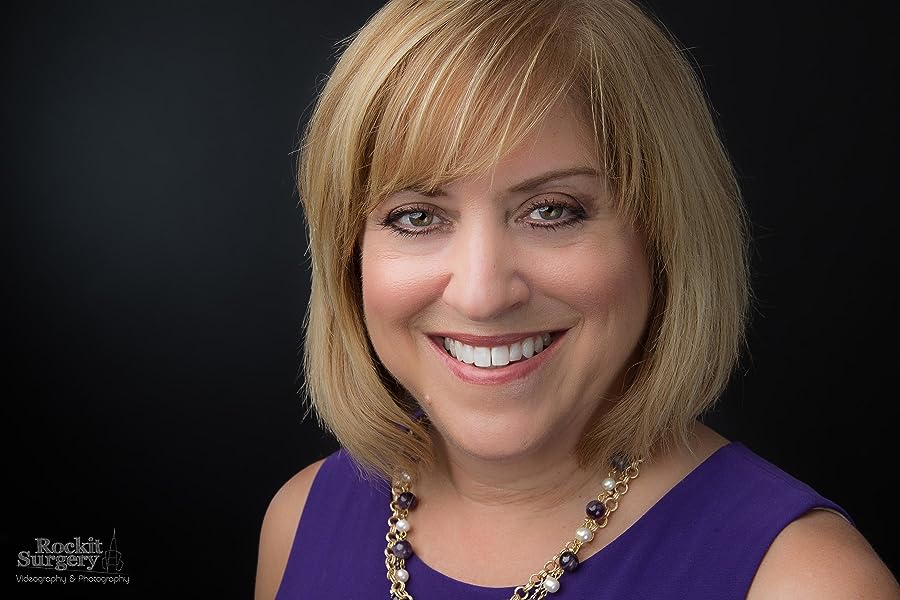 "A tremendous story of love and murder, faith and tenacity."--Steve Jackson, New York Times bestselling author of A CLOCKWORK MURDER

Chris Russo Blackwood has always had a passion for solving mysteries. In 2012, she became intrigued by the uncanny coincidences and drama surrounding MY BROTHER'S KEEPER and began chronicling the myriad facts in this case that would become the basis for her first book. Working side-by-side with her friend, public relations executive Ann Edelman, and Ted Kergan, the victim's brother and protege, whose dogged determination kept this case alive for decades, Chris uses her all-compassing knowledge of people and places indigenous to South Louisiana, both now and in 1984, to weave this rollercoaster tale of Gary Kergan's murder and the 30-year relentless pursuit of the two killers by his brother, Ted. Chris is a Louisiana Women in Media Lifetime Achievement Award winner, having spent 40 years as a journalist, 22 of those as a Baton Rouge city magazine publisher, website creator and event planner. She began her career as a feature story writer, then editor, for The Advocate, Baton Rouge's daily newspaper. She left the newspaper in 1989 to create her own city magazine, InRegister. During more than two decades of chronicling social and cultural issues for the publication and its website, Chris was recognized by Sales and Marketing Executives International as"Marketer of the Year" in 1991, by the Public Relations Association ofLouisiana as"Communicator of the Year"in 1994 and by Baton Rouge Business Report as one ofthe "Most Influential Women in Business: in 1999.Chris also brought her magazine's pages to life as host of her own weekly television show, "InRegister on the Air," on Baton Rouge's ABC affiliate from 1995-1997. In 2009, she sold her publication, seeking new avenues for her restless creative nature. Following a career-long path of entrepreneurship, Chris has conceived, owned and marketed a number of niche businesses, including her latest, RussoRoss, a boutique featuring "Clothing for women who weren't born yesterday." She and her husband, Bill Blackwood, live in Baton Rouge. Together, they have seven children and six grandchildren. --このテキストは、paperback版に関連付けられています。

Blaine Pardoe
5つ星のうち5.0 Not your typical true crime fare
2018年1月26日にアメリカ合衆国でレビュー済み
Amazonで購入
I purchased a copy of this book because of the theme. This is not just an off-the-shelf true crime. It has a potent twist. It is a story of the sibling of a victim and his dogged pursuit of his brother’s killers for three decades. That angle is potent and intriguing and makes this book stand out.
I won’t ruin the plot much for you in this review. My Brother’s Keeper is a gnarly story of a typical entrepreneur who collides with the wrong people – heinous individuals out to rob and murder him. It is more than that though. The brother of the victim, Ted Kergan, finds himself thrust into the role of private investigator. He doesn’t just accumulate information about his brother’s untimely demise, but takes a hands-on role with the pursuit of the killers.
I found myself glued to the text, unable to put the last five or so chapters down. This is not a book where you are wondering who did it – but instead you see the victim through his brother’s memories, intertwined with the gritty detective work that Ted undertook to bring the killers to justice.
As a true crime author I interact with family members who carry the mantle of memories of their lost family members. Many cradle a box of reports and newspaper clippings, or printouts of emails from would-be tipsters. Only a rarified few go to the extent that Ted Kergan did bring murderers into the light of justice. In this respect, the book rang true to me as few true crime books do.
I found myself angered and frustrated that the killers were not tried decades earlier. The evidence that was in the hands of police was staggering, right down to diary entries and maps. This is a classic example of where justice damn-near failed. I found myself re-reading the chapter where they were let go, just so I was sure I fully understood the reasoning. It was a decision that drove this case into the frigid icebox of cold cases, almost forgotten, except by a handful of people.
My Brother’s Keeper is not a remarkable crime, not one that tattoos itself into your memory. The killers were not stunningly cunning in their evasion of law enforcement. What makes this book stand out is the relationship between Ted and Gary Kergan and the extent which Ted rolled up his sleeves and stalked the killers, ensuring they went to prison. While it is not a crime that you will remember, it is a book you cannot ignore or put down – especially near the end. Chris Blackwood is an author to watch.

R. Beck
5つ星のうち1.0 A lot of repetition and the same old cliche
2018年11月18日にアメリカ合衆国でレビュー済み
Amazonで購入
This wouldn't have been written if the runaway had been unattractive and from a poor family. The book has a lot of repetition and even though it mentions the victim and refers to him as a great guy it also seems to skip over the fact that he had a dark side which wasn't explained well other than he was cheating on his wife and doing drugs. I do feel sad for the brother living all those years seeking to find justice and spending millions of dollars to do so, I would not consider him to be a man in a healthy state of mind and hope he has sought professional help. IMO
続きを読む
違反を報告
レビュー を日本語に翻訳する

Robert Piatkiewicz
5つ星のうち5.0 Great book
2017年11月11日にアメリカ合衆国でレビュー済み
Amazonで購入
Living here in Baton Rouge and being apart of law enforcement here for 18 years really made this book even better than it already is. I’m not an avid reader and usually read when I can’t sleep because it puts me to sleep, but I could not put it down very well written.
続きを読む
3人のお客様がこれが役に立ったと考えています
違反を報告
レビュー を日本語に翻訳する

Mimi
5つ星のうち4.0 Read this book!
2017年11月4日にアメリカ合衆国でレビュー済み
Amazonで購入
I read this book and became totally absorbed in the underbelly beneath my own backyard. It's cliche but truth is stranger than fiction. I read the Kindle version and that may have been a mistake as the editing lacked precision but the substance was 5 star. I totally loathed the clearly defined defendants and cheered for the victim's family . If you like a good tale of sociopaths and fine investigaton you will enjoy this ride!
続きを読む
3人のお客様がこれが役に立ったと考えています
違反を報告
レビュー を日本語に翻訳する

Mike
5つ星のうち5.0 Great Story Of One Brother’s Love and Commitment
2017年10月22日にアメリカ合衆国でレビュー済み
Amazonで購入
Enjoyed this story of a brother’s decades long search for truth and justice. The author does a wonderful job of leading the reader through this tawdry true crime, chronicling a younger brother’s emotions as he dedicates enormous resources to holding two killers accountable. Although the “who done it” may seem obvious the reader is left wondering who is the true mastermind and how exactly the crime was carried out. Like many great true crime stories at the end of the book you will still have questions that you will have to answer by deducing results from crime scene analysis, court testimony and what wasn’t found.
続きを読む
3人のお客様がこれが役に立ったと考えています
違反を報告
レビュー を日本語に翻訳する
すべてのレビューを参照します
トップへ戻る
Amazonについて
Amazonでビジネス
Amazonでのお支払い
ヘルプ＆ガイド
日本語ショッピングのための言語を選択します。 日本ショッピングのための国/地域を選択します。
© 1996-2020, Amazon.com, Inc. or its affiliates