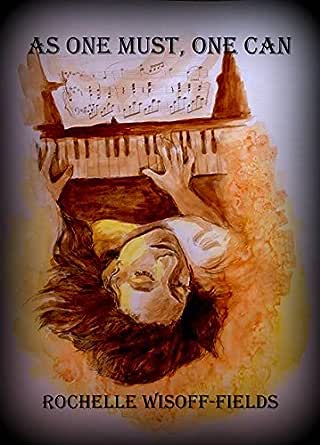 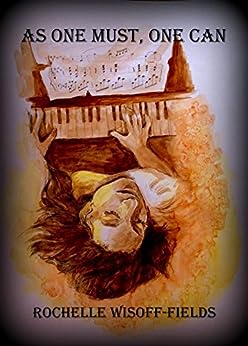 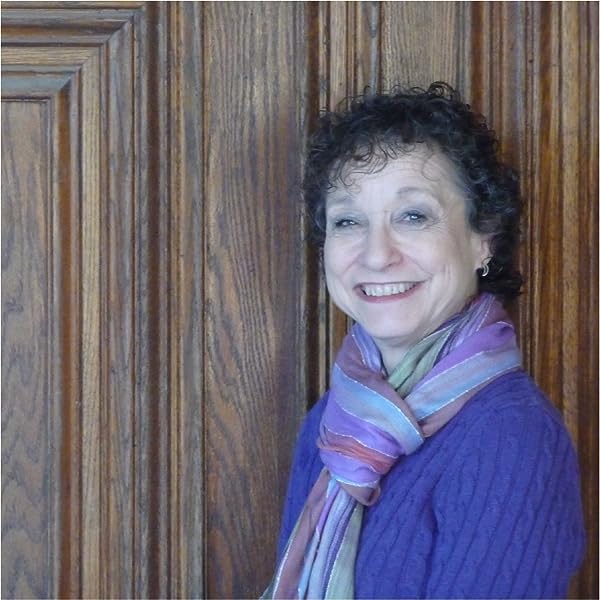 As One Must, One Can (The Havah Gitterman Saga Book 3) (English Edition) Kindle版

For those who have wondered what happened to Havah and the others, an uplifting resolution is in store. As they did in Please Say Kaddish for Me and From Silt and Ashes, the characters shine in the third in Havah's trilogy, As One Must, One Can. The warm smells of the Jewish cooking kept me hungry during the process. It was tradition and a story of triumph over adversity, full of interesting historical facts that enriched the narrative and provided a sense of authenticity. L.D. Whitaker, author of Geese to a Poor Market --このテキストは、paperback版に関連付けられています。

S.C. Potter
5つ星のうち5.0 A deeply moving story with an unforgettable heroine.
2017年2月21日に英国でレビュー済み
Amazonで購入
After reading the first two 5-star books in The Havah Gitterman Saga, I thought that Rochelle’s Wisoff-Field’s writing couldn’t get any better, but "As One Must, One Can" is her crowning achievement.

Until I read the first novel in the saga, set at the end of the 19th century, I’d no idea about the persecution and wholesale slaughter of Jews in Czarist Russia at the hands of so-called Christians who accused them of being “Christ killers”; and yet, it seems that what came later in World War 2, has overshadowed all earlier atrocities and genocide committed against Jewish people.

Whilst reading "As One Must, One Can", I kept thinking, here’s Havah settled in the US with those of her family and friends who have survived the horrors of the pogrom in Russia, and yet the prejudice towards Jewish people still exists in the Land of the Free and is clearly demonstrated in certain quarters; a violence bubbling beneath the surface, waiting to erupt. In fact, the author does a masterful bit of foreshadowing, which I’ll not reveal in this review, as it would be a spoiler, but it left me thinking, is this saga going to end with this novel, or is it going to march onwards into both of the Great Wars? In some ways, it is best left, lest it breaks my heart. I say this, because it’s impossible not to feel a deep fondness for Havah, her family, and her friends, warts and all. They are such real people, their emotions laid bare for the reader to see. I also say this, because music is one of the themes in Book 3, as one of the characters is a child musical prodigy (no spoilers here), and I kept thinking of all those talented musicians who had their lives needlessly snuffed out in the gas chambers a few decades later.

In summary, you need to read the books of this saga in order to gain the most from your experience. Yes, "As One Must, One Can" could be a standalone novel, with its non-intrusive backstory, but there’s a huge cast of characters whose names are a challenge to assimilate and recall at speed. It is the nature of any epic work: that you need to concentrate. It is with huge skill that Rochelle Wisoff-Fields manages to keep control of all those threads and weave them into something so complex on one level, yet so full of fine detail on the other. A brilliant achievement.

Gabriele L.
5つ星のうち5.0 Moving and timely
2018年11月7日にドイツでレビュー済み
Amazonで購入
Antisemitism, as any discrimination, lives from dehumanizing the victims and from normalizing atrocious language and actions. It is of great importance to see people of all creeds and ethnicity as living, feeling people: human beings like you and me with their wants and needs, triumphs and tragedies.
The half-fictional Gitterman family with Havah Gitterman as the central figure stands for these fellow humans. Rochelle Wisoff-Fields shows their daily lives and makes us care about them in a masterful way.
From the russian pogroms at the turn of the last century to builiding a life and a future in the USA we follow this extended family through thick and thin until we come with them to a close at the end of As One Must, One Can.
The author never coddles her characters, they have to endure hardships, heartbreak, but also joy and success. Since book one, Please Say Kaddish For Me, I loved, cried and laughed with these compelling characters who are the greatest strength of these novels. Add to that historical accuracy, good writing and a fine sense of humour and you have a moving, very entertaining and satisfying read. Educational, but not boring: that's how I love historical fiction.
Antisemitism has been around for milennia and it is still here, raising its ugly head in waves. Our times, sadly, are no exception. Books like the Gitterman trilogy can help us see what these actions really mean for the people who have to endure this kind of hatred and discrimination. We need more books like these.
続きを読む
違反を報告
レビュー を日本語に翻訳する

Some bits and pieces from the first two books come back to complete the puzzle, so to speak, in the third. I laughed, I cried, was shocked and danced with glee.

Highly recommend this book, but please, please, do read the first and second. They are family and should not be separated!
続きを読む
違反を報告
レビュー を日本語に翻訳する

EE
5つ星のうち5.0 Well done again, Rochelle
2017年11月28日にアメリカ合衆国でレビュー済み
Amazonで購入
Rochelle has done it again with, As One Must, One Can. I've read all three of the books in the Gitterman trilogy and they are insightful, informative, and realistic. I had not realized the history of the Russian pogroms and the devastation they inflicted on the Jewish people. This story is one of resilience and overcoming in the midst of very trying difficulties. Thanks Rochelle for chronicling these amazing stories.
続きを読む
2人のお客様がこれが役に立ったと考えています
違反を報告
レビュー を日本語に翻訳する

JWF
5つ星のうち5.0 Caution, this writer may be addictive.
2016年12月13日にアメリカ合衆国でレビュー済み
Amazonで購入
This is the wonderful third book of a trilogy about persecution that begins in Czarist Russia and ends in Kansas City. I have read all three and, they are the best researched and well written I have had the pleasure of reading. Although, this is not a book, or genre I would choose, I could not put them down. This last book keeps you guessing until the end as to the fate of characters and whether there is still justice or persecution of the beloved characters. If you enjoy reading, these books are an integral addition to your library. You WILL love, hate, laugh and cry. Phenomenal author and one to continue following.
続きを読む
違反を報告
レビュー を日本語に翻訳する
すべてのレビューを参照します
トップへ戻る
Amazonについて
Amazonでビジネス
Amazonでのお支払い
ヘルプ＆ガイド
日本語ショッピングのための言語を選択します。 日本ショッピングのための国/地域を選択します。
© 1996-2020, Amazon.com, Inc. or its affiliates