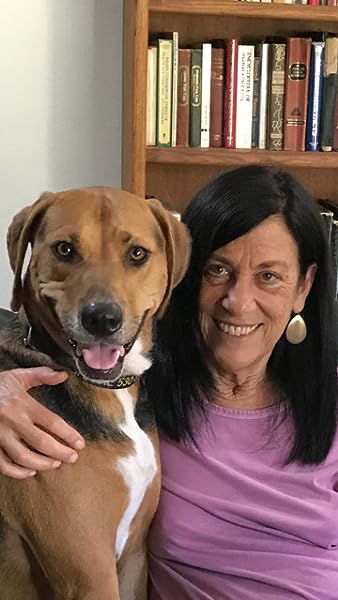 Jed's quiet life as caretaker of the San Francisco Columbarium is turned upside down when he comes upon a dead woman's body and a crying baby just inside the gate. His search for answers thrusts him into a world of corruption, bigotry and drug trafficking and he becomes one of the principal suspects.

"I have read all of Ms. Gallo's novels and I always enjoy the characters in her books. She paints a very clear picture of the people in her stories that makes them easy to see in one's mind. I also enjoy her story lines that are very easy to follow. I was so engrossed in this story that I finished it in two sittings and can not wait for her next novel."

​"All of Emily Gallo's books are read-reads that make me think and laugh and touch my heart. They would all be great book club choices for discussion. Definitely thought provoking and entertaining."

Piaras
5つ星のうち5.0 A first-class whodunit with perfect pacing.
2019年2月21日にアメリカ合衆国でレビュー済み
Amazonで購入
Author Emily Gallo weaves a first-class murder mystery with intriguing twists and turns that will easily captivate the reader’s attention from the beginning. The author paints a compelling story of corruption, bigotry and drug trafficking in a very vivid and convincing way. In addition, the characters are drawn with great credibility and conviction. It’s a fast-paced novel that will keep you engaged from the first page to the last.

The book description gives only a sneak preview: ‘Jed’s quiet life as caretaker of the San Francisco Columbarium is turned upside down when he comes upon a dead woman’s body and a crying baby just inside the gate. His search for answers thrusts him into a world of corruption, bigotry and drug trafficking and he becomes one of the principal suspects…’

I enjoyed the story, character development, and dialogue. There were plenty of plot twists that I didn’t see coming and that added to the book’s mystique. When I stopped reading to work, I found myself wondering what happened in the book, and replaying parts of the novel in my head to see if I could figure more out. It has been a while since I enjoyed a book this much. It’s a first-class whodunit with perfect pacing. Not much is as it appears here, which is just the way fans of mystery, thriller and suspense will want it.

Murder at the Columbarium had every element a good story should have. An intriguing plot, attention to detail, but best of all fleshed out, well-written and well-rounded character development. There’s an abundance of well-illustrated scenes that make you feel like you are right there in the story, and that’s something I really look for in a good book. It’s one of those stories that come along once in a while that makes you want to read it non-stop until you get to the end. I’m giving nothing further away here. And this, I hope, will only add to the mystery and enjoyment for the reader!

I’ll be looking forward to reading more from Emily Gallo in the future. I would definitely recommend this book. A well-deserved five stars from me.

WendyW
5つ星のうち4.0 A well-crafted murder mystery that lays a trail of breadcrumbs.
2019年5月7日にアメリカ合衆国でレビュー済み
Amazonで購入
Emily Gallo is a master at laying well-placed breadcrumbs to keep the plot twisting, the suspect list growing and the “who done it” moment a surprise until the very end. Murder at the Columbarium opens with Jed, caretaker at the Columbarium in San Francisco, finding an infant girl in the bushes beside her dead mother. Wanting to adopt the baby, Jed becomes consumed with finding the killer and learning the identity of little Aja.

But this story is much more than a simple one-dimensional mystery. The characters — ageing Jed and his wife Monica, their old friends Malcolm and Savali who need to re-home elderly residents when a retirement home gets shut down, and new friends like singer-weed grower Dutch and Juniper, the woman who runs his ranch — have flourishing lives of their own that flow along multiple storylines adding depth and connecting with readers on an emotional level. This novel will leave fans waiting for the next book in the series to revisit their favorite cast of characters.

The blending of the LGBTQ lifestyle, racism issues, drug cultures (both illegal and medical), death, and homage to death is natural and doesn’t feel forced or obvious. Hats off to Gallo for her masterful blending of multiple cultures in a modern city setting.

For readers who have not read the first book in the series, like me, the characters from the earlier book could have been introduced more naturally. Although characters like Finn and Nick were mentioned a couple of times, we never met them and I am unsure about their role in this novel. Also, the point of view does head hop, not enough to make the story hard to follow, but it was noticeable.

At times, Gallo tries too hard to bring the reader into the scene. Actions become mundane and conversation too literal, making the text read more like a screenplay rather than a novel.

Overall, the scenes I enjoyed most depicted Jed’s investigation and internal musings, and I’m hoping to see more of him in Gallo’s next novel, The Last Resort.
続きを読む
役に立った
フィードバックを送信中...
フィードバックをお寄せいただきありがとうございます。
申し訳ありませんが、お客様の投票の記録に失敗しました。もう一度試してください。
違反を報告
レビュー を日本語に翻訳する

Lena A.
5つ星のうち5.0 "Murder At The Columbarium" is another winner for Emily Gallo!
2018年11月9日にアメリカ合衆国でレビュー済み
Amazonで購入
Jed is one of Emily Gallo’s most endearing characters. He is caretaker of the San Francisco Columbarium where families rent “apartment” niches to house their loved one’s remains and favorite memorabilia. Jed is a gentle man with a complicated background who finds himself embroiled with a murder investigation when a woman wearing a hijab is found dead in front of the columbarium with a very alive baby at her side. The book takes us on a series of journeys from the bay area up to Humboldt County in pursuit of solving the murder. Jed and his wife Monica are lovingly caring for the dead woman’s baby and Aja accompanies them on their escapades with the FBI close on their tail. One of Emily Gallo’s signature writing styles is to bring together characters from her past novels and introduce new, quirky individuals who spice up the story with fun, warmth and adventure. This book will not disappoint and the surprise ending will leave you smiling.
続きを読む
1人のお客様がこれが役に立ったと考えています
役に立った
フィードバックを送信中...
フィードバックをお寄せいただきありがとうございます。
申し訳ありませんが、お客様の投票の記録に失敗しました。もう一度試してください。
違反を報告
レビュー を日本語に翻訳する

Nancy M. Heinzel
5つ星のうち5.0 Compassion
2018年10月24日にアメリカ合衆国でレビュー済み
Amazonで購入
Forget the great writing. Ignore the intricate plot. At its very heart, Ms. Gallo's latest work is all about embracing the world around you with love and empathy. Her characters are the forgotten ones, those barely scraping by in a society obsessed with wealth and celebrity. But these same people, relegated to the margins, not only survive, they thrive, thanks to their compassion and generosity of spirit. If you want a good read that'll leave you uplifted, I highly recommend this book.
続きを読む
2人のお客様がこれが役に立ったと考えています
役に立った
フィードバックを送信中...
フィードバックをお寄せいただきありがとうございます。
申し訳ありませんが、お客様の投票の記録に失敗しました。もう一度試してください。
違反を報告
レビュー を日本語に翻訳する

doran
5つ星のうち3.0 Love that its takes place in San Francisco!
2018年12月3日にアメリカ合衆国でレビュー済み
Amazonで購入
A great read. The story takes place in San Francisco with walks through Golden Gate Park and food from Cafe Gratitude. Felt like Jed (main character) and I walked the streets of SF together and that was an adventure. Jed is an endearing character that I've loved since his hard times in Venice Beach (Gallo's first novel). Jed is a humble man filled with kindness, caring and compassion. He cares for an orphaned child, saves the life of a young skinhead, and sings to dead people every morning at the columbarium. This book has humor, insight, and a way of weaving current events into a whodunnit book that keeps you turning the page. I enjoyed the new character, Dutch, a musician who runs a cannabis farm! Fun read as Jed and friends weave a story of lives and adventures of not so ordinary people. But the question remains Who did it?
続きを読む
役に立った
フィードバックを送信中...
フィードバックをお寄せいただきありがとうございます。
申し訳ありませんが、お客様の投票の記録に失敗しました。もう一度試してください。
違反を報告
レビュー を日本語に翻訳する
その他の国際レビューを読み込む

leah jin
5つ星のうち5.0 Very enjoyable read!
2018年10月22日にアメリカ合衆国でレビュー済み
Amazonで購入
Murder at the Columbarium is perfect for someone looking for a story that isn't your average murder mystery. It has many layers and the characters are people you really want to root for and get to know. I love all of Emily Gallo's books and this is no exception!
続きを読む
1人のお客様がこれが役に立ったと考えています
役に立った
フィードバックを送信中...
フィードバックをお寄せいただきありがとうございます。
申し訳ありませんが、お客様の投票の記録に失敗しました。もう一度試してください。
違反を報告
レビュー を日本語に翻訳する

d calloway
5つ星のうち5.0 Captivating
2019年1月20日にアメリカ合衆国でレビュー済み
Amazonで購入
Once I started I couldn't put it down. It was well paced and didn't have a boring moment. The characters were so true to life and immediately endearing that I want to go to San Francisco to sit and have a cup of coffee with them. The new plot twists at every turn kept me turning pages wanting more. I can't wait to read more from this talented author.
続きを読む
役に立った
フィードバックを送信中...
フィードバックをお寄せいただきありがとうございます。
申し訳ありませんが、お客様の投票の記録に失敗しました。もう一度試してください。
違反を報告
レビュー を日本語に翻訳する