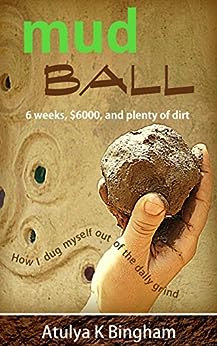 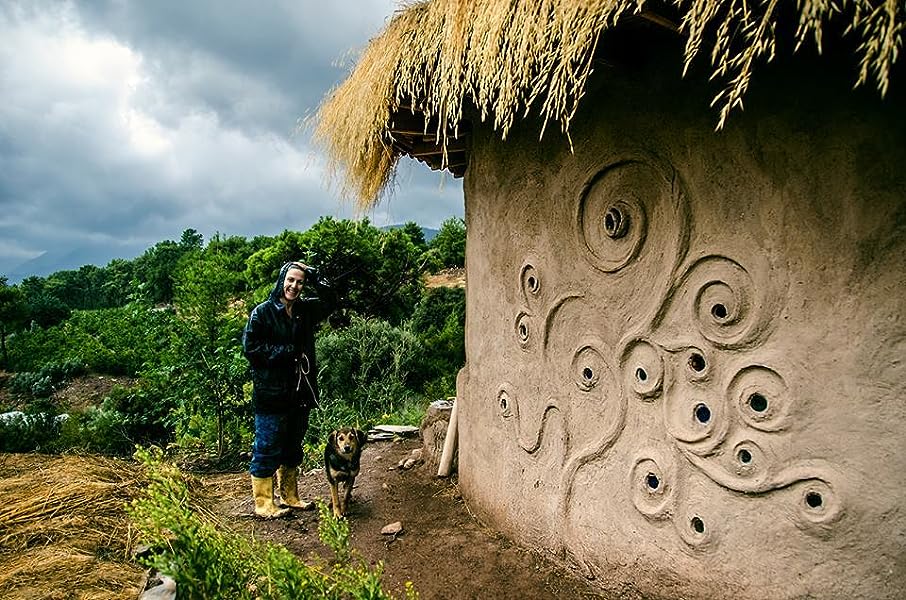 Mud Ball: How I dug myself out of the daily grind. (English Edition) Kindle版

英語版 Atulya K. Bingham (著) 形式: Kindle版
すべての形式と版を表示
Sorry, there was a problem loading this page. Try again.
"If you've ever fantasised about going off-grid, this book is a must read!" The Fethiye Times.

I couldn’t teach another lesson. Nor could I tolerate another day with a boss, a punch card and the indigestion I suffered from bolting my muesli. This was why I’d spent the past five months camping in a remote Turkish field. I’d been happy despite the lack of power or running water. Then the first winter storm crashed through the valley, turning my tent into a canvas pole dancer. It dawned on me I might need a house. There were only two problems: I had just $6000 left in my account, and 6 weeks before winter.

Philippa Rees
5つ星のうち5.0 'You'll never be able to do this'
2015年6月10日に英国でレビュー済み
Amazonで購入
This is a work of gentle and progressive revelation and great entertainment.

The books that compel me to review have one thing in common (however various their natures) and that is what might be called a developing philosophy, a deeper universality than the surface of their story. A meal on a plate that conceals real protein for the soul.

Ostensibly ‘Mud’ is about the building of an unorthodox mud- bag rotunda on a hillside in Turkey which begins with the story of its necessity, and ends with its compelling attraction. It becomes a kind of inner grail, that started with a ‘point of exchange’ and became perfect in its imperfections, autonomous, integrated, and a shard of the whole truth that the Earth’s prodigality rewards those who trust it. Gaia wears many storm clouds and breathtaking robes of dawn, but she merely asks for trust, and finds a micro-climate to protect this building-believer, whose basil plants survive and whose bagged up house sheds water when all below are frozen and limp.

Underneath the narrative of trauma, privation, shivering cold and the whip-lashing storms, or the threat of frozen disintegration in a freak winter, is a spiritual journey, without proselytisation, or sanctimony. The dark nights of doubt are equally the strengthening of robust bloody-mindedness, as the odds on success lengthen, the determination to persist increases. Once embarked there is no turning back. That applied equally to this reader who could not put the book down, and read without pause. I was once a reclamation builder devoid of skills except the call of belief. My challenges were scavenging in rich skips not making from scratch, literally.

So much for virtue of intent. The details are the rich ingredients. The experimental techniques are cogently shared, the rich group of characters become easy familiars, Dudu with her disparaging scepticism, Celal the converted and energetic believer who works like a navvy and swears like a trooper about a swampahogshit, and a ringacrap followed by his dog Apo whose urine christenings are daily blessings Then come Celal’s son, Ahmet ( the Trojan) and daughter-in-law Esra (the Keira Knightly of Yaprakli village) and then joined by the punctilious finicky rationalist Adnan with a touching belief in the power of a plumb-line and a spirit level and his girlfriend Annika wise enough to find her thesis elsewhere a more urgent calling!

There are wonderful scenes of incredulity such as occurs in the hardware store when every casual shopper gets drawn in to the discussion of the insanity of building not only something round, with material all designed for something square, but without CONCRETE for God’s sake. But it is all for God’s sake. That is really the point of the book.

None of the above pays tribute to this most original writer. Her imagery makes the tempestuous natural world an almost human companion, certainly as changeable, less apologetic. ‘The pines stopped rustling and the olives held their knotted tongues…’ ‘Soon the dog of darkness licked up the last drops of daylight from the plate of the sky.’ One could quote line after line but none are ever over-worked. ‘The sky was as black as Pluto’s subconscious’. Natural and marvellous.

So now you have to read it and listen to them all, don’t you?

Amazon Customer
5つ星のうち5.0 One of the most encouraging books to read if you are thinking about self-building!
2015年11月25日に英国でレビュー済み
Amazonで購入
If you've ever thought about self-building and wondered if it would be possible for you, then read this book! An honest and uplifting read that made me think that maybe I could build a home with my own two hands! It's inspiring and interesting, filled with great advice and encouragement that you CAN do it. I'm going to self-build next year! Thank you Atulya :)
続きを読む
2人のお客様がこれが役に立ったと考えています
違反を報告する
レビュー を日本語に翻訳する
すべてのレビューを参照します
トップへ戻る
Amazonについて
Amazonでビジネス
Amazonでのお支払い
ヘルプ＆ガイド
日本語ショッピングのための言語を選択します。 日本ショッピングのための国/地域を選択します。
© 1996-2021, Amazon.com, Inc. or its affiliates