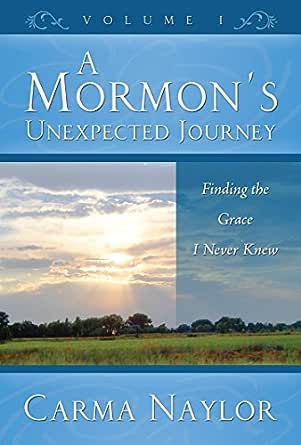 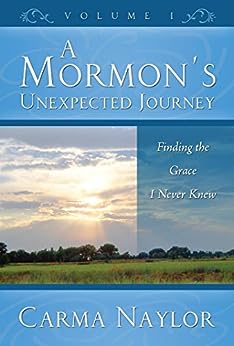 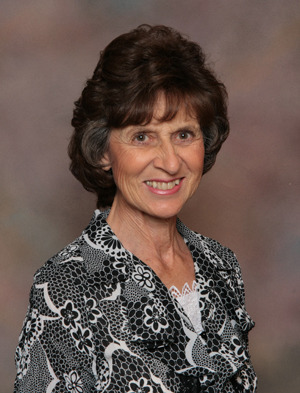 Descendant of Mormon pioneers, Mormonism was more than a religion to Carma Naylor; it was her lifestyle, culture, and heritage. She was fully convinced it was the only true Church of Jesus Christ on earth. She fulfilled a full-time LDS mission to New Zealand, met her husband at Brigham Young University, was married in the Salt Lake Temple, and regularly attended the LDS temple ceremony for 19 years. She has eight children, thirty-two grandchildren, and two great-grandchildren. She is now a born-again Christian desiring to help the LDS people whom she loves find a saving relationship with Jesus. --このテキストは、kindle_edition版に関連付けられています。

Cynthia
5つ星のうち5.0 Every person needs to read this--Not just a book about Mormons. Instead makes you ask, what is the truth about God?
2018年1月9日にアメリカ合衆国でレビュー済み
Amazonで購入
A must read. I wasn't sure what to expect but I simply couldn't put this down and that is rare for me. I read a lot but this was engrossing. It's not just a book about Mormons. Instead, it's a book that addresses the fundamental questions every human should ask themselves. What is the truth about God? Could I be believing the wrong thing(s) about God? Was what I was taught by my parents and or others close to me the truth?
I think way too many people blindly believe and accept what their parents or society around them says without bothering to investigate the matter for themselves. What is more important than discovering for yourself personally A) if God exists B) If there is an afterlife, where am I going to end up? C) What does God expect of me? Believing in the God (and Jesus) of the Bible is not a completely blind exercise devoid of logic and evidence. God reveals his truth through the scriptures but there is also archaeological and historical evidence to back up what is written there. Carma has a desire to do God's will and in her quest for truth, begins to logically question how she was taught from childhood. When she examines the Book of Mormon compared to the Bible she finds major contradictions that can't be explained away. Even more importantly, she discovers that Joseph Smith was flat out wrong about the Native Americans being of Jewish ethnicity. Modern DNA tests prove that. To me, that should make any Mormon begin to question the validity of their religion. If Joseph Smith was told of God what he wrote, how did that huge mistake happen? Also, there is no archaeological or historical evidence to back up the peoples he mentions in the Book of Mormon. That is another huge glaring red flag. In the past, people were able to take Joseph Smith's word for these things but now, we have conclusive evidence he was wrong with DNA testing. Anyone that is an LDS Church member should read both these books. I'm not sure how anyone could confront the evidence and still think this religion is correct. However, it's not just Mormons that have latched onto completely wrong beliefs about God. There are many other sects and religions that do so as well. I think this book is valuable to anyone to read because it asks the reader to start their own personal journey to find out the truth. I think anyone who prays "God show me personally who you are and what I need to do to be in your will" with a sincere heart and then reads the New Testament without preconceived notions will be on the path to conviction-----then will gain saving faith and be born again.
Faith is required to please God, but it is not a completely blind faith devoid of reasoning.
The LDS Church asked the author to have no doubts at all and check her reasoning at the door when she found out things that weren't true.
The God of the Bible and Jesus has left us actual historical documents and archaeological finds. Prophesies in Isaiah (written long before Jesus) came true. Many other Old Testament prophecies also came true---for example Israel being taken into captivity. These weren't vague prophecies. Again, faith is required to be saved, but it is not a faith completely without evidence or logic--which is what the LDS church was trying to ask the author to do.
I think anyone reading the New Testament completely with an open mind will begin to see its truths. Even atheists like Lee Strobel were completely changed by reading the Bible. Paul originally persecuted the Christians but then gave his life for Jesus. Examples like that should raise any thinking person's curiosity about what the Bible truly says (and just as importantly--what it does NOT say).

Theo Stewart
5つ星のうち5.0 Great book!
2019年9月18日にアメリカ合衆国でレビュー済み
Amazonで購入
This book is authentic. The author did not write it to bash Mormons. They are the people she was raised with. She loves them. This book is written truthfully in a way to describe her experiences and how she came to understand the deceptions taught in the Mormon church and how it is leading many people, sincere and good people, to hell.
Volume 2 is chalk full of information and facts.
A definite read for anyone searching for the Truth, no matter what it is.
続きを読む
1人のお客様がこれが役に立ったと考えています
違反を報告
レビュー を日本語に翻訳する

M. McCoy
5つ星のうち5.0 I couldn't put it down.
2015年10月27日にアメリカ合衆国でレビュー済み
Amazonで購入
Great read. I see the strong deception in Mormonism. It's so sad. Thank you for sharing your heart wrenching story. I know it was difficult for you. Jesus said this is eternal life that we know the Father and His Son. If all of us would just seek Him for truth instead of false teachers and prophets. He loves to reveal truth to us. Thank you for sharing your story. I hope others will read it and come into the truth.
続きを読む
3人のお客様がこれが役に立ったと考えています
違反を報告
レビュー を日本語に翻訳する

Michael Maloney
5つ星のうち5.0 Awesome and amazing personal story!
2015年2月11日にアメリカ合衆国でレビュー済み
Amazonで購入
Author Carma Naylor does a superb job of relating her experience in finding true grace and bears her soul in the process. This is an excellent book for any unfulfilled LDS member or investigator. Great for non LDS family members wanting to know more about the religion of Mormonism.
Too much of her story to tell in one volume, and volume two
only gets better as it goes on. Well done sister Carma!
続きを読む
2人のお客様がこれが役に立ったと考えています
違反を報告
レビュー を日本語に翻訳する

L C
5つ星のうち5.0 Highly Recommended and Well-Documented Book
2013年11月14日にアメリカ合衆国でレビュー済み
Amazonで購入
I highly recommend reading both volumes of Carma Naylor's own story of her life as a Mormon and her search for grace. She carefully documents her LDS faith and what was and is taught by the LDS church. Then Carma explains how she discovers discrepancies within the LDS teaching, and how she cross-references the LDS teachings with the teachings of the Bible itself. Her search brings her to a place of faith in the Bible teachings only. Grace was there, and she shares her walk into Biblical grace and forgiveness from a loving God.
続きを読む
4人のお客様がこれが役に立ったと考えています
違反を報告
レビュー を日本語に翻訳する
すべてのレビューを参照します
click to open popover
Amazonプライム会員ならお急ぎ便、日時指定便が使い放題
さらに、映画もTV番組も見放題。200万曲が聴き放題 。クラウドに好きなだけ写真も保存可能。
> プライムを無料で試す