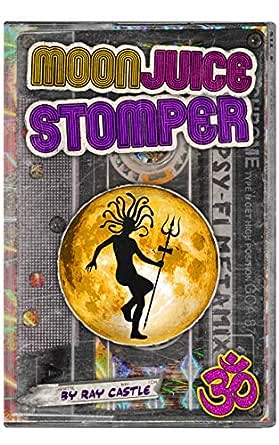 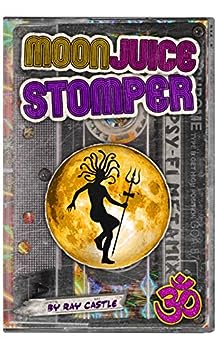 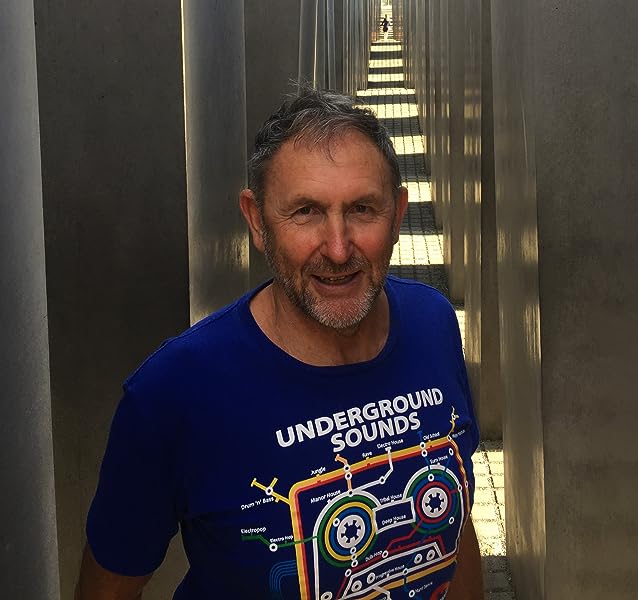 jane
5つ星のうち5.0 Awesome novel about the Goa Parties
2019年4月14日に英国でレビュー済み
Amazonで購入
Fantastic read for all who used to party in Goa and those who never did great book on history of the legendary party scene!
続きを読む
違反を報告
レビュー を日本語に翻訳する

Don Martin
5つ星のうち5.0 An exellent written novel about a very magic time in a forgotten Paradise
2019年9月5日に英国でレビュー済み
Amazonで購入
This novel is written very paintful in a descriptive way without getting boring and for the luckie ones who were there at the time there will be many deja-vu moments.
続きを読む
違反を報告
レビュー を日本語に翻訳する

Metaray
5つ星のうち5.0 History of Goa sub culture and electronic dance music.
2019年8月8日にドイツでレビュー済み
Amazonで購入
Thrilling page turner. Mind blowing scenes and wild characters in a historical counter culture setting. Exceptional writing style and language and voices. Amazing references to the music of that time which can be listened to on youtube. Highly recommend, not just about rave culture, but complexity of looking for 'love' and confronting the shadow of 'escapism' and addiction.
続きを読む

5つ星のうち5.0 History of Goa sub culture and electronic dance music.
2019年8月8日にドイツでレビュー済み
Thrilling page turner. Mind blowing scenes and wild characters in a historical counter culture setting. Exceptional writing style and language and voices. Amazing references to the music of that time which can be listened to on youtube. Highly recommend, not just about rave culture, but complexity of looking for 'love' and confronting the shadow of 'escapism' and addiction.
このレビューの画像

Tim Hilton
5つ星のうち5.0 Insiders view into the beginnings of the Goa Trance scene In India
2020年8月18日にアメリカ合衆国でレビュー済み
Amazonで購入
Although this is a "Work of Fiction", there was enough truth imbedded in the story to keep this Old Goa Trance freak glued to the unfolding story. I did not arrive in Anjuna Beach until the 1993 season as a guest of DJ Atma and so it was very cool to hear about what was going on there pre 1993. It takes awhile for the author to find his way, but about a third of the way in, the story takes off and the character development becomes more cohesive. Half way through I was hooked and by the time I reached the last third, I couldn't put it down. Sprinkled throughout the book are little breadcrumbs of music titles and artists which gave me an opportunity to look up some of the music that was being played pre 1993. This was an added bonus which I enjoyed immensely. Goa Trance was not a genre pre 1992 so it was cool to see what the Dj's were pulling together in their proto-Goa sets in the late 80's and early 90's. It was a mixed bag really. Some really great tracks mixed in with some fairly mediocre tracks. But that was how it went down. As Ray said, you play what you could find or splice together that was unique, original and trippy [if possible]. [Did Ray mention the track Roof is on Fire by The Orb? 1989 proto Goa release.] Add LSD and extacy and the music sounded a whole lot better than it actually was. That would change as the Goa Trance scene fully actualized and the music broke out into a true genre called Goa Trance. Really, Anjuna Beach was all about the experience and Ray Castle does a great job of painting a picture of what it was like in Anjuna Beach at that time.........especially how he chronicles how difficult it was to actually get a party off the ground regarding all the people you had to pay off on the way to a party actually "Going Off". I also enjoyed the back stories into the various movers in the scene and the inevitable ego clashes between producers and DI's that I saw first hand when I was there. It wasn't all Love and unity there in Anjuna Beach. Far from it. That's why I bailed on the scene, The inflated ego's there in Anjuna Beach were completely unacceptable to me and Ray Castle does a great job of revealing that disruptive element in the scene. Dj's unwilling to share time slots....taking whole parties to themselves.. Dj's wanting a party to center attention on themselves. The complete antithesis of what a Goa party is all about. True Goa parties were not about the DJ as Ray shares in the book. Look how far we have fallen with Dj's commanding outer attention and destroying the inner attention it takes to have a true transformative experience on the dance floor.

I highly recommend this book and thank Ray Castle for this gift from the Anjuna Beach time capsule. Also.....thanks to Ray Castle and Ollie Wisdom for producing and doing DJ duties during the peak experience of my lifetime on the dance floor at a party in Anjuna Beach in December of 1993. My life was changed forever after Rays morning set.

Paul H Chambers
5つ星のうち5.0 Brilliant re-creation of the Goan party paradise of the late-eighties/early nineties.
2019年2月3日にアメリカ合衆国でレビュー済み
Amazonで購入
Moon Juice Stomper transports the reader back to the genesis times of psy-trance and doof/festival culture. Set in the ex-Portuguese colony of Goa, situated on the Western shores of India by the Arabian Sea, a community of semi-permanent residents began putting on parties in the early 1980s playing radical electronic dance music. Held in a range of exotic locations, from beaches, jungle clearings, ruined fortresses and private properties, the events were held every few days in the winter months before the heat built up again and people headed elsewhere. Sites were decorated by painted banners and lit by black lights, the trees painted in garish day-glo colours. Party participants favoured brightly-coloured clothing, including stretchy lycra and spandex, perfect for all-night dancing under the stars. Those enjoying this paradisiacal milieu were fortified in their enjoyment by refreshments provided by local “chai mummas” and a cornucopia of soma substances, in particular charas, the psychoactive resin of the cannabis plant, and LSD.

As the book magnificently documents, this was all extremely good fun, so much so that it proved impossible to keep under the radar. From the time the novel’s central character, Jules Nightingale, arrives in the area in January 1987 to the book’s close in 1996, this laid back scene was transformed into a mecca for global ravers looking for the perfect party. It all got too much for local authorities who demanded more and more baksheesh to turn a blind eye. The eclectic sound of the original parties crystallised into stomping, kick-driven ‘trance’ music characterised by uplifting melodies and machine-gun bass lines, released on a burgeoning plethora of overseas labels. Colourful dance parties clearly influenced by those experienced in Goa began popping up around the world, attracting a similar cohort of hedonistic attendees. Meanwhile, back at the source, many of the scene’s original participants moved on, unable to live the carefree dolce vita of old.

The author adopts a writing style of fictional realism in order to describe this era, a good policy that acknowledges the difficulties and limitations of conducting interviews with those involved, several of whom would have passed away. It also side-steps associating individuals with potentially contentious issues of illicit drugs, corruption and participation in notorious cult activity. Instead, the book’s main characters are invented and fleshed out with archetypal attributes, all within a constructed psychodrama with all the depth of an ancient Greek epic poem. Such is the richness of ethnographic material, with a keen eye for the rituals and lifestyles of those described, that the reader is bought back vividly into this time and place.

The novel is separated into broad sections associated with particular party locations or key times of transition, while smaller chapters interweave various narrative strands. ‘Paradise Precipice’ kicks off with a full moon party in 1990 that introduces many of the primary characters and sets the stage for the growing tension between Goan authorities and party-goers. ‘Beatific Headland’ tracks back to the arrival of Jules in Goa and his quick discovery of the area’s fertile party culture. It isn’t long before he becomes immersed in the utopic lifestyle, and falls for Zsu Riviera, a fashion designer he encountered in Bali who first told him about the scene. In ‘The Spice Must Flow’, the author reveals the back stage to the “full tilt” party shenanigans, in the form of drug smuggling, deejay politics, and the placation of police with bribes. ‘Serpent in the Seed’ describes how Zsu has to extricate herself from a troubled relationship that reveals the shadow sides of her own character, and introduces the “cock cult” of the O.O.O.

‘Disco Valley Party’ is a longish section, where the author’s signature creative wordplay is given full rein. Castle’s baroque descriptions of the dance floor experience, from the perspective of both the dancer and deejay, are unparalleled. A playful use of language, drenched in alliterative exuberance, contextual nuance and in-the-know lingo, unfolds in a non-stop flow of discursive novelty. Jules then returns to Australia and his old social world of punk aficionados. But Jules has changed and turns Zane, his old bandmate, onto the new dance music and together they compose a future Goa classic. ‘In Ya Face’ features Zane’s arrival in Bombay, vibrantly portraying the initial culture shock and then connection to the hippy trail leading to Goa. ‘Spaghetti Beach’ introduces the subplot of Naresh, an undercover reporter for the Goa Voice newspaper who becomes compromised by the pleasures of the party and his relationship with Sheila, a UK Indian and enthusiastic scene insider.

‘Banyan Tree Party’ is the climactic crescendo of the book, a three day party powered by “perestroika punch”, courtesy of “blotta baba” Shazam. In the global zeitgeist of the Second Summer of Love, on the eve of the Berlin Wall coming down in Europe, egos are shredded on the carnivalesque dancefloor of Goa to a soundtrack of freshly-squeezed sonic juice from the studios of simpatico producers. As in the book as a whole, track titles of music getting played are peppered throughout the text, allowing the reader with access to YouTube the ability to listen along to contemporary music of the time. “Mental masonry” crumbles and is then re-established in the afterglow, as relationships between the key protagonists are resolved.

Moon Juice Stomper is an incomparable insight into a party wonderland that became a victim of its own reputation. Told from the centre of the action, the narrative moves along at a cracking pace and is hard to put down. It also doesn’t shy away from the nightmare behind the nirvana; the sexual assaults, psych-outs, busts and gang violence. Even the book’s occasional language that fits uneasily in today’s climate of political correctness, does not attempt to airbrush out the reality of the era. For a scene in many ways so hip and right on, it could also be patriarchal and self-absorbed. Flawed it may have been but a paradise nonetheless, Ray Castle chronicles this hugely influential moment in all its euphoric transcendent glory.