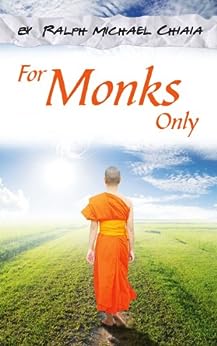 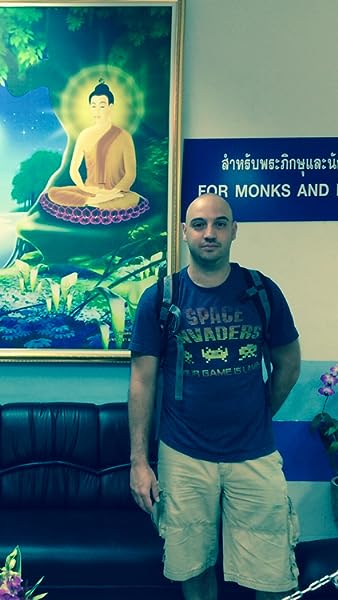 For Monks Only: Your Journey from Brooklyn, NY to Manila, Bangkok, Seoul, and Kuala Lumpur (English Edition) Kindle版

You travel to Southeast Asia in search of your long-distance relationship that is holding on by a string. Your girlfriend, Liana Kim, is having bouts of smuttiness. Liana is just that, a liana. You cannot survive well with her yet you are hopelessly addicted to romance and think flying from Brooklyn to Kuala Lumpur to get her back is a good idea. Before you arrive in Kuala Lumpur, you stop in Manila, Bangkok, Kanchanaburi, and other stunning places that change your plans to win her back. This book is your mental and spiritual journey. You will learn a lot about the Philippines, Thailand, Malaysia, and Korea while also learning some secret things that should have been reserved for monks only.

If you're interested in Southeast Asia Travel but don't want to leave your couch then this is the book you should pick up. It's part Literary Fiction and part Southeast Asia Travel Guide rolled into one story that follows two characters tormented by their love for each other and their quest for spiritual awaking.

Words: 6,330. "For Monks Only" is in the uncharted banana republic between the well-traveled countries of Short Story and Novella.

"If you’ve ever dreamed of taking a stroll along the pristine, white sandy beaches of Malapascua Island in the Philippines, exploring the crystal clear emerald waters of Phi Phi Island in Thailand, or getting a taste of the bustling floating markets of Bangkok, you no longer have to make flight reservations."
Chris H. (taken from review below)

"The blisteringly raw dialogue of this deep, messy love story still hangs in my mind long after I've set the Kindle aside."
Jaycie D (taken from Amazon review below)

Ralph-Michael Chiaia has a cat with severe mental problems who won't eat unless someone pets her the entire time. Thus, he has taken spoiling to new levels. While not petting his cat Aura, he spends his time running a bar in Seoul where he plays a ton of pool and smokes two packs of Marlboro Reds a day (although he's trying to switch to eCigs -- the horror! the horror!), writing, and playing with his 3-year-old son. Ralph has a few other books out on Kindle and in paperpack. The Sacred Calendar (RiceSpitting Productions 2014), Glyphic (Coatlism Press 2014) which was a finalist in the Cervena Barva Awards and a finalist in the Elixir Press Awards, and Ten Poems about East Asia (Coatlism Press 2014). He is currently working on a memoir about bar life which will be sure to offend many people who have come to the bar. --このテキストは、paperback版に関連付けられています。

Grady Harp
5つ星のうち4.0 `Just I can't be possessed by a woman.'
2014年6月14日にアメリカ合衆国でレビュー済み
Amazonで購入
From the author's bio in the back of this entertaining book we learn that `Ralph-Michael Chiaia was born in New York City in 1975. He now lives in Seoul, Korea with his family. He wrote "For Monks Only" to piece together all the fragments that he had heard and/or told at various bars around the world. He has been a writer about as long as he can remember. He has one book of poetry out and two books are slated to come out this year. He owns and runs Randy's Bar in Seoul. You can find him at his bar on the pool table or in front of his computer.' But we also discover that before coming to South Korea he was a staff reporter in Oaxaca, Oaxaca for "The Grasshopper" -- English-language section of Noticias -- featuring travel articles roving and roaming Latin America.

Chiala's writing is so unique that to understand the flavor of what is in store, allow the introduction of his opening: 'One night when you lived in Brooklyn and she lived in Kuala Lumpur, Liana Kim picked up her phone and then hung up on you before you could say a word. Her cell phone had caller ID. It could identify, from Malaysia, your phone. You dialed again. This time there was no answer. You called again. Everything stupid and scared inside you--all the jealousy like a line of dirty, lipstick-smeared shot glasses on a bar needing to be washed and all the paranoia like a brick bludgeoning the eye--grew a mushroom plant, a year-old yogurt, your mind was mold on a forgotten potato deep in the recesses of a refrigerator, the one that you smell even after you close the fridgedoor, a horrible, ugly muck that clogged your veins and lay you face down in the covers of the bed: Where was she? Who was she with? What was she doing? Why do you care so much? She picked up. The moldy potato was found! Ready to be thrown into the trash--you absolutely yearned to hear her voice, to be soothed--but, no, the phone froze! Was that possible? It wouldn't dial or change screens or anything. No volume. No keypad response. No Liana. Nothing. etc'

What Chiala offers here is a raucous, at times steamy, at times dissociative ramblings of a love affair between the narrator and the elusive yet sexually charged Liana. It skips through terse descriptions of Manila, Bangkok, Thailand, and Korea pausing only long enough at each location to catch you breath, avert your eyes, spy on odd sexual encounters and then move on to another bizarre situation.

It would be interesting to see how Chiala handles a full-length book - much of what he displays here begs further explanation, but then that is not the point of the book. This is a kickback and chuckle little tome. Grady Harp, June 14
続きを読む
2人のお客様がこれが役に立ったと考えています
違反を報告する
レビュー を日本語に翻訳する

Sarah M.
5つ星のうち4.0 Unique perspective
2014年3月3日にアメリカ合衆国でレビュー済み
Amazonで購入
For Monks Only has an interesting mix of intense, stream-of-thought type emotional monologues and sophisticated literary devices. I liked that this was in 2nd person, giving the reader the chance to consider the story from their point of view. The snippets from other stories were mixed in just as your own life will have side stories and interactions along the way.

I do wish there was a little more detail about the relationship between the main characters because I don't get a sense of accuracy in the description. And if things really are that way, the reader needs some more evidence. In this telling the smuttiness seems to be projected onto the girlfriend by the man's own behaviors and doubts. And he is searching, but not in the way that is implied.

This story is definitely worth the read, and I think I would enjoy a full-length novel by this author even more.
続きを読む
2人のお客様がこれが役に立ったと考えています
違反を報告する
レビュー を日本語に翻訳する

Chris H.
5つ星のうち5.0 As REAL as it gets in Southeast Asia!
2014年5月23日にアメリカ合衆国でレビュー済み
Amazonで購入
“For Monks Only” is simply brilliant! Strap yourself in because you’ll be hooked on this wild ride from Page 1 – and trust me, you won’t want to put this book down, even if your bladder is about to explode or your favorite TV sitcom is about to start!

In this vividly detailed journey of love, lust, jealousy, and self-exploration, injected with a full dose of witty insights and authenticity, you’ll take in the sights and sounds of some of Southeast Asia’s most exotic destinations, while being kept on the edge of your seat wondering what’s going to happen to this uncertain long-distance relationship between a young, adventurous New Yorker and his Korean girlfriend.

If you’ve ever dreamed of taking a stroll along the pristine, white sandy beaches of Malapascua Island in the Philippines, exploring the crystal clear emerald waters of Phi Phi Island in Thailand, or getting a taste of the bustling floating markets of Bangkok, you no longer have to make flight reservations. This book will take you there!

Phoebe Brown
5つ星のうち5.0 Short and spicy
2014年3月17日にアメリカ合衆国でレビュー済み
Amazonで購入
When you get a book you come in with awesome expectations. I think this book went above my expectations. I really enjoyed this book. I think when writing a novella it can get crowded with unnecessary information but with this I was truly excited. It kept me interested and it still has me interested right now. If an author gives out all then it will overwhelm the reader but I think the author did a great job just allowing it all to flow without giving too much away. I appreciated the way the love story was written and how realistic the characters were.