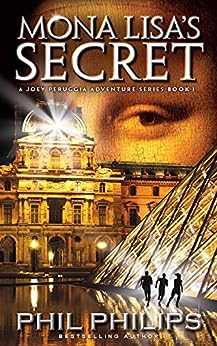 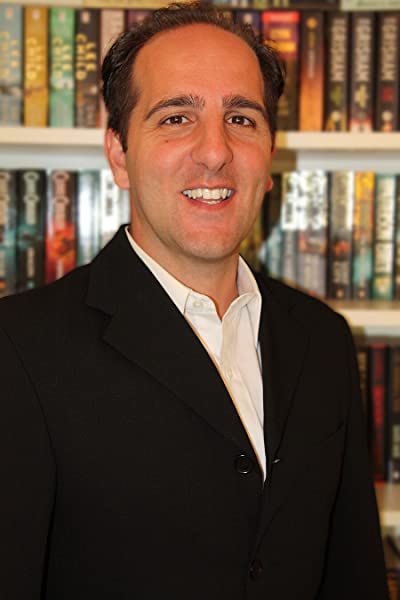 Joey is the great-grandson of Vincenzo Peruggia, the man who stole the original Mona Lisa in 1911. Along with his girlfriend, Marie, an art connoisseur, he stumbles across his father's secret room, and finds himself staring at what he thinks is a replica of da Vinci's most famous masterpiece.

BUT IT IS NO FAKE

The Louvre has kept this secret for over one hundred years, waiting for the original to come to light, and now they want it back at any cost.

With Marie held hostage and the Louvre curator and his men hot on his trail, Joey is left to run for his life in an unfamiliar city, with the priceless Mona Lisa his only bargaining chip. While formulating a plan to get Marie back with the help from an unexpected quarter, Joey discovers hidden secrets within the painting, secrets which, if made public, could change the world forever.

In this elaborately plotted, fast-paced, historical thriller, Phil Philips takes you on a roller-coaster ride through the streets of Paris and to the Jura mountains of Switzerland, to uncover a secret hidden for thousands of years.

Scroll up and grab a copy today. 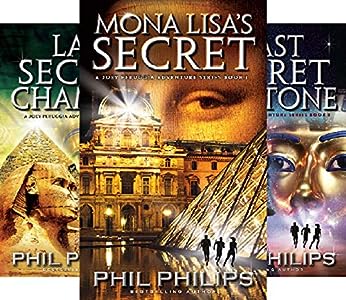 "Mona Lisa's Secret" is a "Raiders of the Lost Ark" kind of a read, highly entertaining, and offering a mini-course in art history along the way.' Glynn Young Lovers of History, Read this book! 'To anyone who is a history buff, an art lover, an adventure junkie, and/or obsessed with history's mysteries. Five stars, all the way!' Mina 'I can never get enough of historical mysteries that involve conspiracies, lost artifacts, ancient secrets and plenty of suspense and action. "Mona Lisa's Secret" by Phil Philips provides all this and more. I was thrilled to discover a new author that I will now put on my list of favorites. If you enjoy this genre, you will not be disappointed in this stellar offering.' DTChantel 'A swift, entertaining, action-packed thriller.' Mary-Pat Cormier Highly Entertaining!! 'This was my first Phil Philips book but it most definitely will not be my last. Mona Lisa's Secret is one of the best written books I have ever read which made it impossible to put down. 5 STARS.

Phil Philips is driven and passionate, known by friends and family as a renaissance man, into anything and everything. Phil comes from a vast digital media background with over seventeen years working in the advertising industry. Phil thrives to create pieces of artwork, whether it's designing a magazine layout, building websites, editing a video composition, painting in oils, or writing page turning thriller novels. Phil's writing style has been linked to James Patterson and Matthew Reilly. Phil lives in Sydney, Australia with his wife and two kids and is the author to Fortune in Blood and Mona Lisa's Secret. --このテキストは、paperback版に関連付けられています。

R. Georgiou
5つ星のうち5.0 Just couldn't put it down for 2 days
2016年10月31日に英国でレビュー済み
Amazonで購入
This book thrilled me from start to finish. It is not often it gets hard for me to put a book down, but this book did it. As another user said, it is Raiders of the Lost Ark but with art, but let me ensure you, Joey is as much badass or more than Indiana Jones. And he doesn't sugar coat anything, he tells it like it is.

Son of a deceased criminal mastermind, named Alexander Peruggia, the grandson of Vincento Peruggia, the man that infamously stole the Mona Lisa back in the 1920s' and later returned it back. Or did he?

An adventure spanning many idyllic places full of natural history and secrets that leaves you breathless till the end.

This book simply doesn't stall, it cuts down to the chase immediately and doesn't stop thereafter. If you are a sucker for action-packed adventures with a historical mystery looming over the entirety of the book like me, you are going to love this.

Phil Philips's writing is so good for a first timer it is unreal. As an aspiring writer myself, he motivates me on pursuing my dream even more. He surely is to be considered amongst the likes of Matthew Reilly and James Patterson in no time.

Bring it on Philips!

5/5 Stars and it is not something I give very often!
続きを読む
3人のお客様がこれが役に立ったと考えています
違反を報告する
レビュー を日本語に翻訳する

Captain Mum
5つ星のうち5.0 Well worth a read.
2018年4月9日に英国でレビュー済み
Amazonで購入
Although this took a little time for me to warm to I really enjoyed this book and stayed up till the early hours to finish it. Well worth a read if you like 'conspiracy', action (sometimes a tad far fetched) and secrets handed down until they blow up in your face. There is a prequel - Fortune in Blood - Los Angeles Crime Heist that might be worth reading before Mona Lisa's Secret that could put some background to Joey - it is briefly touched upon in the opening chapters so that's my next read.
続きを読む
違反を報告する
レビュー を日本語に翻訳する

Jan
5つ星のうち2.0 Could not continue after a couple of chapters.
2017年11月28日に英国でレビュー済み
Amazonで購入
I did not enjoy this book. The storyline is not credible. The characters are naïve as if from a children's book. And poorly written.
続きを読む
2人のお客様がこれが役に立ったと考えています
違反を報告する
レビュー を日本語に翻訳する

Carl Wilson
5つ星のうち5.0 Brilliant Read!
2018年9月11日に英国でレビュー済み
Amazonで購入
Really enjoyed Mona Lisa's Secret. Bought it on the Friday and had finished it by the Monday night.
Fast paced and really grabs you and brings you into the story. The historical element is really interesting too.
Absolutely recommend this to anyone. It has adventure, suspense, some touches of humor, and characters who will entertain you. It is definitely a page turner and one you won't want to put down.
On to Phil's next one then........
続きを読む
違反を報告する
レビュー を日本語に翻訳する

Aikaterini
5つ星のうち5.0 A thrilling read from start to finish.
2016年9月26日に英国でレビュー済み
Amazonで購入
A real page turner!! A very thrilling read from start to finish, you literally cannot put this book down. Mona Lisa's secret is set in stunning locations which the author has beautifully described in vivid imagery, the villains die in the most poetic ways, and the heroes and heroines use wit over braun to overcome evil. A thoroughly enjoyable book. Hollywood is certain to turn this into a blockbuster.
続きを読む
1人のお客様がこれが役に立ったと考えています
違反を報告する
レビュー を日本語に翻訳する
すべてのレビューを参照します
問題を報告
この商品には、不適切な内容が含まれていますか?
報告
この商品は、著作権を侵害していると思いますか?
報告
この商品には、品質または書式設定の問題が含まれていますか?
報告