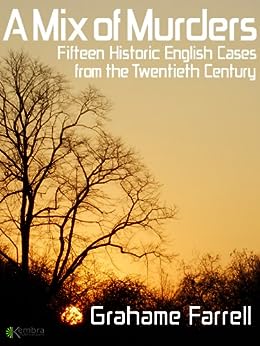 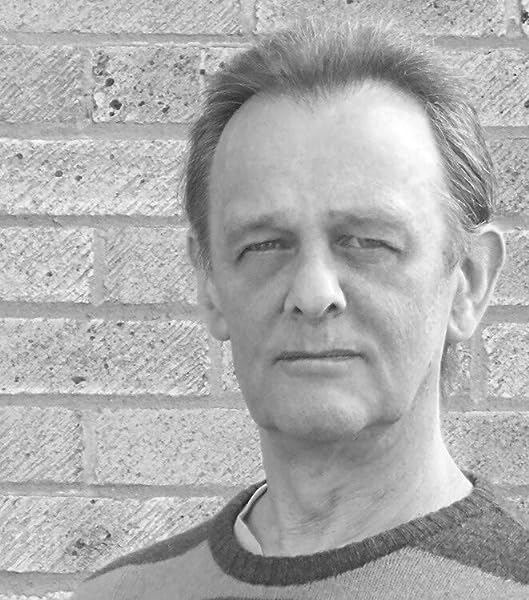 英語版 Grahame Farrell (著) 形式: Kindle版
すべての形式と版を表示
Sorry, there was a problem loading this page. Try again.
A Mix of Murders forms Grahame Farrell's exciting debut within the true-crime genre, and treats the reader to fifteen in-depth accounts of 20th Century murders. Researched meticulously, and possessing a clear, eloquent style, this book explores cases such as that of William Bisset, an older, well-to-do gentleman, who was given to exhibiting his wealth somewhat brashly. His murder appeared simply to be a fatal mugging, yet ever-growing factual contradictions threw the prime suspect's guilt into ever greater doubt, to the point of strengthening his defence.

In the intricate case of Paul Vickers, we learn of a driven and accomplished medic, with aspirations to high political-status, and a predilection for vulnerable women. Married unhappily to a once-promising but handicapped mathematician, the doctor took numerous lovers, meeting his demise in the form of the attractive and worldly Pamela Collison. She informed the police of complicity with Vickers, and thus we discover a near-perfect murder-weapon along with counsels’ imaginative and polarising arguments during Vickers’s trial. Was Vickers the ‘new Dr. Crippen’, as Collison asserted? Farrell delivers the uneasy sense that facts and outcome were never wholly matched; read it and form your own view.

In notable contrast, we find that Michael Queripel’s conviction hinged on a single and rather unusual piece of evidence, and that his murder trial was one of the very shortest in legal history – just how short is surprising – and it is through such accounts that the broad spectrum this book presents becomes apparent. Scrutinising hitherto unexplored cases, Farrell gives accounts of murder driven by poverty, disaffection, social pressures and vaunting ambition. Comparing and contrasting those all-too-human forces that motivate people to kill, this volume forms a fine addition to the library of any fan of true crime.

A Mix of Murders is an e-book released for Kindle [in May 2012] that features British murder cases from the twentieth century, from the early years of the century to the 1980s.

Author and librarian Grahame Farrell covers a really interesting mix (as the title suggests) of 15 crimes. The latest crime in the book is a chapter on Kenneth Erskine, known as “The Stockwell Strangler” who murdered elderly people in South London in the 1980s. This is a particularly disturbing chapter as Erskine was simply so brutal and dangerous. His victims so vulnerable.

Another intriguing case is the 1955 murder of Elizabeth Currell in the quaint and respectable commuter village of Potter’s Bar, South Hertfordshire. Mrs Currell was on her regular evening stroll on the local golf course when she was brutally attacked and murdered.

I enjoyed this book because the murder cases are ones that are lesser known and have a touch of “Midsomer Murder” to them. The book is Farrell’s true crime debut and it’s definitely worth a read.

...Fascinating studies of human behaviour. Each story is well written and detailed, and progresses logically through the crime, arrest, trial to the final outcome. It was a book I enjoyed reading.

The Departure of Winifred Mitchell
A Killing for Christmas
The Outlaw of Bulford Camp
The Clue of the Crumbs in the Suitcase
The Man who Slept in Cupboards
The Long Arm of the BBC
The Old Man and the Gypsy
Murder for Sale
Murder at the Seventeenth Hole
Suicide or Murder?
West Drayton 2101
Requiem for a Writer
Murder by Prescription
Testimony in Blood
The Quiet Killer
続きを読む
Previous page
Next page
販売： Amazon Services International, Inc.
【買取サービス】 Amazonアカウントを使用して簡単お申し込み。売りたいと思った時に、宅配買取もしくは出張買取を選択してご利用いただけます。 今すぐチェック。

Mrs Christine Allen
5つ星のうち5.0 Intriguing true crime
2020年4月1日に英国でレビュー済み
Amazonで購入
I enjoy true crime stories, particularly about centuries ago.
I would recommend it to all crime readers.
I look forward to the next book by this Author

I thought I heard a rustling
5つ星のうち4.0 A cross section of cases from different eras of the 20th century. Well-written, these are some of the lesser known, but nonetheless intriguing, murder cases
2020年10月10日に英国でレビュー済み
Amazonで購入
From the period. Sufficient information & asides to each case without any superfluous padding. It was a very enjoyable read & recommended.
続きを読む
1人のお客様がこれが役に立ったと考えています
違反を報告する
レビュー を日本語に翻訳する

Paul Hunt
5つ星のうち5.0 A GOOD READ FOR TRUE CRIME FANS
2020年8月4日に英国でレビュー済み
Amazonで購入
This book provides wide selection of lesser know true crime stories. The Author has the ability to supply the balance of detail and fact without making each chapter too short or lengthy. Highly recommended. I have just downloaded another book by the same Author. His style and presentation makes reading a pleasure.
続きを読む
1人のお客様がこれが役に立ったと考えています
違反を報告する
レビュー を日本語に翻訳する

John Bennett
5つ星のうち4.0 15 varied murders
2013年10月3日に英国でレビュー済み
Amazonで購入
This is a clear and detailed description of fifteen murders from the 20th century.

The various motives for these murders, and the consequent court cases for the defence and the prosecution, make some interesting and sometimes very disturbing reading.

Certainly worth more than a just dip into these sad events.
続きを読む
3人のお客様がこれが役に立ったと考えています
違反を報告する
レビュー を日本語に翻訳する

Amazon Customer
5つ星のうち5.0 Fab!
2013年10月6日に英国でレビュー済み
Amazonで購入
I'm an avid reader of true crime books and i thoroughly enjoyed this one. well written, and completely engaging, each chapter described cases which were less well known, which is a bonus for me as I have read so many books which are just rehashed studies of more famous killers. I also liked how the author provided a 'case formulation' at the end of each chapter discussing why the killer committed their crime. I couldn't put it down. would absolutely recommend.
続きを読む
3人のお客様がこれが役に立ったと考えています
違反を報告する
レビュー を日本語に翻訳する
すべてのレビューを参照します
トップへ戻る
Amazonについて
Amazonでビジネス
Amazonでのお支払い
ヘルプ＆ガイド
日本語ショッピングのための言語を選択します。 日本ショッピングのための国/地域を選択します。
© 1996-2021, Amazon.com, Inc. or its affiliates