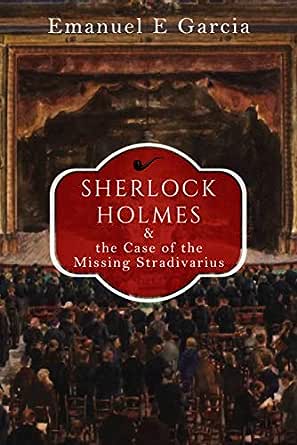 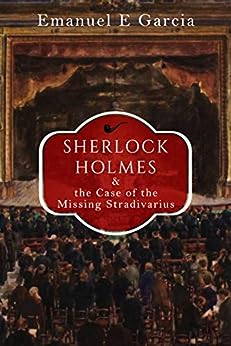 Robert S. Porter (porterr@philly.infi.net)
5つ星のうち4.0 The "case" for the Missing Stradivarius
2012年10月3日にアメリカ合衆国でレビュー済み
Amazonで購入
It's amazing enough that people continue to read Doyle's books about Sherlock Holmes well over a century after his debut, but some true aficionados are so clearly eager to consume more Holmes tales that they are compelled to create their own. Emmanuel Garcia is one such individual, who took his love for Holmes and his obvious affection and deep knowledge of music and wrote a well-plotted tale about a traveling violin virtuoso, Donato del Nero, whose talismanic Stradivarius, "The Medici" is stolen from his London hotel room just before an important concert. Of course Holmes must be engaged, as the London police cannot be trusted to keep the potential disaster a secret---much less solve the crime. Garcia homage to Doyle's prose style and characters is spot on and the intrigue engaging. I much enjoyed the bits of lore about violin making and 19th century music performance that were carefully (though perhaps more extensively than Doyle might have done) integrated into the story line. If you enjoy a good Holmes tale, you will be pleased with this book.
続きを読む
1人のお客様がこれが役に立ったと考えています
違反を報告
レビュー を日本語に翻訳する

David H.
5つ星のうち2.0 Do you want to know more about violins? (I did not)
2016年5月10日にアメリカ合衆国でレビュー済み
Amazonで購入
It has much too much on violins and not enough on the plot or life with S. Holmes. I was rather disappointed. The conclusion was somewhat expected. David Warren, Ph.D.
続きを読む
違反を報告
レビュー を日本語に翻訳する

silentminority
5つ星のうち3.0 erudite but elementary
2011年11月21日にアメリカ合衆国でレビュー済み
Amazonで購入
Don't buy this book if you want a mystery, because the solution is obvious from the beginning. But if you want historical fact and fiction about Stradivarius violins, plus that of some of their greatest players, including a glimpse of the demonic Paganini, please do read. I hope amazon kindleizes more by Emanuel Garcia.
続きを読む
1人のお客様がこれが役に立ったと考えています
違反を報告
レビュー を日本語に翻訳する

Edwin Lloyd
5つ星のうち5.0 Mission Stradivarius
2016年12月3日にアメリカ合衆国でレビュー済み
Amazonで購入
This is simply a great mystery. I love the way he Author has brought in The Modern Era. Great Job!!!!!
Great Job..