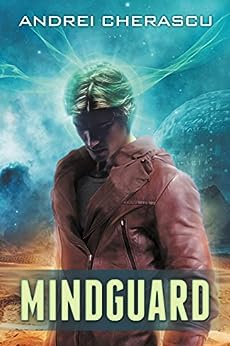 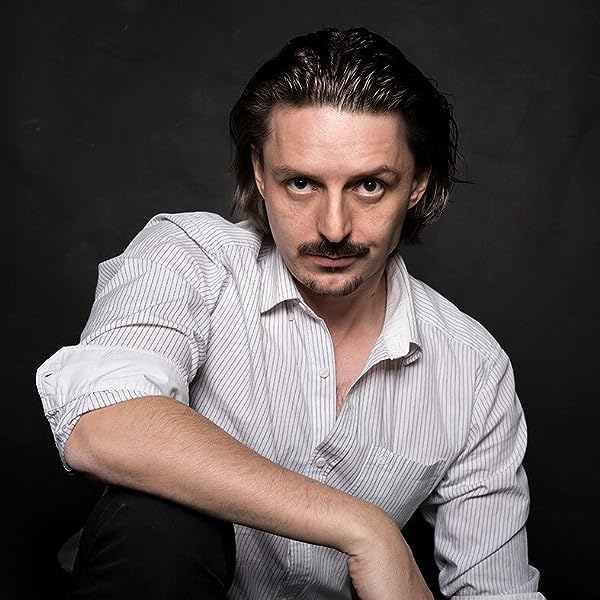 英語版 Andrei Cherascu (著) 形式: Kindle版
1 巻 (全 4 冊): The Mindguard Saga
すべての形式と版を表示
Sorry, there was a problem loading this page. Try again.
Called out of semi-retirement, the telepath and Mindguard Sheldon Ayers is tasked with protecting an information package located inside the mind of a young woman who claims the knowledge she holds is vital to the future of mankind. Sheldon and his team must help her cross the most dangerous territory in the man-inhabited universe: the Djago Desert.

Hunted by the Enforcement Unit, the all-powerful Military arm of the Interstellar Federation of Common Origin, Sheldon’s team must fight to keep the Carrier alive and guard the integrity of her mind. But nobody suspects that Sheldon also has a dark secret, and it could end up changing the fate of the mission.
続きを読む
Previous page
Next page
販売： Amazon Services International, Inc.
【買取サービス】 Amazonアカウントを使用して簡単お申し込み。売りたいと思った時に、宅配買取もしくは出張買取を選択してご利用いただけます。 今すぐチェック。
このシリーズの次の4巻 シリーズの詳細を見る
小計: ￥ 2,896
獲得ポイント: 29 pt (1%)
シリーズをまとめ買い (4巻) シリーズの詳細を見る 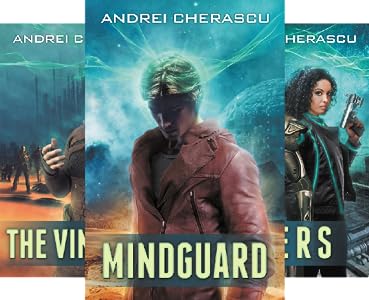 Andrei is the author of the science fiction series The Mind Malignancy. His debut novel, Mindguard, was chosen Book of the Year 2014 by scifi365.net. Its sequel, The Vintages, was nominated for Best Science Fiction at the 2016 eFestival of Words.

When he isn't working on his novels, he is busy running his jazz-themed website The Music and Myth, where he reviews records and gigs and posts interviews with musicians like Sofia Rei, Al Di Meola, Terri Lyne Carrington and Patricia Barber.

A full-time writer by day, Andrei enjoys spending the evenings drinking wine and listening to jazz in the company of his wife, Ioana, and their Bichon puppy, Jazzie.

Andrew Lawston
5つ星のうち5.0 An exciting new voice in science-fiction!
2015年12月7日に英国でレビュー済み
Amazonで購入
Mindguard is a bold science-fiction debut novel from Andrei Cherascu, that takes well-established genre tropes (super soldiers, telepathy, a quest narrative), shuffles them in unexpected ways, and presents them through the eyes of a cast of well-drawn characters.

There are no straightforward heroes in Mindguard. Even the noblest characters have feet of clay, but then very few of the cast are wholly bad either. Cherascu goes into detail about their hopes, dreams, and even hobbies, so you come to feel sympathy for them regardless of their alignment in the complex plot. And of course, once you do feel sympathy for a character...

While the novel moves at a blistering pace, the first half of the book crams in a lot of world-building and establishes characters. It's only in the final 40% or so that everything kicks off, but once the action starts there is literally no way of predicting which of the characters are going to make it through to the end.

It's rare to read a truly satisfying self-published novel. Whatever the forum ninjas tell you, you're usually left with a sense of "well, that would have been jolly good, if only..." Mindguard is a refreshing exception to the cruel diet of disappointment. It has a whiff of greatness about it, and deserves the widest possible audience.
続きを読む
5人のお客様がこれが役に立ったと考えています
違反を報告する
レビュー を日本語に翻訳する

Avid Kindler
5つ星のうち4.0 Wide ranging, sometimes confusing, ultimately satisfying
2019年7月12日に英国でレビュー済み
Amazonで購入
The confusing bit first - there is a certain amount of jumping backwards and forwards in time (not time travel, but the narration of events) which threw out my mental gears. The most confusing was a report that announced the results of a mission which had not even started and which forms the bulk of the book. I was tempted to abandon it at that point, and a couple of times later on. I’m still doubtful that including the report was beneficial to the story.

The world building is good and the characters are well drawn and complex, with deeply hidden motivations that are gradually revealed, casting new light on what is happening. The scope of the story and the long-term manipulation of people and events by some of the characters reminded me of the style of Asimov’s Foundation series.
続きを読む
違反を報告する
レビュー を日本語に翻訳する

darryl donaghue
5つ星のうち4.0 Exciting new science-fiction!
2014年12月21日に英国でレビュー済み
Amazonで購入
I used to read sci-fi as a kid and was looking to get back into it when I came across MindGuard by Andrei Cherascu. I’m glad I chose such a good place to rekindle my love of the genre.

Mindguard is set in the far future where telepathy is used to reach into minds and gather information illegally. The story follows two Mindguards, specialists charged with protecting VIP’s minds from these hackers (think psychic bodyguards), as they escort a special ‘package’ through dangerous territory. I won’t spoil it any further, but suffice it to say you won’t be disappointed with the story.

Cherascu takes a modern fear and flings it far into the future. In true science-fiction tradition, his story is a warning about our current society, in particular unfettered invasions of privacy and abuses of information. It’s no easy feat to create a convincing future world, however Cherascu skilfully crafts a realistic and well-thought out universe with well-defined characters to match.

I’d recommend MindGuard to any science-fiction fan who is looking for a new voice in the industry.
続きを読む
2人のお客様がこれが役に立ったと考えています
違反を報告する
レビュー を日本語に翻訳する

Well written and sweeping in scope.

I read this novel slowly. The subject matter is not one to speed through. At the start, the incredibly complicated plot doesn't seem to be leading anywhere, but the information needs to be taken in. Each character plays an important role as the story reaches confrontation point.

Deep down, the philosophy strikes a chord in me. Two basic human needs struggle for supremacy—individualism and connection to all. The novel has left me with a longing for humanity to evolve.
続きを読む
1人のお客様がこれが役に立ったと考えています
違反を報告する
レビュー を日本語に翻訳する

Olwen
5つ星のうち5.0 A thoroughly good read, brilliantly constructed.
2019年7月23日に英国でレビュー済み
Amazonで購入
I downloaded this book to my Kindle as a holiday read. I was a ScFi book nut 40 years ago but ‘moved-on’ to terrestrial thrillers.
This book has rekindled (sic) my love of the genre.
The book is very well written, the story brilliantly constructed so that the reader swings between characters in an attempt to determine who are the ‘goodies’ and who are the ‘baddies’ throughout the book. There are excellent unexpected shocking events and twists and turns.
A thoughtfully good read.
続きを読む
違反を報告する
レビュー を日本語に翻訳する
すべてのレビューを参照します
問題を報告
この商品には、不適切な内容が含まれていますか?
報告
この商品は、著作権を侵害していると思いますか?
報告
この商品には、品質または書式設定の問題が含まれていますか?
報告