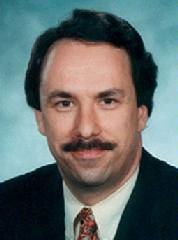 "The book will definitely be a part of the toolkit of the practitioners when the eventual large-scale migration of Pv4 addressing to IPv6 starts gathering momentum." (Desicritics.org, November 21, 2006)

Marc Blanchet is CTO at Hexago. Hexago sells an IPv6 deployment product which implements the TSP tunnel broker. Hexago is a spin-off of Viagénie, known for the 6tap exchange point, normos, freenet6, the Tunnel Setup Protocol and other IPv6 initiatives, all of which Marc was architect and co-implementor of. In his previous job at Viagénie, he was a network security consultant for enterprises, governments and providers. Marc co-founded the IPv6Forum, and is a member of the board and technical directorate. He is also director and member of the steering committee of the North American IPv6 task force. Marc was co-chair of the internationalized domain names (idn) IETF working group and co-chair of the IPv6 exchanges ad hoc working group. He has written several IETF drafts and RFC in both the IPv6(RFC3531) and idn (RFC3454, RFC3491) fields. Since 1999, he has been giving IPv6 tutorials at conferences such as Networld-Interop, INET, IPv6Forum, 3G, Security and to organizations, taught to many thousands of people, and he also co-authored the Cisco IPv6 course.
Marc received a master's degree in electrical engineering from Laval University.
Marc, as author, can be reached at author@ipv6book.ca