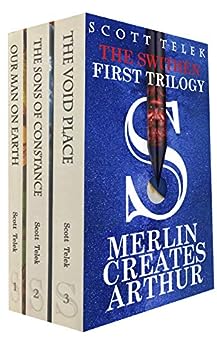 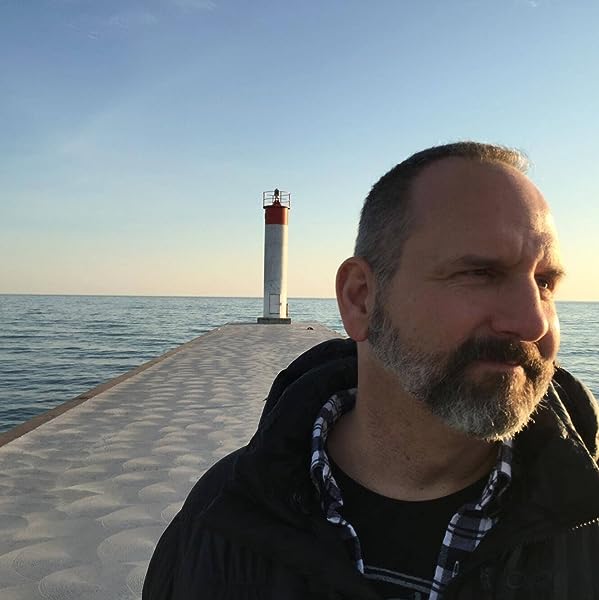 Three complete novels for one low price, plus bonus material for each book: a comparison of the novel to the actual legend, and an insightful author interview.

What epic events led up to the birth of Arthur, future king of Britain? The first three books of the acclaimed The Swithen series take us back to an unassuming small town in which Merlin is born, walk us through his remarkable movement to the side of kings, and finally display his incredible effort to create the child he will mold into the future King Arthur. Following as they do the real Arthurian legend, these novels are not so much sequels as one continuous story that climaxes in the birth of the future king.

“If the rest of them are as enjoyable as the three I have been fortunate enough to read thus far, it should be quite an impressive series… each successive book improves on what has gone before…” —MomKatReads, Amazon Review

The Swithen series is unique among Arthurian fiction as it remains faithful to the actual legend of King Arthur, laid down over 800 years ago. As you read, you will know that you are discovering the actual ancient legend of King Arthur, not some new, made-up story. And you will find it more mysterious, mystical, magical and entrancing than anything any modern author could make up.

In Book 1: Our Man on Earth, the devil impregnates a human woman in hopes of creating a man who will lead people into temptation. Her faith and fortitude resists him, and when she has the baby baptized, he is won to good, but allowed to keep his powers. This is Merlin, who then defends his mother at the trial for her life. This is a quiet, intimate novel of magic and surprising mother-son tenderness, a strikingly small beginning to the sprawling epic to come.

The scope widens considerably in Book 2: The Sons of Constance, in which Merlin leaves his mother’s side and takes to the company of kings. Called to assist tyrant king Vortiger, he witnesses a vicious battle between two dragons and watches as the throne passes to Pendragon, and later Uther, destined to become Arthur’s father. Magic and action come to the fore as we witness epic battles, macabre punishment for those who doubt the wizard’s abilities, the creation of the Round Table and the manipulation of kings, none of whom are sure if they’re really in command—or just pawns to the wiles of the cunning wizard.

Merlin’s plan comes to fruition in Book 3: The Void Place, a darkly engrossing psychological thriller suffused with lust, betrayal, deception, romance and court intrigue. In it, Uther loses himself in obsession over Igraine, the beautiful wife of one of his most loyal leigemen. His lust for her will drive the country into war, but give Merlin what he wants: a child born of nobility that he can mold into the future King Arthur.

“By the end, we have the baby Arthur, making all three books the lead-up to all that we know is to come. If you make it through this book, you will be hooked for the series. It leaves you in a spot where the story is poised to explode, which gives the exciting feeling that as gripping as this series has been, it’s just getting started.” —Judy K. J., Amazon review

Enter the world of The Swithen and have Arthurian kings, knights, ladies and one very special wizard brought to vivid life. These three books contain one momentous story, bringing us from nothing to the moment when King Arthur is born. Starting with the devil's creation of Merlin, it then movies through his transformation to good, and his incredible effort to bring the young Britain out of chaos through the creation of a king--the most incredible king the land will ever know.
続きを読む
Previous page
Next page
販売： Amazon Services International, Inc.
【買取サービス】 Amazonアカウントを使用して簡単お申し込み。売りたいと思った時に、宅配買取もしくは出張買取を選択してご利用いただけます。 今すぐチェック。

Poor Boy Sixtyish
5つ星のうち5.0 An unbelievably assured start to the most ambitious of projects.
2020年2月10日に英国でレビュー済み
Amazonで購入
When you in the series, (read about a writer unknown to you, who has plans to deliver a twenty five volume new take on the King Arthur Legend, beginning with this trilogy, you would maybe roll yours eyes and question just how good something is likely to be. Well, the simple answer is that 'Merlin begets Arthur', the first trilogy of this huge endeavour, (the fourth book will be with us shortly), is about as good as you could imagine it would be. I can't profess to have read a great many Arthurs apart from the source material and the likes of Rosemary Sutcliffe and just recently John Matthews, but I do have a great love and respect for Bernard Cornwell's Warlord Trilogy - which BC himself deems his personal favourite of all his books. Scott Telek's Arthur, we don't even meet in the first three books and that's because the stage is dominated by his version of Merlin, his conception, manipulation of three successive kings and ruin of two of them, and all before he has reached no more than thirteen without having any real empathy for human lives. This makes for a brilliant slant on the legend and the figure of Merlin, because he truly is only thirteen, even though he chooses to only appear so when with his mother. Ah, yes, Meylinde, (the name Scott gives her) is the first great triumph of the series. The quietly horrific story of the ruin of her family, impregnation by the devil, confinement and Merlin's first few years are a positive triumph, surely the first time anyone has written this tale, given scarcely any lines in the original sources. It's here that Scott Telek's greatest talent as a writer, (and there are a fair few!) comes to the light as I have rarely read anyone with such a grasp on a character's or characters inner dialogue, let alone the acuity of his psychological grasp of what makes folks tick.
But Meylinde and Merlin are only the start, (although perhaps my favourite of the books) as things grow progressively darker with the story of The Sons of Constance, although we have to dispose of the usurper Vorgigern before the aforesaid sons can kick of their own troubled reigns' In a series of three books filled with glories of character, landscape and the most carefully constructed of plots, always - if they at all can be - taken entirely from the sources and only further enhanced when there have been only a few lines for the author to play with - it is the incredibly moving and so memorably written sequence where the about-to-be beseiged Vortigern, disguises himself so that he can wander at will among first of all a few of his people and then the countryside which he clearly loves. The sequence is elegiac and tinged with the sadness that this flawed man was ready to understand the error of his ways. After his inevitable and appropriately glossed over end, it is the turn of the brothers Pendragon and Uther to bestride the stage, eager and ready for rule, with the more warrior like Uther happy to play second fiddle to his golden brother. But always behind the scenes there is Merlin, the brothers inherited curse and blessing, depending on your point of view, with that inability of his to feel empathy for humans. Only long after Pendragon has been laid to rest in a brilliantly conjured Stonehenge does this flaw in Merlin cause the greatest destruction - as we all know by now - to the weakening and besotted Uther and Igrayne of Cornwall, the woman who he loves yet may not have, unless --- Again Scott Telek evokes the awful madness, obsession and actual physical pain that is love and its predictably tragic end. Except that rarely does the author do that, or indeed ever behave in an unpredictable or expected way. - he's just far too good to sell you short.
I do have a small issue about the way he fronts it out at the beginning of the last book, The Void Place by apologising for the sexual assault to follow, because I do not think it is ever one in the way he himself portrays it and because he covers all that in the extra material at the end more than adequately. I've always thought that the jury is essentially out on just what you would call this magic haunted encounter, but with Merlin as unfeeling as he is here, his mother makes clear that the rape, if rape it is, is Merlin's more than it is the confused and unhappy Uther's, who does not enter into this deception happily.
There is also the question of Christianity, which is weighed up cleverly and balanced beautifully, where we can have redemption and penance, but wisely there is no mention of sin, as Arthur is a tale which for most of us must have none of that. And I suppose in conclusion, it's the way that Scott Telek has chosen to tell the tale that is most important in the end, for in choosing to do it in this way, he's given the story of Arthur, and of Merlin, Uther and Igrayne back to us - for which we already owe him a real debt of gratitude.

starborne
5つ星のうち5.0 Engrossing
2019年4月24日にアメリカ合衆国でレビュー済み
Amazonで購入
I'm still in the first volume, but I wish I could find more time to read! This is absolutely engrossing! It brings me into the medieval world as other versions of the Arthurian legend haven't. I'm really glad there are a couple more volumes!
続きを読む
3人のお客様がこれが役に立ったと考えています
違反を報告する
レビュー を日本語に翻訳する