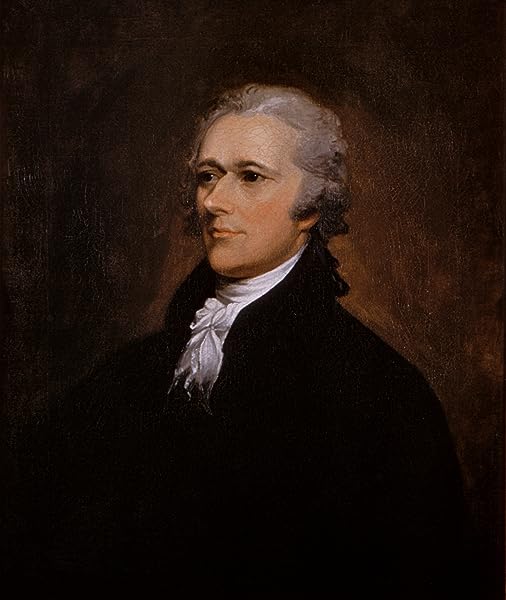 
While we were working on the covers of the repackaged mass market edition, I was intrigued
to see that one of the authors was an ex-New York Knick from one of the great championship
teams of my youth. I read Jerry Lucas's introduction with some curiosity and was hooked
immediately. I, too, had spent a great deal of my childhood inventing alphabetical and
numerical games. (As a result, I can still recite the phone numbers of a dozen or so elementary-school friends from thirty years ago!) I realized that I still used some of these tricks, but that there were even more ways I could use letters, numbers, and symbols to retain information. The techniques are interesting and ultimately fun. Oh, and let's not forget helpful.

Memory systems date back to antiquity. In the ancient world, a trained memory was of vital importance. There were no handy note-taking devices, and it was memory techniques and systems that enabled bards and storytellers to remember their stories, poems, and songs.

Early Greek and Roman orators delivered lengthy speeches with unfailing accuracy because they learned the speeches, thought for thought, by applying memory systems.

What they did, basically, was associate each thought of a speech to a part of their own homes. These were called “loci,” or “places.” The opening thought of a speech would, perhaps, be associated to the front door, the second thought to the foyer, the third to a piece of furniture in the foyer, and so on. When the orator wanted to remember his speech, thought for thought, he actually took a mental tour through his own home. Thinking of the front door reminded him of the first thought of his speech. The second “place,” the foyer, reminded him of the next thought; and so on to the end of the speech. It is from this “place” or “loci” memory technique that we get the time-worn phrase “in the first place.”

Although Simonides (circa 500 B.C.) is known as the father of the art of trained memory, scraps of parchment dating back a thousand years or so before Simonides state that memory techniques were an essential part of the orator’s equipment.

Cicero wrote that the memories of the lawyers and orators of his time were aided by systems and training and in De oratore he described how he himself applied memory systems.

It’s important to realize that oratory was an important career during those early days. “We should never have realized how great is the power [of a trained memory],” wrote the philosopher Quintilian, “nor how divine it is, but for the fact that it is memory which has brought oratory to its present position of glory.”

The ancients also knew that memory training could help the thinking process itself. From a fragment dated about 400 B.C. we learn that “A great and beautiful invention is memory, always useful both for learning and for life.” And Aristotle, after praising memory systems, said that “these habits too will make a man readier in reasoning.”

During the Middle Ages, monks and philosophers were virtually the only people who knew about and applied trained-memory techniques. The systems, whose use was mostly limited to religion, were basic to some religions. For example, memory systems were used to memorize Virtues and Vices, and some priests and philosophers taught that memory systems showed “how to reach Heaven and avoid Hell.”

In 1491, Peter of Ravenna wrote The Phoenix, which became the best known of all early memory-training books and brought the art of trained memory out into the lay world. During the fifteenth and sixteenth centuries, many other books were written on the subject.

King Francis I of France used memory systems, as did England’s Henry III. Shakespeare is held to have used trained-memory systems—his Globe Theater was called the “memory theater.” Philosophers of the seventeenth century taught memory systems (Francis Bacon has one in his book The Advancement of Learning), and some scholars insist that Leibniz invented calculus while searching for a memory system that would aid in memorizing numbers.

So you see, there’s nothing really new about trained-memory techniques. Unfortunately, the techniques fell into disuse for centuries. Some people who did practice them were actually regarded as witches. It’s true that memory systems remained in use as a source of entertainment for others—in our own century, vaudeville players used memory systems to perform “mental tricks” onstage—but they were seldom if ever used for practical purposes or serious learning. Here and there someone would try to bring the systems to the fore again, but without success.

In a book titled Memory, William Stokes, a philosopher and memory teacher of the 1800’s, summarizes the degree of public interest in the art of trained memory:

It is true … that notwithstanding the records of the past and the achievements, triumphs, and trophies of the present, the “educated,” the intelligent masses—the world—know not and seem not to care to know its wondrous worth. The adoption of the science by a few paltry thousands cannot be regarded as anything when we consider the countless myriads peopling the earth—when we realize the fact that it is as essential to the proper exercise and full development of our intellectual existence as proper breathing is to our physical well-being; in spite of all that has been said and done, we may say comparatively—almost absolutely—that the art is a thing unknown!

There can be little doubt that before long, it will be generally recognized as an established science; and posterity will look back, and regard … this plea on behalf of memory … as an indication of the intellectual darkness of this age of boasted enlightenment.…

Let us hope that the day will come when it shall be considered as great a disgrace not to use memory systems as it is at present not to read!

Stokes’s book was published in 1888. Nearly a century later, it is our pleasure to bring the art of trained memory back into the foreground—not only by teaching memory systems, but by bringing them to a level that the ancient (and not-so-ancient) thinkers would never have conceived as being within the realm of possibility.

Harry Lorayne is the world's foremost memory training specialist and the author of ten bestselling books, including The Memory Book, coauthored with Jerry Lucas.

Jerry Lucas is the author, with Harry Lorayne, of the bestseller The Memory Book: The Classic Guide to Improving Your Memory at Work, at School, and at Play.
続きを読む

Kindle Customer
5つ星のうち5.0 Could prove VERY useful.
2018年12月31日に英国でレビュー済み
Amazonで購入
This book describes a memory system which is so useful that you honestly wonder why we aren't all taught it soon after the alphabet and number pairs! It would help a lot with History GCSE for starters! Despite Google, we still do actually need to remember stuff, and not only for exams and pub quizzes, but also for making those links between stored bits of information that is part and parcel of being creative.

I did wonder if the system was going to turn me into a certifiable crazy person at times: the things going on in one's head often do not bear repeating, but it really does help you store and save and reproduce far more information than one otherwise would normally manage.

M. King
5つ星のうち5.0 Does the job wonderfully
2020年10月31日に英国でレビュー済み
Amazonで購入
For reasons known only to myself I wanted to memorise the order of a shuffled deck of cards.

About an hour after reading the requisite chapters it was job done.

Works perfectly and explained in a way a numpty like me can understand.

Well worth the money.

B. Bishop
5つ星のうち5.0 An invaluable guide to memorising.. . anything
2018年12月25日に英国でレビュー済み
Amazonで購入
I had a copy of this book in paperback many years ago and have used its techniques to memorise some obsure and hard to remember facts for as long as I can remember. I deceided to buy the Kindle version and revisit some of its tips and tricks. This is one of those books that everyone should read.
続きを読む
2人のお客様がこれが役に立ったと考えています
違反を報告
レビュー を日本語に翻訳する

Thomas J.
5つ星のうち4.0 Fantastic guide to improving memory. Well worth a read.
2016年1月24日に英国でレビュー済み
Amazonで購入
A classic book on memory improvement. Thoroughly recommended. Has improved my memory from being so bad that it made me a liability at work to being one of my strongest assets. Would be a solid 5 stars if it wasn't for the font size. Rather small dense text makes for difficult reading if your eyes aren't what they used to be. The content itself however, is wonderful.
続きを読む
9人のお客様がこれが役に立ったと考えています
違反を報告
レビュー を日本語に翻訳する

bruce winchester
5つ星のうち3.0 Not a bad book but there are better ones on the subject.
2021年2月2日に英国でレビュー済み
Amazonで購入
I didn't dislike this book but I feel that there are better memory books out there. Try 'how to develop a brilliant memory week by week' or 'the memory book' by Tony Buzan. I found these were better books for the techniques and layout.
続きを読む
違反を報告
レビュー を日本語に翻訳する
すべてのレビューを参照します
トップへ戻る
Amazonについて
Amazonでビジネス
Amazonでのお支払い
ヘルプ＆ガイド
日本語ショッピングのための言語を選択します。 日本ショッピングのための国/地域を選択します。
© 1996-2020, Amazon.com, Inc. or its affiliates