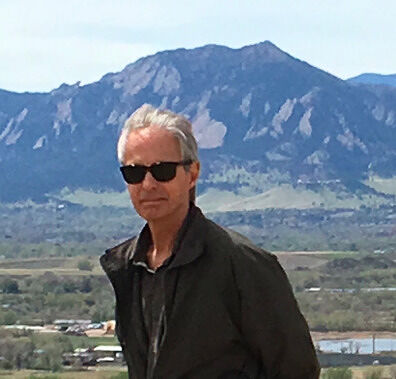 "Cummins addresses problems facing naturalistic theories of representation in cognitive systems. After providing a sophisticated survey of the strengths and defects of traditional and recent proposals, he develops his own 'interpretational' approach in some detail. Given the unusual clarity and concision with which he writes, there is no question that the book will be tremendously useful to any student of cognitive science or philosophy of language and mind."--Georges Rey, University of Maryland

"Cummins has written an immensely useful book. Although this is an area with a complex and confusing literature, Cummins manages to keep things short, simple and clear... Those who want to become informed about aboutness will not do better than start here."--David Papineau, Times Higher Education Supplement

& quot; Cummins has written an immensely useful book. Although this is an area with a complex and confusing literature, Cummins manages to keep things short, simple and clear... Those who want to become informed about aboutness will not do better than start here.& quot; -- David Papineau, Times Higher Education Supplement

" Cummins has written an immensely useful book. Although this is an area with a complex and confusing literature, Cummins manages to keep things short, simple and clear... Those who want to become informed about aboutness will not do better than start here." -- David Papineau, Times Higher Education Supplement

Robert Cummins is Professor of Philosophy at University of Illinois-Urbana/Champaign.

Philonous
5つ星のうち3.0 Very Dense for beginners...
2013年5月26日にアメリカ合衆国でレビュー済み
Amazonで購入
I must confess, I'm somewhat of a beginner when it comes to mental representation and the problem of intentionality and I found this book very dense to read. I understood first couple chapters but it became much more difficult after I got into the chapter about Locke's version of Co-Variance. The author Robert Cummins presupposes a lot of things that I simply don't follow (or due to my somewhat limited concentration). This is ironic, because earlier I read a book called  The Mechanical Mind: A Philosophical Introduction to Minds, Machines and Mental Representation  by Time Crane, which is far more easier and comprehensible to read than Cummins' book. I also read another book by Georges Rey (who incidentally helped Cummins write his book and then reviewed it) called  Contemporary Philosophy of Mind: A Contentiously Classical Approach , which is a pretty interesting book on Computationalism (specifically called Computational-Representational Theory of Thought or CRTT) and I find it easier to read despite it's apparent sophistication. This does not mean that Cummins lack clarity and rigor, he clearly has both virtues but there are other things about mental representation that I am not familiar with. Overall, Cummins tries to argue against the common view that tries to explain representation in terms of intentionality and attempts to separate both of them apart from each other in order to simply explain representation with Interpretationalist approach that explains representation as a kind of simulation of things in general rather than a specific content that represents specific things. Throughout the whole book, he overviews, evaluates, and criticizes different approaches to Mental Representation such as Similarity, Covariance (which he spends a lot on), Adaptation, Semantic Interpretation, Functional Roles, and Connectionism. I think this is where the problem of density comes in: how Cummins reviews (as well as criticize) each approach pretty much assumes what the reader will understand what he is trying to say.

Overall, this is an interesting book, but it proves to be a pretty dense reading material for me. I do not recommend this book for any other beginners, but I would recommend it to people who are already pretty familiar with the debates on Mental Representation. Three-Stars does not indicate that his book is awful, I'm in no position to make that kind of claim, but it does indicate how pleasant my reading experience is. So far it wasn't pleasant, it proves to be very difficult to read, and I am left somewhat unsatisfied, although I did learn something. I am thinking about coming back to this book in the future, perhaps I will re-edit my review in the future.
続きを読む
違反を報告
レビュー を日本語に翻訳する

AMAZNUSR
5つ星のうち5.0 Valuable read
2016年9月2日にアメリカ合衆国でレビュー済み
Amazonで購入
A valuable inquiry into the nature of mental representations. One of its most valuable assets is the historical analysis of how mental representations have been developed by past philosophers. While the book is older (before the connectionist and dynamical systems research programs took hold in cognitive science), the book still stands up well for those interested in the philosophy of mind.
続きを読む
違反を報告
レビュー を日本語に翻訳する
すべてのレビューを参照します
トップへ戻る
Amazonについて
Amazonでビジネス
Amazonでのお支払い
ヘルプ＆ガイド
日本語ショッピングのための言語を選択します。 日本ショッピングのための国/地域を選択します。
© 1996-2020, Amazon.com, Inc. or its affiliates