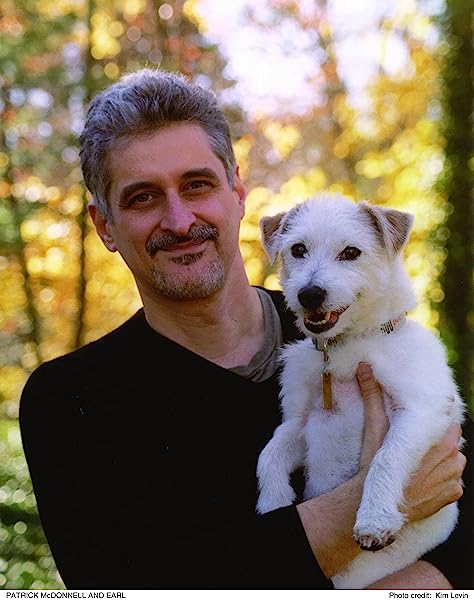 In his characteristic heartwarming style, Patrick McDonnell tells the story of the young Jane Goodall and her special childhood toy chimpanzee named Jubilee. As the young Jane observes the natural world around her with wonder, she dreams of "a life living with and helping all animals," until one day she finds that her dream has come true. With anecdotes taken directly from Jane Goodall's autobiography, McDonnell makes this very true story accessible for the very young--and young at heart.

One of the world's most inspiring women, Dr. Jane Goodall is a renowned humanitarian, conservationist, animal activist, environmentalist, and United Nations Messenger of Peace. In 1977 she founded the Jane Goodall Institute (JGI), a global nonprofit organization that empowers people to make a difference for all living things.
続きを読む
Previous page
Next page

"This remarkable picture book is one of the few that speaks, in a meaningful way, to all ages."―Booklist, starred review

"Children will appreciate McDonnell's original format and take heart that interests logged in their own diaries might turn into lifelong passions."―Kirkus Reviews, starred review

"McDonnell's skill as a cartoonist enables him to express Goodall's joy, wonder and satisfaction with a simple stroke of the pen."―New York Times

"[A] tender homage... engaging... an appealing and satisfying introduction to a well-known scientist and activist."―School Library Journal

"McDonnell's concentration on [Goodall's] childhood fantasies carries a strong message to readers that their own dreams--even the wildly improbable ones--may be realizable, too."―Publishers Weekly

Patrick McDonnell is the author and illustrator of Tek: The Modern Cave Boy, Thank You and Good Night, A Perfectly Messed-Up Story, The Monsters' Monster, and Me...Jane, a Caldecott Honor Book. He is also the creator of the internationally syndicated comic strip Mutts, which inspired his picture books The Gift of Nothing, Hug Time, and others. He lives in New Jersey.
Kindle化リクエスト
このタイトルのKindle化をご希望の場合、こちらをクリックしてください。

Doola
5つ星のうち5.0 Jane Goodall for youngsters..wonderful!
2015年5月30日に英国でレビュー済み
Amazonで購入
Jane Goodall and her scientific research in Africa was a childhood inspiration and hero for me. How thrilled I was to discover this delightful picture book aimed at young children to introduce them to this amazing lady and her accomplished life. The illustrations are just gorgeous and right at the very end instead of an illustration there is a photo of Jane Goodall reaching out her hand to a chimpanzee and the reader discovers that the story is about a real person...it's such a wonderful moment !
続きを読む
3人のお客様がこれが役に立ったと考えています
違反を報告する
レビュー を日本語に翻訳する

shewfleck
5つ星のうち5.0 Me...Jane
2014年3月8日に英国でレビュー済み
Amazonで購入
A lovely simple book for children to learn about and amazing and inspiring woman. I loved that it was about a real person, and not a simpering princess being rescued by a prince - again.
続きを読む
4人のお客様がこれが役に立ったと考えています
違反を報告する
レビュー を日本語に翻訳する

Mairead
5つ星のうち5.0 Inspiring book for nature connection
2021年1月21日に英国でレビュー済み
Amazonで購入
What an inspiring book. Used this in a lesson about nature connection and obserbstional drawing and the children fell in love with Jane and were inspired by her curiosity in nature.
続きを読む
違反を報告する
レビュー を日本語に翻訳する