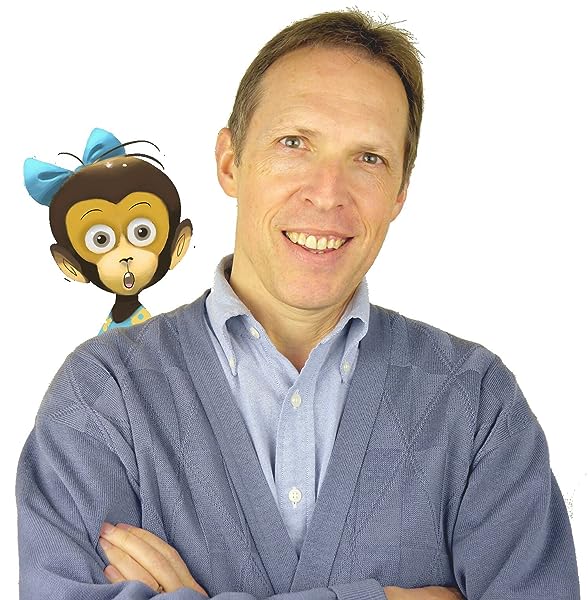 Adam Beck is the author of the popular books Maximize Your Child's Bilingual Ability and Bilingual Success Stories Around the World, both praised worldwide by parents and leaders in the field of child bilingualism for their practical and empowering approach to the bilingual aim. He is also the author of the playful picture book for adults titled I WANT TO BE BILINGUAL! (illustrated by Pavel Goldaev), which emphasizes the most important information parents need for realizing joyful success on a bilingual journey. In addition, he created 28 Bilingual English-Spanish Fairy Tales & Fables, a language learning resource containing short, simple texts on dual-facing English and Spanish pages. This engaging book, with online audio, is useful for any learner of Spanish or English, from kids to adults. Adam is the founder of the influential blog Bilingual Monkeys and the lively forum The Bilingual Zoo. Along with his books and his online writing, he provides empowering support to bilingual and multilingual families through personal coaching, online and off, and through speaking appearances at conferences and workshops worldwide. He is on the consultation team at the Harmonious Bilingualism Network (HaBilNet), led by Annick De Houwer. An educator for over 30 years, Adam has worked with hundreds of bilingual and multilingual children as a classroom teacher and private tutor. Originally from the United States, he has lived in Hiroshima, Japan since 1996 and is raising two trilingual children in Japanese, English, and Spanish. He attended college in New York, graduate school in San Francisco, and was a Peace Corps Volunteer in the Czech Republic, where he taught English at the University of West Bohemia in the city of Plzen. Adam also has a background in theater arts and worked for many years in children's theater as a director and playwright. He is the author of the award-winning humorous novel for children and adults titled How I Lost My Ear (illustrated by Simon Farrow), which critics have called an extraordinary imaginative achievement and compared to the best of Roald Dahl.
１分以内にKindleで Maximize Your Child's Bilingual Ability をお読みいただけます。

Amazon Customer
5つ星のうち5.0 Love this book.
2016年8月24日に日本でレビュー済み
Amazonで購入
I bought the kindle version and it's so readable, I sped through it. There are so many good ideas I'm going to have to go back and read it again slowly and take notes. Nice amount of humour in the book too: it's educational but also a fun read. This is the kind of book that gets through to me, as it's not just theory, it's real life and real examples. I've already started implementing a lot of Adam's suggestions and I'm really pleased. Would thoroughly recommend this book.
続きを読む
役に立った
違反を報告
レビュー を日本語に翻訳する

Robert
5つ星のうち5.0 A father’s spirit
2020年6月16日に日本でレビュー済み
Amazonで購入
A very nice book! I can feel the author’s spirit as a father. I like it. Thank you!
続きを読む
役に立った
違反を報告
レビュー を日本語に翻訳する

Amazon Customer
5つ星のうち5.0 Thoughtful and Immediately Useful
2016年4月19日に日本でレビュー済み
As an American ex-patriot and father of a bilingual family in Japan, I was thrilled to find the community of bilingual parents and children which Adam has founded online. Maximize Your Child's Bilingual Ability is the perfect guidebook for our family's ongoing multi-lingual journey. Adam deftly combines anecdotes from his own experience with a depth of technical knowledge and invaluable research to present a comprehensive program to support any family's language learning goals. His sensitivity to the thousand daily struggles and gifts of fatherhood in a global family are always a joy to read.

This is a book that I will return to for reference and for inspiration again and again.

Amazon カスタマー
5つ星のうち5.0 Get this book!
2017年7月4日に日本でレビュー済み
Adam breaks this daunting task down into very understandable and actionable elements -- it is fun - and motivating - to read and there will be parts of it that will stick with you; you will take action and succeed on your bilingual mission as a result. If you are raising a bilingual child, get this book, period.
続きを読む
役に立った
違反を報告

Amazon customer
5つ星のうち5.0 Get your head in the game
2020年7月20日に日本でレビュー済み
Before you jump into steering your children towards bilingualism, you, as the parent, need to have a mindset and framework to prepare you for the trials ahead. The first half of Adam's book provides objectivity for how to approach the daunting task. The viewpoints introduced have the reader consider things from several angles.

The second half of the book contains more practical tasks and activities for what do with with and for children. Some are generalized and can be applied in most settings; some are rather specific to certain families. Therefore, some of the advice should be taken with a grain of salt at face value, but in no way does it mean that the advice is not worthy of consideration.

All in all, a good read to get started with helping your children to discover bilingualism.

Amazon Customer
5つ星のうち4.0 He replied to all my emails extremely promptly and I can't say all author can be that easily accessible or available
2016年11月18日に英国でレビュー済み
Amazonで購入
All in all, I would say it's a book worth your time if you are aiming to raise bilingual kids. It offers enough practical tips and ideas for you to work out a new language learning routine straight after reading.

The first half of the book is about adjusting your mindset and attitudes towards the task, which is necessary but probably one touch too lengthy and repetitive. The second half is where the author offers solid ideas and advice - the part that really earned the stars for the book in my case. The author is very hard on the idea of training your kids from birth as that was what he did, which was distressing for me as i have already missed the crucial first years but still hoping that I would find some answers from this book. I did find them, through personal emails to the author, and if I look past what was said about teaching from birth, I can say most of his ideas are actually all applicable for bilingual teaching from later years too.

Adam was amazingly helpful and encouraging at a personal level. He replied to all my emails extremely promptly and I can't say all author can be that easily accessible or available. He makes a reader feel very welcome and included and probably will be one of those pioneers that you'd want to hold on to during the lonely years of bilingual battles.

Creative Luxury Ltd
5つ星のうち5.0 Useful tips how to raise a multilingual child
2020年8月30日に英国でレビュー済み
Amazonで購入
I was very pleased with the book. It provides an overview of the different approaches multilingual families can take and also gives a lot of practical tools that parents can do to improve their child's multilingual skills. It has helped our family massively to raise our daughter speaking three languages.
続きを読む
1人のお客様がこれが役に立ったと考えています
違反を報告
レビュー を日本語に翻訳する

AbbiG
5つ星のうち5.0 I loved Adam's book
2018年4月26日に英国でレビュー済み
Amazonで購入
I loved Adam's book. It confirmed my view that raising bilingual children is possible if you put in the work day in day out - and does not require dual language schooling. Lots of ideas and ways to implement a language rich environment even if you're the main source of your children's minority language and you work full time like the author. It's given me lots of ideas to work on. Thanks!
続きを読む
3人のお客様がこれが役に立ったと考えています
違反を報告
レビュー を日本語に翻訳する

Cliente Amazon
5つ星のうち5.0 Great read!
2021年9月4日に英国でレビュー済み
Amazonで購入
Very useful insight and tips for teaching languages to your child. I found the book easy to read and resourceful for my bilingual journey with my son. Essential reading for someone committed to the challenge of ‘Maximising your child’s bilingual ability’!

There are some repetitions through the book; however, I believe these are important to make sure the reader understands and absorbs key steps of the journey. This book will give anyone the motivation and useful guidance for raising a bilingual child. Recommended!