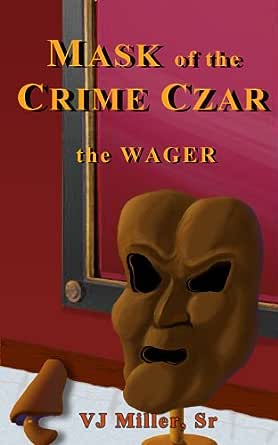 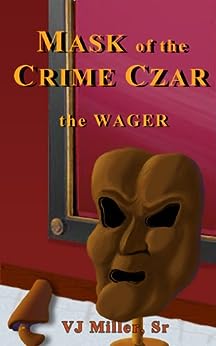 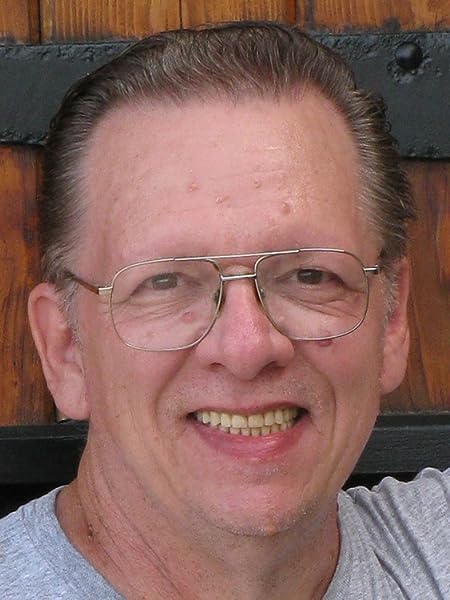 Mask of the Crime Czar - the Wager (English Edition) Kindle版

It is late Winter in the year of 1990. Jason Parks is an ex-NYPD Detective turned Private Investigator… and he’s also a Drunk. There’s nothing new about this combination; it happens all too often in detective stories. The difference here is that, through a billion to one accident he has acquired certain abilities. The accident opens up a whole new set of frustrations and tests of his resolve while dragging his psyche nearly to the breaking point.
Coping with his altered life while wrestling with the dilemma of whether he should use his abilities to assist local law enforcement or mind his own business, fosters an internal debate that has him questioning just about every move he makes. There is also the local media that can’t make up its collective mind if he is a champion of Good or a force for Evil.
The trail to catch the Crime Czar in his quest to take over and run the Mobs in the city takes Jason from Philadelphia to New York City where he must dispose of the demons of his past there, then back to the City of Brotherly Love to forestall a bloodbath between the local Mob Boss and his challenger. The trail of deceit and betrayal, suspicion and lies, takes Jason from the skies to the ground and deep under it
Will Jason overcome: the frustration, accusations, mistrust and his own internal strife and self-doubt or will he: turn his back, wipe his hands clean of it all and walk away? Even he is not sure of the outcome.

Victor Miller (1948 - ) has always loved to read and draw. He would have opted to be an illustrator of comic books but fate chose an alternate path. In his late 30s he was given a copy of the "Writer's Digest" by accident and the writing bug soon took hold. He did freelance writing and illustration for an independent magazine titled "Comic Effect". His short stories were printed in obscure magazines, "Stygian Articles" and "Keene Science Fiction". Both magazines now out of business. His novel "Mask of the Crime Czar" was begun 20 years ago and first saw print under the Title of "The Power of Mindforce". Poor sales told him the title was all wrong for the book and it needed a serious rewrite; giving it a darker tone. Now, along with a sequel to "Mask" he has compiled the best of his short stories and novellas into an anthology titled, "Realms Uncharted: tales From the Past, Present & Future" that is now on sale through Kindle Books. The covers on both books were designed and rendered by Victor using the latest Photoshop techniques.

Rey
5つ星のうち5.0 Pleasantly Surprised
2011年11月29日 - (Amazon.com)
Amazonで購入
I read 4 to 5 thriller, action, crime fiction novels per month. When I found out a friend had written one, I decided to give it a try. I read it in three sittings. Once I was about a fiftth of the way in, I couldn't put it down. The author already is a talented artist. Although, I am not really big on super hero books this one captivated me from the begining. The main character is believable and when you find out how he obtained his powers and utilizes them you immediately support his efforts. I enjoyed every chapter and the book ends with enough questions that a sequel should be in the making. I will be watching this author as he has the talent to be right up there with the top writers. The book was written in such a way that it is safe for young people to read. I am passing this one on to my 18 year old step son who is a huge Marvel fan. This one fits right in. Thanks.
続きを読む
1人のお客様がこれが役に立ったと考えています
レビュー を日本語に翻訳する

Peg
5つ星のうち5.0 Pure Enjoyment
2011年12月20日 - (Amazon.com)
Amazonで購入
I was only going to read this book to support a friend, however from the first page the story had me hooked! I am not a big reader of detective novels, but I have to say this book took me to a level that has me wanting a sequel. The hero in the book was believable as well as the rest of the characters. I am amazed with how the story came together and had me finish it in two readings. Once I find an author that can capture my imagination I become a loyal follower, so I will wait with baited breath for this author to publish another title that I can get lost in. As an avid reader I hope I don't have to wait to long!!
続きを読む
1人のお客様がこれが役に立ったと考えています
レビュー を日本語に翻訳する