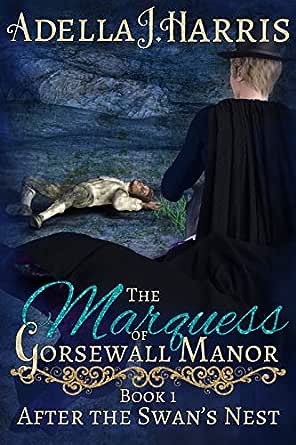 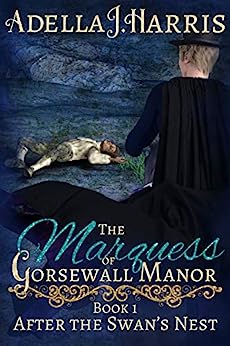 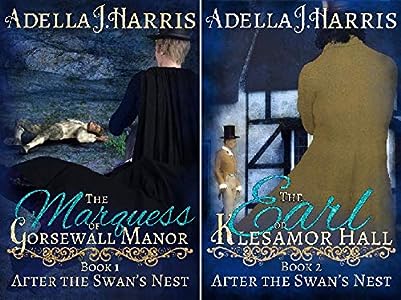 Greatgreenbird
5つ星のうち4.0 A lot going on...
2020年11月30日に英国でレビュー済み
Amazonで購入
I've read a bunch of historical m/m but I have to admit, this is the first time that someone has actually used the criminal system of the time to set up the rest of the story, so I'm left unsure whether I'm impressed or horrified. In this case, our protagonist is arrested in a molly house raid while in the company of another man, one of the two with whom he spends a lot of time, and both are sentenced to the pillory and hard labour. Managing to escape the former, partly by his friend taking his place in the confusion of the sentence being meted out, Thomas flees London and heads north in search of somewhere to hide.

Eventually, he finds himself in Yorkshire, having spent a good part of his journey in dark alleys with local men in order to earn a coin or two to keep body and soul together. During his latest illicit encounter, Thomas' path crosses with a mysterious well-dressed man and when he later passes out on the moors and wakes to find he's been rescued, no prizes for guessing whose house he's in!

Mysterious well-dressed men who pick up unconscious people from the moors are also apparently in the habit of finding reasons for said people to stick around, in this case a job cataloguing the hall's extensive library, no strings attached. Which is a bit disappointing for Thomas, who would very much like to repay this kindness by a little attention to his employer's needs much like the ones that got him into trouble in London.

All this is complicated by a bit of a murder mystery, as our host's fiancee disappeared before the wedding, with her father insistent that she was murdered and everyone else suspecting she'd run off with someone else. Yes, there's a lot going on in this plot, along with a bunch of servants who can't seem to decide how deferential they're going to be at any one time, which jarred a bit - Thomas is in one of those limbo positions, technically, not quite a servant but not a guest either, and everyone below stairs seemed to accommodate him no matter what.

Anyway, everything gets resolved by the end of the book, apart from Thomas' poor friend who's still doing hard labour, though it appears as though he'll get his end away in book 2 of this series. Not sure whether I'll bother, though.

MollyMouse
5つ星のうち4.0 Big surprise as I began reading
2019年11月5日にオーストラリアでレビュー済み
Amazonで購入
I would recommend to anyone over the age of 15.
Unusual and captivating chapters.
Held my interest all the way, loved the characters.
続きを読む
違反を報告
レビュー を日本語に翻訳する

RV
5つ星のうち2.0 After a dreadful start, a decent if transparent romance/mystery
2018年10月23日にアメリカ合衆国でレビュー済み
Amazonで購入
This is an almost decent, if somewhat transparent, mystery-romance, but few will know it as the first two thirds of the novel are dreadful. It reads more like a very, very (very) long first draft - needing a kitchen cleaner more than a few snips to trim it down. The romance between Thomas, convicted of sodomy but escaping with the tagged clothes on his back, and Julian, a titled aristocrat who finds him unconscious and feverish, never really connects - the author tells us they're passionate but I didn't feel it (and for those who interested, the two sex scenes are pretty tame).

I think the author, with some polishing, could evolve into a decent romance writer. She is at her best when writing dialogue, but only works up to what the book is really about in the last third of the novel - when the characters actually have something to talk about and reasons to take actions. The first 2/3rds of the book is over-narrated, with too much exposition on attitudes and emotions best left for the reader to experience or more often do obvious that they're not really worth exposition. It's a real slog to get through and I frequently felt the urge to give up, finding something less irritating to read (if interested, I recommend KJ Charles, Joanna Chambers, Ruby Moone, Lee Welch and, to a lesser extent, Cat Sebastian).

I hope this writer keeps working - she CLEARLY has the passion and tenacity for this genre. I'd love to read a better paced, fighter work by her.
続きを読む
16人のお客様がこれが役に立ったと考えています
違反を報告
レビュー を日本語に翻訳する

Wintermask
5つ星のうち3.0 A few problems
2019年1月19日にアメリカ合衆国でレビュー済み
Amazonで購入
I enjoyed this book a lot but there are a couple things that keep me from giving it more than 3 stars. First, the pace was slow. The mystery really didn’t get started until halfway through the book and the romance moves almost as slowly. For awhile there I didn’t think there was even going to BE a romance, the characters were being so cagey. Second, the titular marquess (though his father is referred to as an earl at one point in the book, which would make him an earl too AND there is actually no other mention of the family’s title through the whole book) is a cypher. He is too closed off for us to ever really get a sense of his personality. Third, there are enough copy editing errors that they were noticeable. Not many, but if you are sensitive to such things, you will probably notice them, and I generally knock a star off for poor copy editing. I wouldn’t want to keep anyone from reading this, especially as I think it was free when I read it, but I’m not sure I would have wanted to pay for it.
続きを読む
7人のお客様がこれが役に立ったと考えています
違反を報告
レビュー を日本語に翻訳する
すべてのレビューを参照します
click to open popover
Amazonプライム会員ならお急ぎ便、日時指定便が使い放題
さらに、映画もTV番組も見放題。200万曲が聴き放題 。クラウドに好きなだけ写真も保存可能。
> プライムを無料で試す