メインコンテンツにスキップ
Kindleストアでは、 The Man Who Mistook His Wife for a Hat (Picador Classic B...を、今すぐお読みいただけます。さらに常時開催中のセール＆キャンペーンもチェック。 Kindle版の詳細はこちら 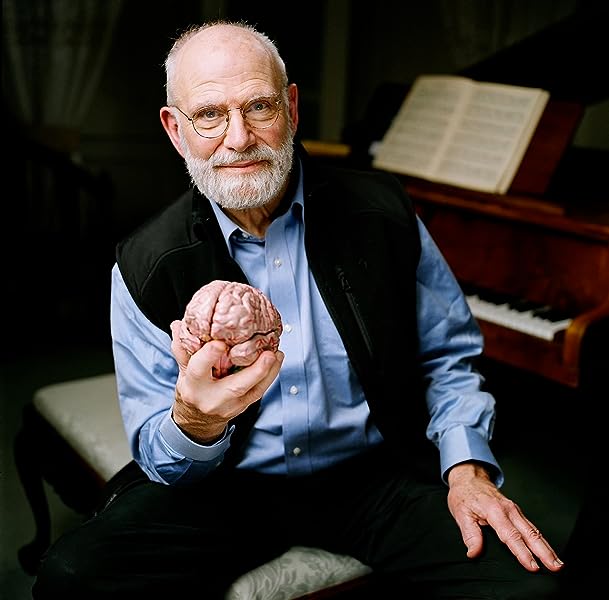 A decidedly original approach . . . In addition to possessing the technical skills of a twentieth-century doctor, [Sacks] sees the human condition like a philosopher-poet. The resultant mixture is insightful, compassionate and moving . . . he recounts these histories with the lucidity and power of a gifted short-story writer . . . a masterpiece of clinical writing * New York Times * This book is for everybody who has felt from time to time that certain twinge of self-identity and sensed how easily, at any moment, one might lose it * The Times * Dr. Sacks's most absorbing book . . . His tales are so compelling [because] many of them serve as eerie metaphors not only for the condition of modern medicine but of modern man * New York Magazine * Populated by a cast as strange as that of the most fantastic fiction . . . Dr Sacks shows the awesome powers of our mind and just how delicately balanced they have to be * Sunday Times * Oliver Sacks has become the world's best-known neurologist. His case studies of broken minds offer brilliant insight into the mysteries of consciousness * Guardian * A gripping journey into the recesses of the human mind * Daily Mail *

Oliver Sacks was born in 1933 in London and was educated at Queen's College, Oxford. He completed his medical training at San Francisco's Mount Zion Hospital and at UCLA before moving to New York, where he soon encountered the patients whom he would write about in his book Awakenings. Dr Sacks spent almost fifty years working as a neurologist and wrote many books, including The Man Who Mistook His Wife for a Hat, Musicophilia, and Hallucinations, about the strange neurological predicaments and conditions of his patients. The New York Times referred to him as 'the poet laureate of medicine', and over the years he received many awards, including honours from the Guggenheim Foundation, the National Science Foundation, the American Academy of Arts and Letters, and the Royal College of Physicians. In 2008, he was appointed Commander of the British Empire. His memoir, On the Move, was published shortly before his death in August 2015.
１分以内にKindleで The Man Who Mistook His Wife for a Hat をお読みいただけます。

Bluecashmere.
5つ星のうち3.0 "An Arabian Nights Entertainment."
2019年3月20日に英国でレビュー済み
Amazonで購入
I have been trying to understand why I find this much-celebrated book vaguely unsatisfying. In view of its extraordinary subject matter, it should be a riveting read, yet I find it rather dull. Recently, I read Janov’s “Why You Get Sick and How You Get Well”, a totally compelling and invigorating read, demanding at times but so lucidly written. I wonder what group of people, Sacks had in mind as potential readers. It seems to me to rather titivate the lay reader, while blinding him/her with science at the same time.

What we have is a seemingly random series of accounts of patients, who had failed with other medical professionals, but who succeeded insofar as it was possible with him. Beneath the surface there is the irritant of Sacks’ egocentricity.
We are introduced to a wide range of neurological conditions: tilting bodies, aphasia, Parkinson’s, Tourette’s syndrome, autism and others. Some are really extraordinary, such as the identical twins suffering from autism, who have an astonishing ability to see numbers, often of numerous digits, provided that they are prime numbers. There seems to be little doubt that Sacks drew out special abilities in many different fields that others had overlooked owing to pigeon-holing the subjects, often in the light of their tested IQs. There is plenty of scientific reference to underpin Sacks’ conclusions. What we do not have is the broader contexts in which these people lived: their social connections, often whether or not they are permanently in institutions or whether they are able to function to a degree within society at large.

I don’t think that I have really answered my own question, but hope that I might have given a few pointers as to why I am unable to enthuse more warmly about this book.
続きを読む
41人のお客様がこれが役に立ったと考えています
違反を報告
レビュー を日本語に翻訳する

Philip M
5つ星のうち3.0 Compared to Sacks' other books this is tedious and unsatisfying.
2019年12月19日に英国でレビュー済み
Amazonで購入
As with some other reviewers, I found this book quite unsatisfying. Oliver Sacks was enormously experienced and widely respected – yet this book just didn’t hold my attention. I found it somewhat tedious – there was just no enthusiasm injected into this interesting subject.

Indeed it reads like a list of his consultations, in no particular order or connection. Symptoms and conditions are described but without any real compassion or insight, but almost with a sense of scientific analysis. I was left with a feeling that these poor individuals appeared to paraded as oddities, somewhat of a circus sideshow.

Eventually I gave up, and it took me few months to venture into another of Sacks’ books “Musicophilia” – which was extremely compelling, fascinating and highly compassionate. This is a book I would highly recommend.
続きを読む
11人のお客様がこれが役に立ったと考えています
違反を報告
レビュー を日本語に翻訳する

Miss Nesbitt
5つ星のうち5.0 Devastating...
2019年5月28日に英国でレビュー済み
Amazonで購入
Incredible man, incredible book. It was recommended to me to read during my Psychology degree. Did I bother reading it then? Nope. But I have finally got around to it. Much of it is already known from my studies but still a very interesting read. A very sad state of affairs for some patients mentioned in the book but very interesting to see just what the brain will put up with, how it translates after a trauma and how people adapt. Worth a read, each chapter is a short story about a new person.
続きを読む
10人のお客様がこれが役に立ったと考えています
違反を報告
レビュー を日本語に翻訳する

Laura Jayne
5つ星のうち5.0 A favourite neuropsychology book!
2018年6月3日に英国でレビュー済み
Amazonで購入
This book tells of many neurological disorders by telling the stories of patients encountered by Oliver Sacks. It is split into four parts - losses, excesses, transports, the world of simple - each which goes through relevant “disorders” to that title. A very interesting read as a psychology graduate/student. Would recommend to anyone with an interest in neuropsychology!
続きを読む
11人のお客様がこれが役に立ったと考えています
違反を報告
レビュー を日本語に翻訳する

Joe Lonsdale
5つ星のうち2.0 Frankly a little boring.
2019年10月31日に英国でレビュー済み
Amazonで購入
The medical cases described are quite interesting but the surrounding analysis, at least for a layman like myself, seems rather dull and repetitive. Again, the patients are interesting but the author doesn't really delve very deeply into the background context and emotional details that a layman might find interesting. Additionally, as very little treatment is discussed (or maybe possible) and none of the cases are cured or even improved, the book ends up reading like an annotated list of curiosities that become less interesting, by familiarity, as the list goes on. Probably more interesting to budding neurologists than casual readers. I enjoyed some of the authors later books far more.
続きを読む
4人のお客様がこれが役に立ったと考えています
違反を報告
レビュー を日本語に翻訳する
すべてのレビューを参照します
トップへ戻る
Amazonについて
Amazonでビジネス
Amazonでのお支払い
ヘルプ＆ガイド
日本語ショッピングのための言語を選択します。 日本ショッピングのための国/地域を選択します。
© 1996-2020, Amazon.com, Inc. or its affiliates