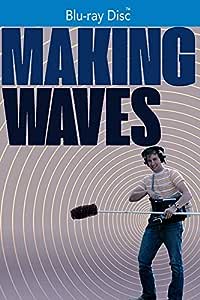 Thomas
5つ星のうち5.0 Excellent! Absolutely Excellent!
2020年2月17日 - (Amazon.com)
Amazonで購入
This documentary was behind what I imagined. It in fact was a true and powerful look into the art of sound design. Thank you to all the creators involved.
続きを読む
1人のお客様がこれが役に立ったと考えています
レビュー を日本語に翻訳する

Paul Allaer
5つ星のうち4.0 A movie lover's delight from start to finish
2020年2月5日 - (Amazon.com)
"Making Waves: The Art of Cinematic Sound" (2019 release; 94 min.) is a documentary about the importance of sound in movies. As the movie opens, we get a quick introduction and we then dive straight into some notorious sound designed movies such as the original Star Wars and Saving Private Ryan.

Couple of comments: the is the directing debut of Midge Costin, himself a veteran and well-accomplished sound editor and designer. While we get a chronological recap of the advance of sound in movie history (going from silent movies to "talkies", etc.), the documentary really focuses on three big names in the movie sound universe: Walter Murch (Francis Ford Coppola's sound guy), Ben Burtt (George Lucas' sound guy), and Gary Rydstrom (Steven Spielberg's sound guy). Of course a LOT of other people pipe in as well. For us movie lovers, the main fun and enjoyment is to see how sound is not just merely recording what happens on a movie set, but that in fact sound is built up from the ground in its many different aspects (voice, sound effects, music), and that there is indeed a "sound script" just like you have a "movie script". The documentary is chock full of movie clips, one more enjoyable than the other, but with the extensive looks at how Star Wars and Apocalypse Now were sound designed stealing the limelight (for me anyway).

"Making Waves: The Art of Cinematic Sound" showed up in mid-January out of the blue for what turned out to be a one week run at my local art-house theater here in Cincinnati. The Wednesday evening screening where I saw this at was attended poorly (6 people in total), but enjoyed immensely but the small crowd. If you are a movie lover in any way, shape of form, I would readily suggest you check this out, be it in the theater (unlikely at this point), on Amazon Instant Video, or shortly on DVD/Blu-ray, and draw your own conclusion.

Victoria R. Sampson
5つ星のうち5.0 A must see!
2020年2月14日 - (Amazon.com)
Every film lover and student should see this film. And not just because I'm in it, but because my mother in law of over 25 years saw it and turned to me and said, "oh is THAT what you do!"
続きを読む
2人のお客様がこれが役に立ったと考えています
レビュー を日本語に翻訳する
Amazon.comのカスタマーレビューを見る(3) 5つ星のうち4.6
Amazonプライム会員ならお急ぎ便、日時指定便が使い放題
さらに、映画もTV番組も見放題。200万曲が聴き放題 。クラウドに好きなだけ写真も保存可能。
> プライムを無料で試す