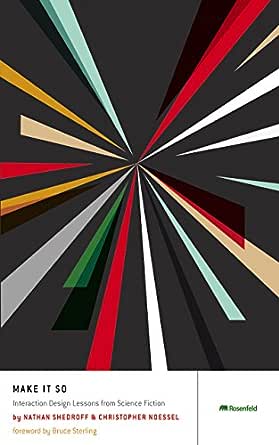 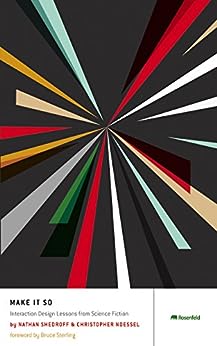 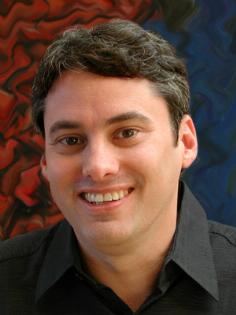 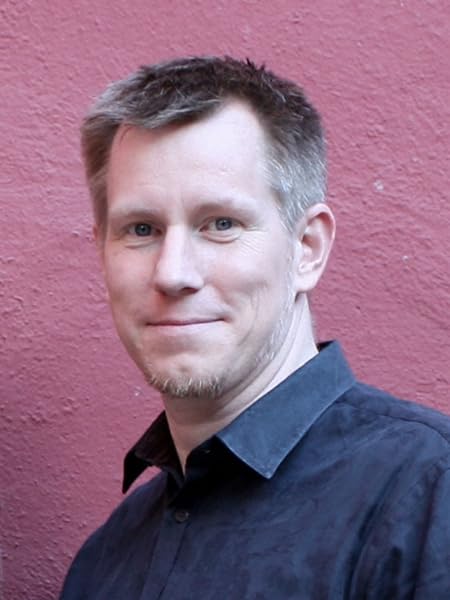 Marta
5つ星のうち5.0 Perfect for interaction designers
2019年3月21日にブラジルでレビュー済み
Amazonで購入
I use this book to help me with a paper about space ship design, comparing real and fictional, at my interaction design post-degree. As a huge fan of Star Trek, I keep reading it because it's so fun and full of trivia. It really helps to understand why media portraits sci-fi the way it does and the real life usability lessons it gave to us.
続きを読む
違反を報告
レビュー を日本語に翻訳する

Jonatan Austigard
5つ星のうち5.0 Loved it!
2014年5月10日に英国でレビュー済み
Amazonで購入
It contained everything i wanted + more. It was well written, engaging and fun to read. As a student writing a thesis on the subject I'm super happy i found this book.
続きを読む
違反を報告
レビュー を日本語に翻訳する

Amanda C. Peterson
5つ星のうち5.0 Smart, fun and insightful: why aren't all business books done this way?
2012年10月19日にアメリカ合衆国でレビュー済み
Amazonで購入
No joke. This is the best book related to design strategy I've ever read.

As a content strategist and taxonomy consultant, I've worked with UX and IA folks since the dawn of the Web and, while we're all aiming for usability and ease, sometimes the metaphors just aren't there.

Trying to read books on usability has been... laughable. Filled with jargon, outdated before they're printed and more useful in curing insomnia than usability issues.

Obviously, Make It So is not that book.

First, by using sci-fi, it establishes a common metaphor that makes talking about interaction tangible, real and understandable - rather than an ethereal or theoretical thing to guess at. Whether someone's read the book or not, it helped me talk about big concepts through simple examples in Star Trek, for example.

Secondly, it's a fun read, which is rare in business books, no matter how useful. I found myself wanting to read it, sneaking a chapter in whenever possible and making notes about principles I wanted to put in place, as well as a few movies I wanted to see.

I saw William Gibson speak about sci-fi storytelling once. A screenwriting student asked him how he was able to envision the future of computing so well in Neuromancer. He said (roughly) that he was glad that he hadn't seen or used a computer before he wrote it and that the first time he actually used one, he was sorely let down - that experience with computers would have prevented him from, well, inventing cyberspace.

That insight and that magic is exactly what's captured in Make it So. Through the lens of on-screen sci-fi (movies and TV), the authors take the public's hopes and fears for technology, the Platonic ideal of interaction and turn it into simple, relevant, useful, jargon-free imperatives that can apply directly (or in the case of brain-based interfaces, more indirectly) to the most basic interface choices, universal across web design, product design and, I would imagine, the future of fiction as well.

Erik A. Saltwell
5つ星のうち3.0 An interesting topic but not so well executed
2013年7月30日にアメリカ合衆国でレビュー済み
Amazonで購入
God, I wanted to love this book but alas it was not to be.

The idea behind the book, that we can push the frontiers of UX design by looking at how UX design is done in Science Fiction TV and movies, seemed like a really great idea, and after the early chapters (particularly the first chapter on mechanical UX) seemed very promising.

In the end, however, this book felt a little bit too much like a laundry list of how SciFi has treated various categories of 'fantastic' UX, covering topics like volumetric displays and natural input. There are definitely jewels to be found in this data, and I definitely walked away with some learning, but if the authors had chosen to drill deep on a few core learnings rather then going for breadth, I think I would have walked away with more actionable data than was the case.
続きを読む
4人のお客様がこれが役に立ったと考えています
違反を報告
レビュー を日本語に翻訳する
すべてのレビューを参照します
click to open popover
Amazonプライム会員ならお急ぎ便、日時指定便が使い放題
さらに、映画もTV番組も見放題。200万曲が聴き放題 。クラウドに好きなだけ写真も保存可能。
> プライムを無料で試す